Anatomy of a Photo: PROSPECT PLACE AND 42ND STREET

An in-depth examination of a 1926 photo made at the intersection of 42nd Street and Prospect Place, just prior to the arrival of Tudor City. At the time, the neighborhood was an ill-kept patchwork of rundown rowhouses and tenements. 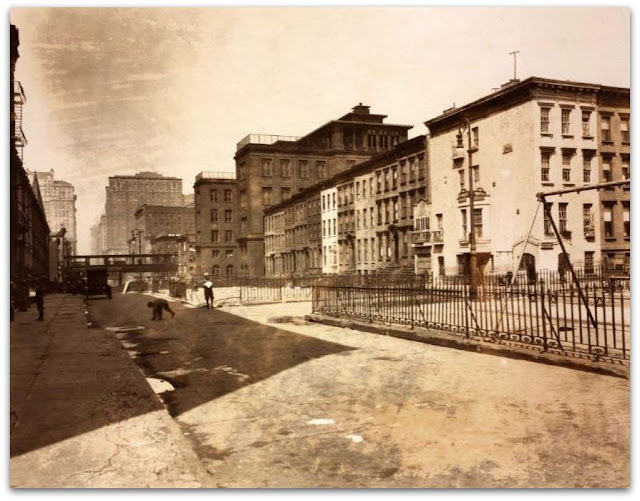 Above, the entire photo, looking west down 42nd Street. The roadway where the children are playing is one of the ramps leading up to Prospect Place; the fences enclose a makeshift playground atop the 42nd Street tunnel (later replaced by the Tudor City Bridge). 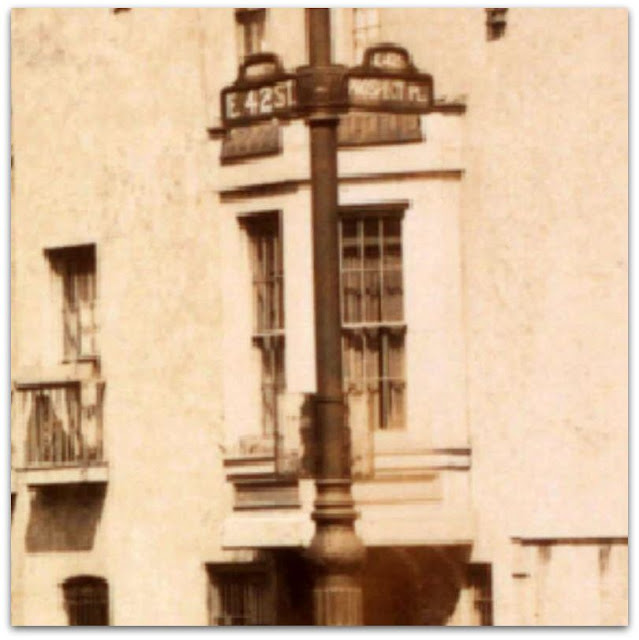 Zooming in on the street sign on northwest corner of the intersection. 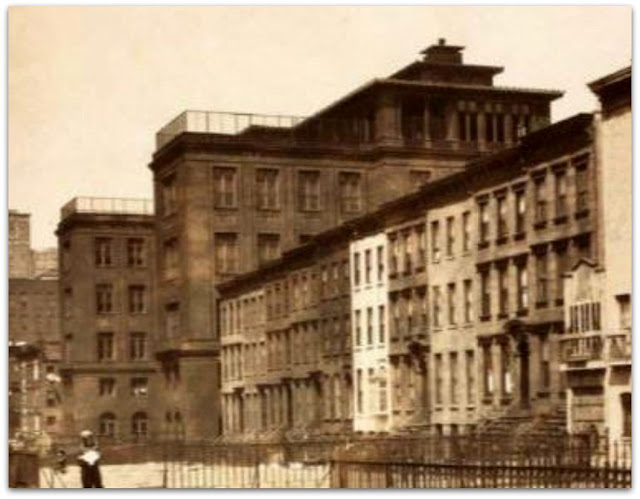 On the north side of 42nd Street, the taller building is the Hospital for the Ruptured and Crippled, now the site of the Ford Foundation headquarters. Abutting it, a string of 1870s rowhouses that were purchased by the French Company for the planned community, but never developed. Today, stone staircases and a children's playground stand in their place. 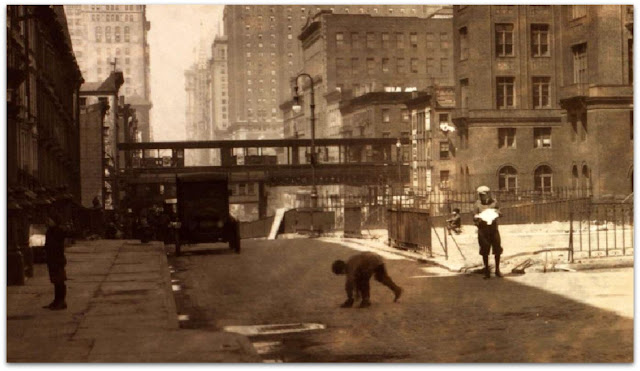 Two kids in knickers playing in the street. Background center, the 42nd Street station of the Second Avenue El. 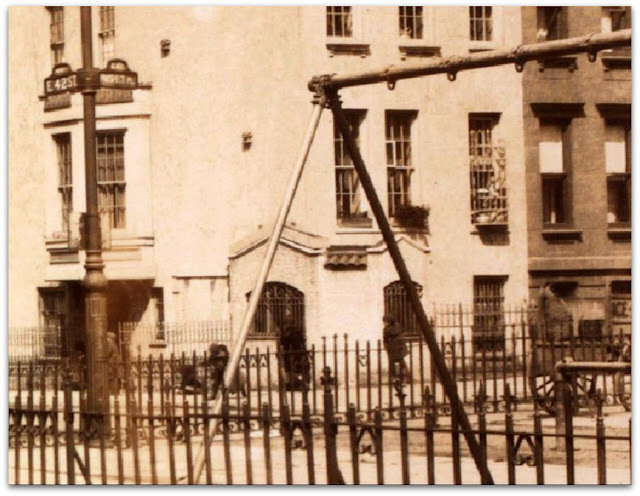 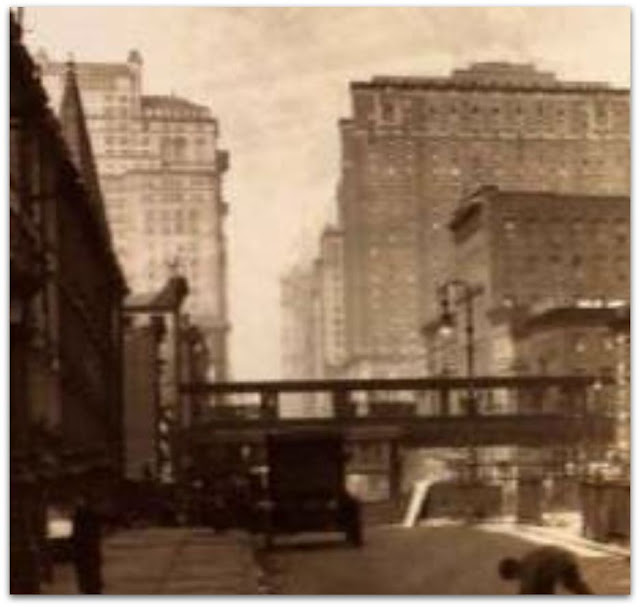 Looking west down 42nd Street, the view of newly erected skyscrapers that sold Fred French on the viability of a planned community near a business district. The steeple in the upper left corner belongs to the Church of the Covenant, the only building still standing in the entire photograph.