First in a a series of posts spotlighting specific Tudor City buildings. We begin with Prospect Tower, known within the French Company as the First Unit. 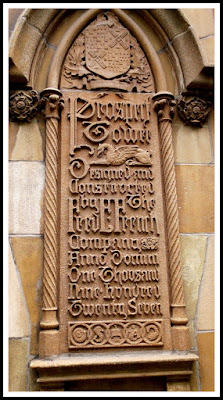 - Opens September 30, 1927, first building completed in Tudor City. Faced with brick, trimmed with sandstone and terra cotta.
- Said to be one of the first three skyscrapers in the world built for residential use.
- 22 floors, 403 apartments, 2 penthouses. Most apartments are studios and one bedrooms.
- Home to restaurant and grocery spaces that remain restaurant and grocery spaces to this day.
- Opened as an apartment hotel (efficiency apartments offering hotel amenities like room service, and maid and laundry services, for an additional fee. All resident calls come through a central switchboard).

At left, the pointed-arch plaque at the entrance reads

Prospect Tower is best known for its two spectacular rooftops: 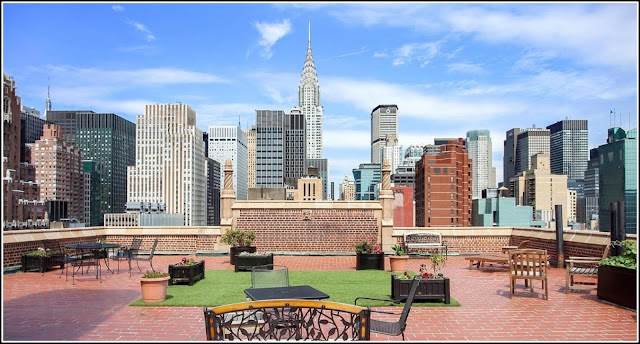 The North Roof, popular with residents and film crews. 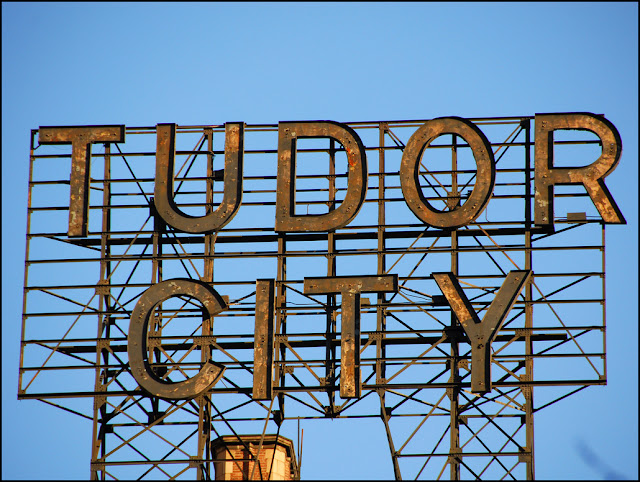 The South Roof, home to the beloved Tudor City Sign

We conclude this survey of the First Unit with two images from a 1930 brochure: