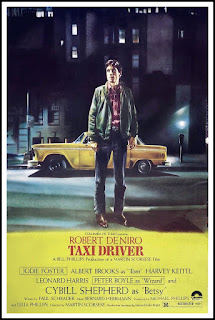 In this month's edition of Tudor City on Film, this indelible sequence from the 1976 Martin Scorsese picture, Taxi Driver. The story of Travis Bickle, a psychotic cabbie in '70s New York, the movie made stars of De Niro and Scorsese and received four Oscar nominations (including Best Picture and Best Actor).

While the Tudor City scene does nothing to advance the movie's plot, it chillingly illustrates Bickle's precarious state of mind. As the scene begins, the cabbie picks up a fare in front of McAnn's Bar and they proceed to Tudor City. 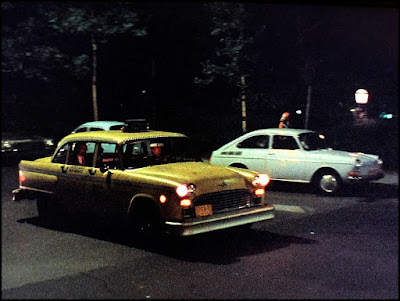 The cab drives up 41st Street past the South Park. . . 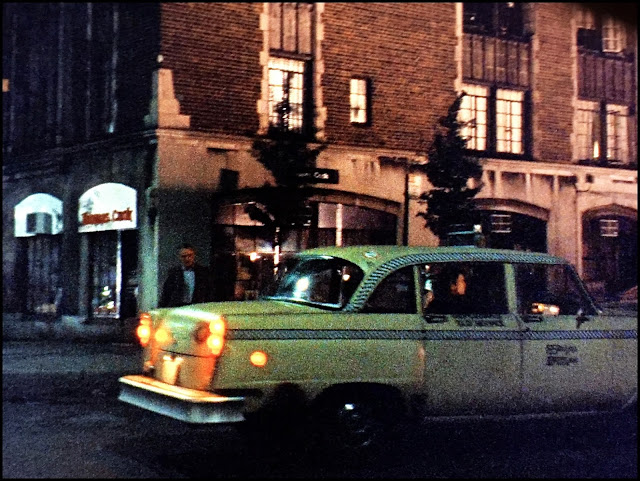 . . .and stops in the cul-de-sac adjacent to Tudor Tower. (The corner store, today Conran's Bike Shop, was then a Thomas Cook travel agency.) 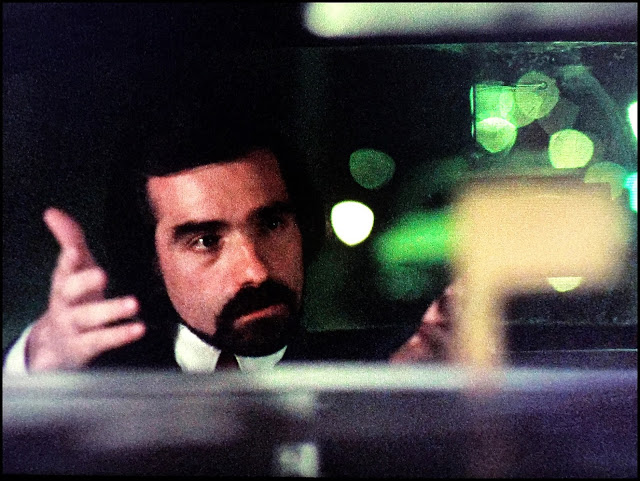 It's quickly apparent that the passenger (played by a jittery Martin Scorsese) is completely deranged. He tells Bickle that his wife's having an affair with a man in a Tudor Tower apartment. 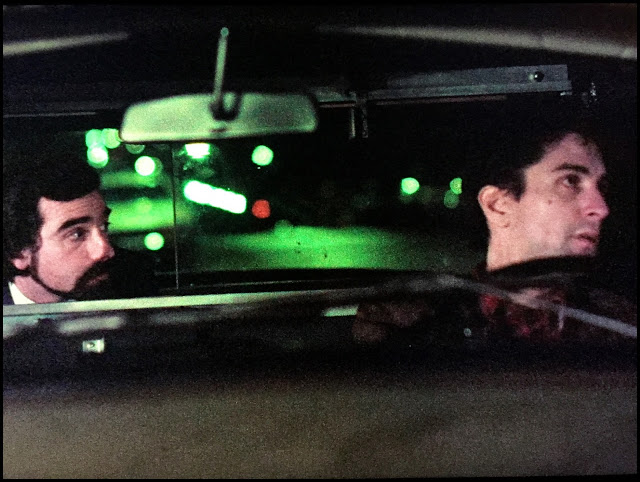 "There, on the second floor," the passenger says. The two men glance over to see. . . 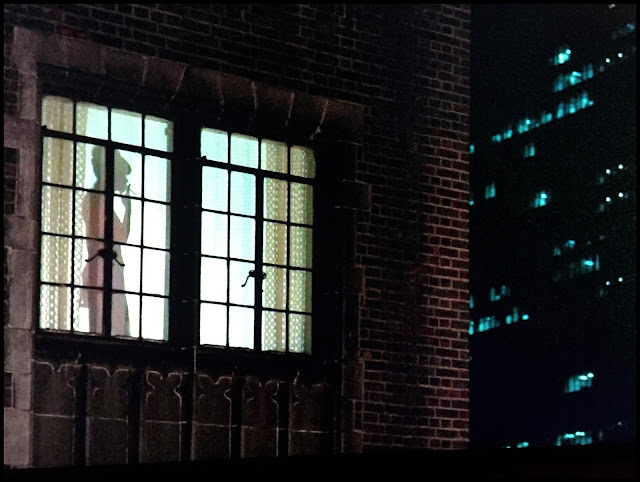 . . . the passenger's wife, languidly smoking a cigarette and gazing out at the lights of the United Nations.

The passenger spells out his plan for revenge in a long, scatological monologue. "Did you ever see what a .45 Magnum pistol can do to a woman's face?" he asks. The taxi driver listens numbly. There's an abrupt cut to the next scene.