During the '40s and '50s, Prospect Tower's north roof functioned as a sundeck open to all Tudor City residents. Tudor City View, a free monthly magazine published for the community, spelled out the rules for its use:

⬩ Sun worshipers are requested to wear dressing gowns over their sunsuits ‒ going and coming ‒ and to use the north elevator of Prospect Tower.

⬩ Portable radios not permitted, nor are cameras ‒ unless you have a special permit from the office. No sunbathing is permitted in the two private parks. 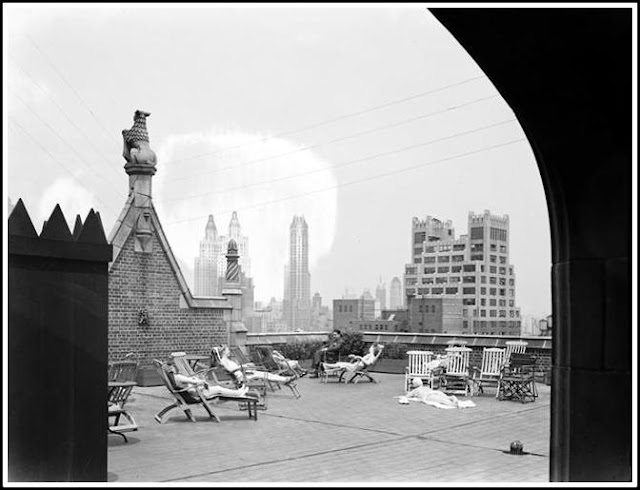 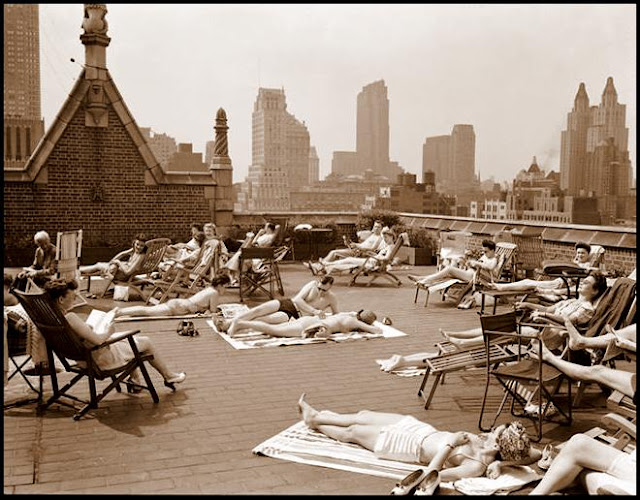 A hybrid of gossip columnist and journalistic demagogue, Winchell was one of the most famous and most powerful men in America in the '40s and '50s thanks to a weekly radio show and daily syndicated newspaper column. The latter was a roiling stew of dozens of short items, delivered in Winchell's trademark telegraphic style and peppered with slang and newly coined words.

Given the thousands of items he churned out every year, Winchell had certainly name-checked Tudor City before, but on August 7, 1953, he turned his attention to the community sunroof. 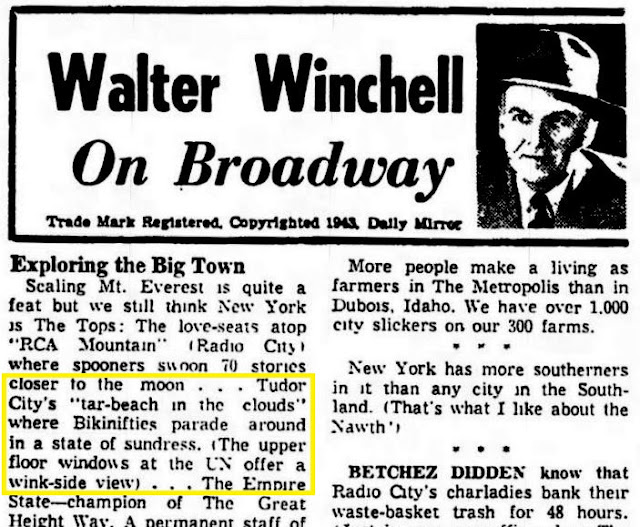 
. . . Tudor City's "tar-beach in the clouds" where Bikinifties parade around in a state of sundress. (The upper floor windows at the UN offer a wink-side view.)

It's classic Winchell, with made-up words ‒ tar beach, bikinifties, wink-side views – and a tone skittering between lecherous and snide.