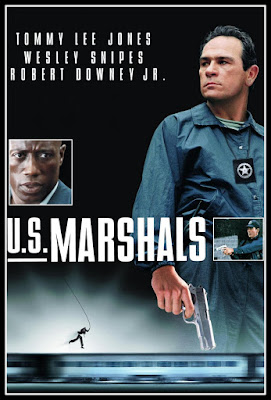 It's the sequel to The Fugitive, and though there's no Harrison Ford this time around, Tommy Lee Jones reprises his Oscar-winning role as U.S. Deputy Marshal Sam Gerard.

It opens with a bang, a set-piece airplane crash sequence that rivals the train derailment in the original picture. The plot's familiar enough: the marshals are on the trail of a new fugitive (Wesley Snipes) desperately trying to clear his name. The Tudor City sequence takes place in and around No. 45. 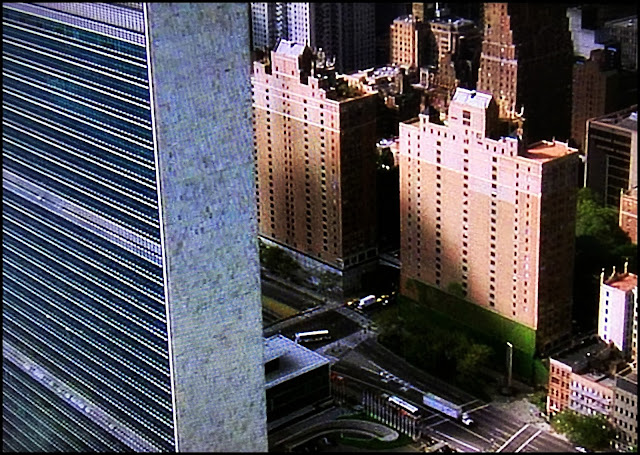 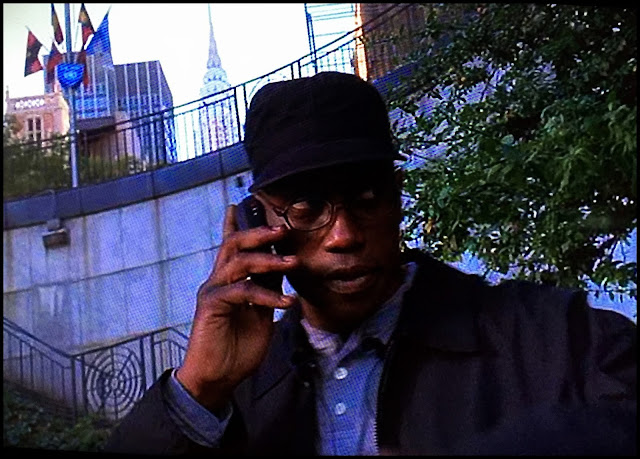 . . .where fugitive Wesley Snipes (at the Isaiah Wall) is looking for an apartment. 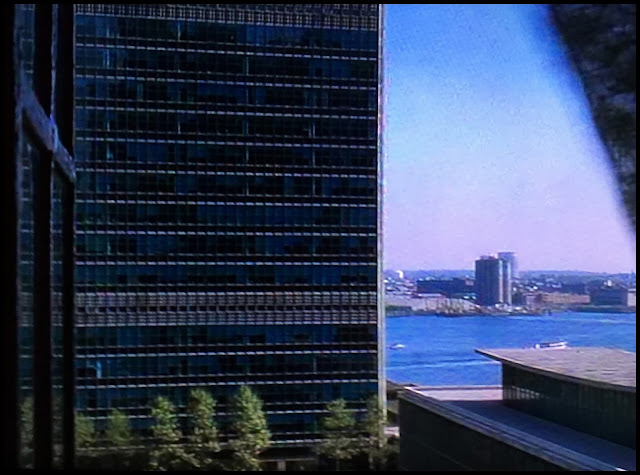 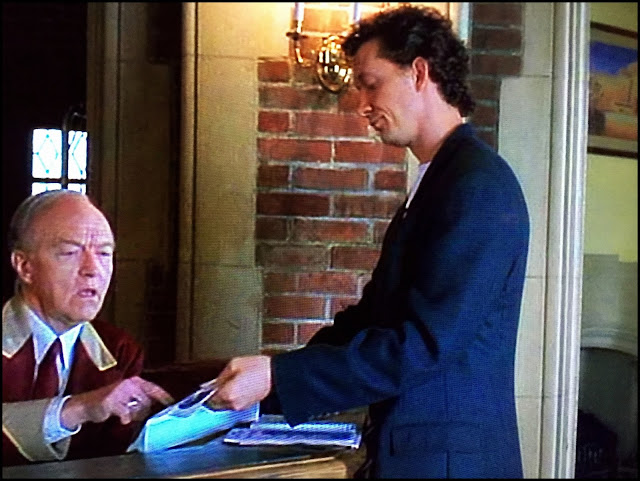 The marshals track the fugitive to No. 45, confirmed by a deskman who IDs his mug shot. 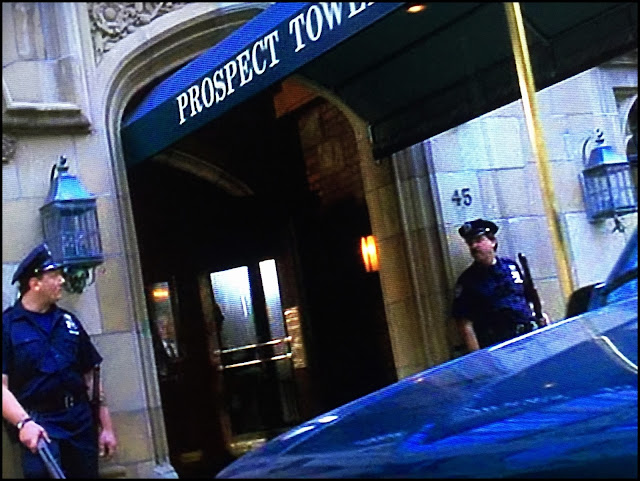 They call out the cops, but it's too late: the fugitive has eluded them. . . 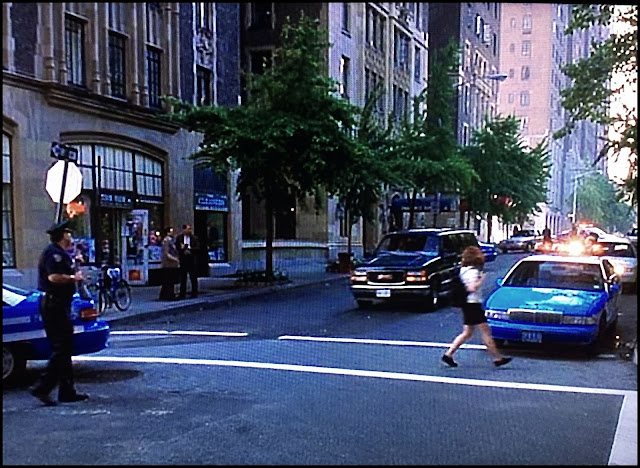 . . .and the action shifts elsewhere.