Continuing our survey of individual Tudor City buildings, here's the lowdown on The Cloister, known within the French Company as the Fifth Unit. 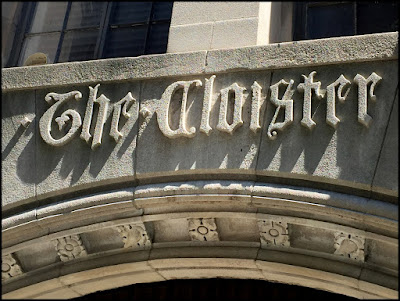 - 10 stories, 143 apartments, 6 penthouses. Units are a mix of studios, one bedroom and two bedroom apartments. All are "housekeeping apartments," with larger kitchens than in the tower buildings.

- Best known for its extensive facade decoration, including a four-story stone-and-terra-cotta frontispiece at its entrance, leaded glass windows, a parapet rendered in a checkerboard motif, lions along the roofline and an elaborate water tower pavilion. 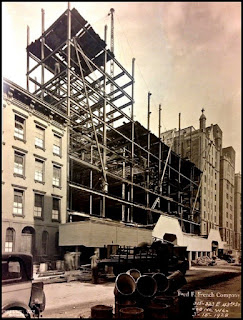 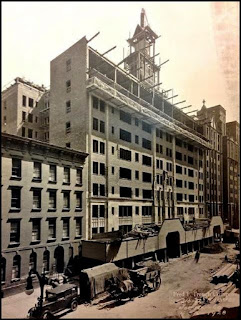 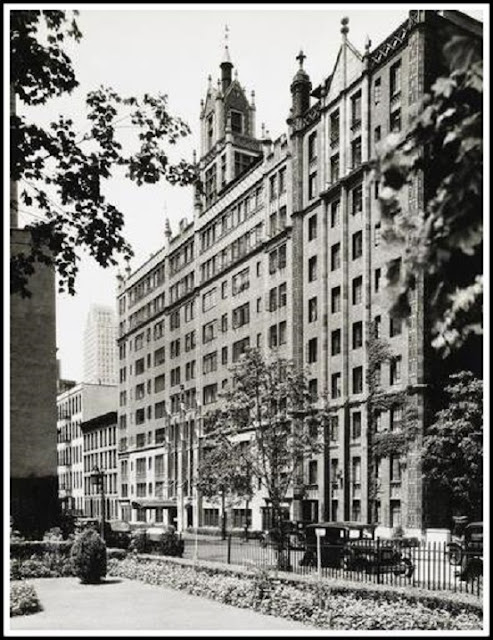 Above, Cloister exterior in 1935. Below, a stone dragon on the building that's an official Pokestop. 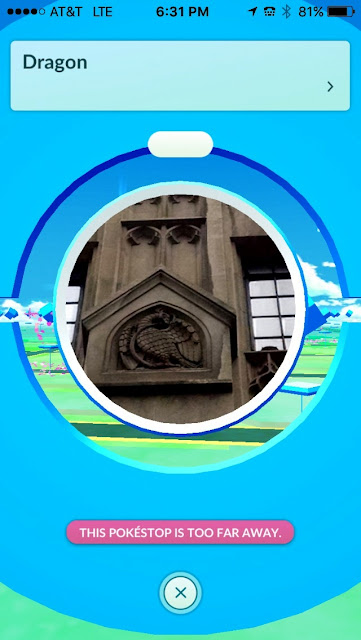 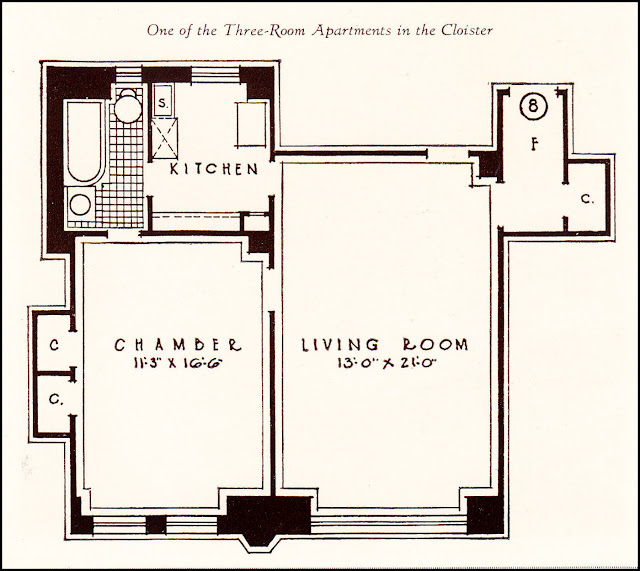