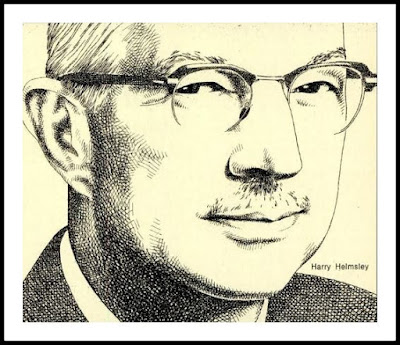 Harry Helmsley, a renowned NYC real estate tycoon for half a century, is a key figure in the Tudor City story, perhaps the second most significant figure after Fred French. For Helmsley, unintentionally, is responsible for the landmarking of the area’s two parks, which he spends 15 years trying to raze. A bullet-point guide to all things Harry:

✦ Born in 1909, Helmsley is the prototypical self-made man, working his way up from office boy to fabled owner of everything from iconic NYC towers (the Flatiron Building, the Empire State Building) to entire communities (Parkchester in the Bronx, Fresh Meadows in Queens).


✦ By the ‘70s, the tycoon is at the height of his career, the 13th largest landowner in NYC. In October, 1970, he acquires all the buildings in Tudor City (except for No. 2) for $36 million. Included in this price are the complex’s two parks. Helmsley announces he intends to replace them with a pair of luxury high-rise apartment towers.

✦ There is an immediate uproar in the community, led by John McKean, president of the tenants association. Other civic and city agencies join the fray, but Helmsley’s team takes a hard, pragmatic line: “They are not parks. They are two lots we’re paying taxes on.”

✦ There's lots of pushback, so Helmsley offers some counter proposals, including a 52-story tower straddling 42nd Street. He is turned down. The City Planning Commission suggests transferring the development rights to another site. Helmsley favors Ralph Bunche Park (along First Avenue opposite the UN), where he proposes a 50-story building that would abut the eastern wall of Prospect Tower. He is again turned down – the concept of swapping city land for private land feels like “blackmail” to the planning commission.

✦  By now, ten years have gone by, and Helmsley is fed up. He returns to his original plan and begins walling in the parks in preparation for their demolition. John McKean watches in dismay, and on May 24th, 1980, he takes to the street with a bullhorn to rally the community. Scores of Tudor City residents descend on the North Park and stop the wall construction by forming a human chain and carrying away the lumber. They file a restraining order, then camp out in the parks for several days until it is approved. Helmsley is referred to as "Dirty Harry."

✦ The matter winds its way through the courts for several more years, and is finally settled in 1984 by a historic State Supreme Court decision, ruling that the parks are “essential services for tenants under the Rent Stabilization Law.” Helmsley sells his interests the following year. In 1988, Tudor City is named a historic district, and title to the parks conveyed to a nonprofit corporation.