Jeri Archer was a Tudor City resident in the '60s, living in No. 5. One of countless actors to live in the enclave over the years, Archer had a minor role in a major Broadway show (Britannia in The Entertainer) and minor roles in minor movies (the Madam in Morals Squad, etc.) Her lasting claim to fame, however, is as a model ‒ for Belle Poitrine, heroine of the 1961 camp classic, Little Me. 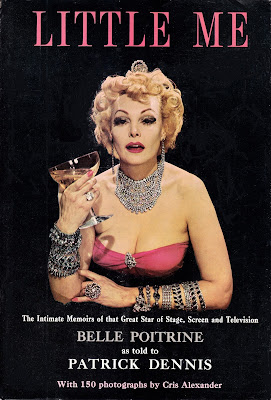 An over-the-top parody of celebrity memoirs, Little Me recounts the rags-to-riches-to-rags saga of Belle Poitrine, a clueless diva whose sole talent is spelled out by her name (which translates from the French as "beautiful breasts.") Along her bumpy show-biz career, the scheming Belle variously joins a chorus line, marries a British nobleman, is caught in a love nest, sails steerage to America, becomes a mother, is tried for murder, declares bankruptcy, and descends into alcoholism ‒ finally reaching rock bottom when she's "asked to leave Schrafft's." She ultimately achieves peace of mind after finding God in Southampton.

Written by Patrick Dennis (author of Auntie Mame), the novel was a best-seller, and adapted into a Broadway musical, with a book by Neil Simon and choreography by Bob Fosse.

Little Me includes 150 nutty photographs illustrating key plot points, many posed by the game-for-anything Jeri Archer. Below, some choice examples. 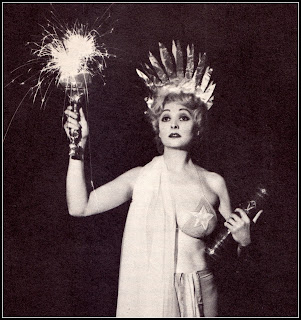 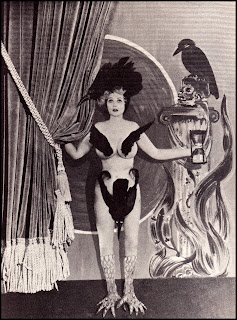 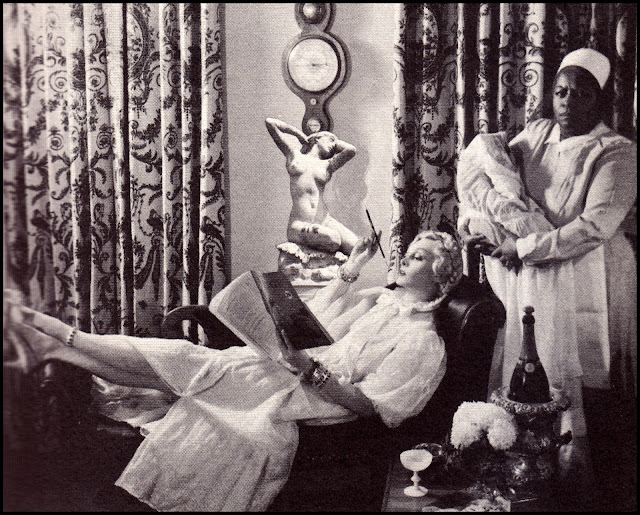 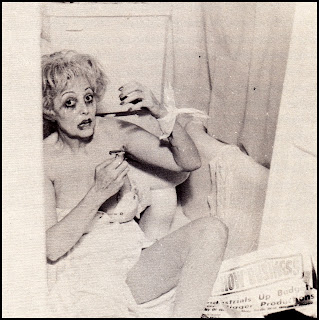 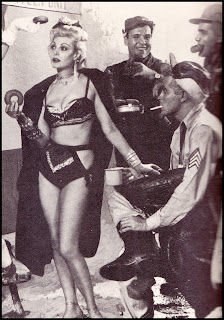 Apparently a bit of Belle Poitrine rubbed off on Jeri Archer, who, midway through the photo shoot, demanded (and got) double the money she was originally promised for modeling.