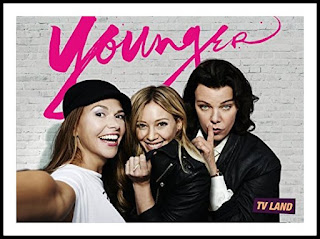 This installment of Tudor City on Film looks at the TV series Younger, starring Sutton Foster, Hilary Duff and Debi Mazur. Its novel premise has fortysomething Foster passing as a twentysomething to land a job in publishing.

The episode is entitled Pigeons, Parrots and Storks, with Tudor City as the setting for some romantic banter between Liza (Sutton Foster) and Josh (Nico Tortorella), her 26-year-old boyfriend. 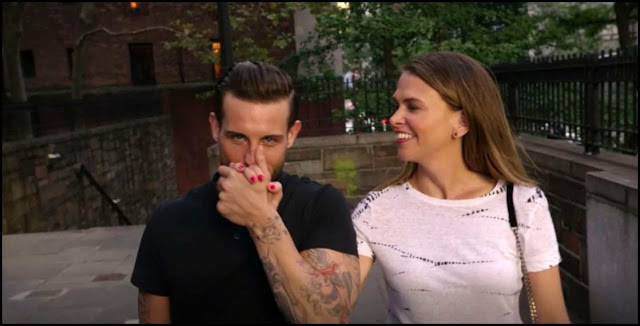 Josh and Liza flirt their way up the 42nd Street stairwell to Tudor City Place. 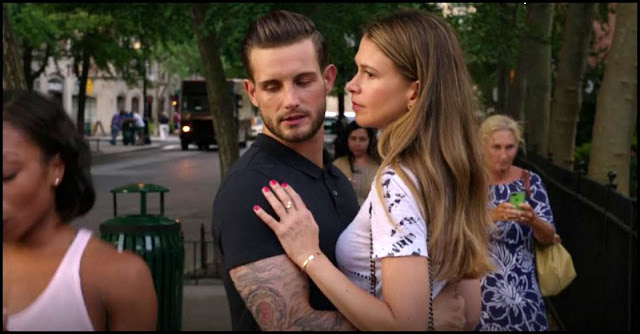 Josh knows her real age, but still thinks she's smoking hot.
They suddenly realize that a crowd is gathering on the bridge. 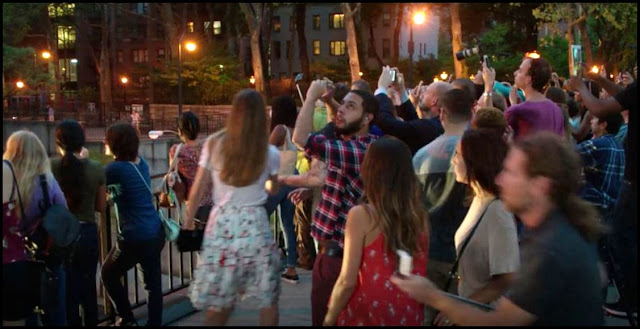 It's Manhattanhenge! And there's a free space on the fence right in the center of the street! This only happens in the movies.

Liza and Josh wiggle their way in for the spectacle. . . 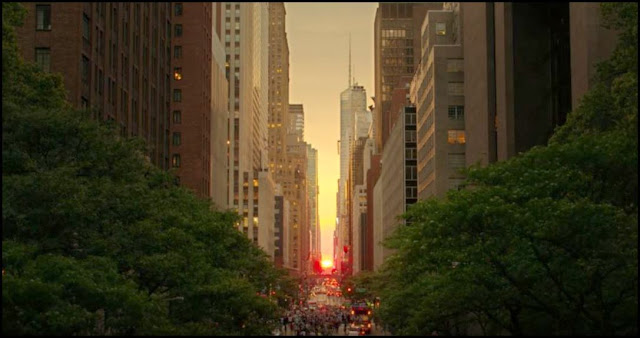 
Thanks to B.S. for the inspiration for this post.
Email ThisBlogThis!Share to TwitterShare to FacebookShare to Pinterest
Labels: 2010s, Movies, Tudor City Bridge