Fallout shelters, relics of the Cold War, were underground bunkers meant to protect occupants from radioactive fallout in the event of a nuclear explosion.

They first appeared in New York in 1961, and two years later, there were around 18,000 shelters in the city ‒ although most were simply basements, and not stocked with any emergency supplies. In reality, they would have done little or nothing to protect residents from fallout, so their presence was really more psychologically comforting than anything else.

Ever the full-service community, Tudor City had four shelters, whose rather ominous signs remain in place to this day. (We believe that the signs were landmarked in 1988 as part of the Tudor City Historic District.) As far as we know, these basement shelters were never stocked with emergency supplies. 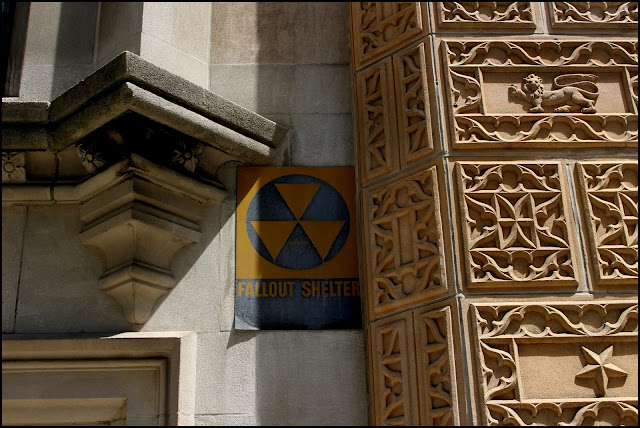 Shelter in The Cloister, abutting The Manor. 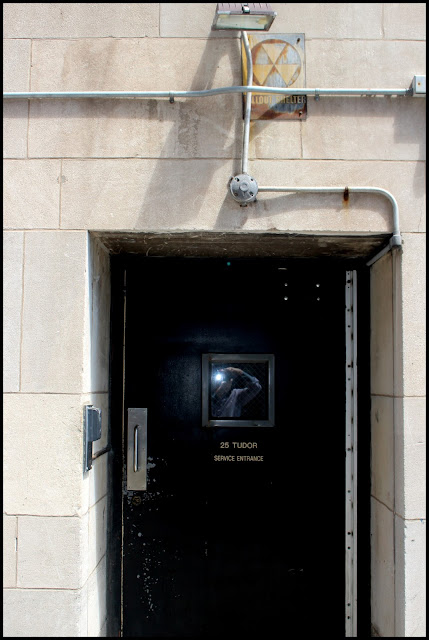 Shelter in No. 25, now a service entrance. 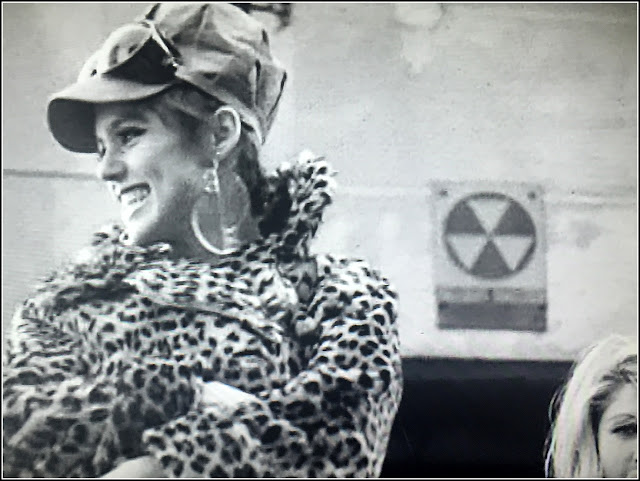 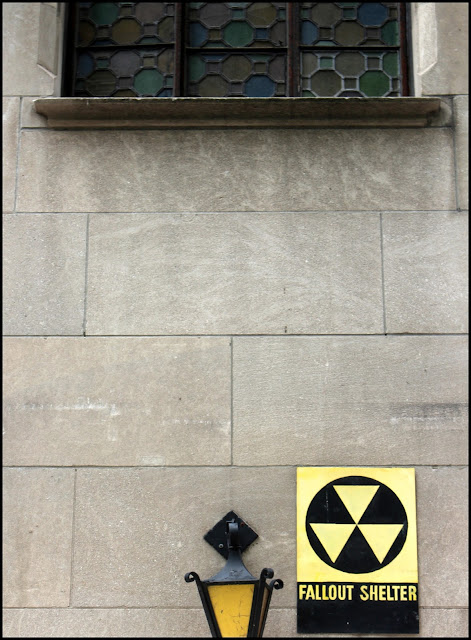 The Woodstock's 42nd Street sign is the best maintained of them all.