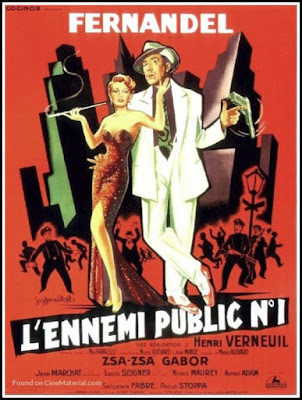 Today's edition of Tudor City on Film spotlights L'Ennemi Public No. 1 (Public Enemy No. 1), a French comedy believed to be the very first feature shot on location in Tudor City.

A satire on American gangster flicks, the picture stars famed French comedian Fernandel as a myopic schlump who's forever losing his glasses. After being mistaken for a mobster, he goes on the lam and falls in with a femme fatale gun moll, played by Zsa Zsa Gabor.

The picture was made in 1953, a time when most movies were largely filmed on studio back lots. Breaking this convention, the film features a number of Manhattan locations, including Central Park, the Bowery, and the 42nd Street subway station. The Tudor City sequence was filmed on its new bridge and along the inclined walk to the staircase down to 42nd Street.


Some screen grabs, below. Unfortunately, we have no idea about the dialogue ‒ our screener was an un-subtitled French version. 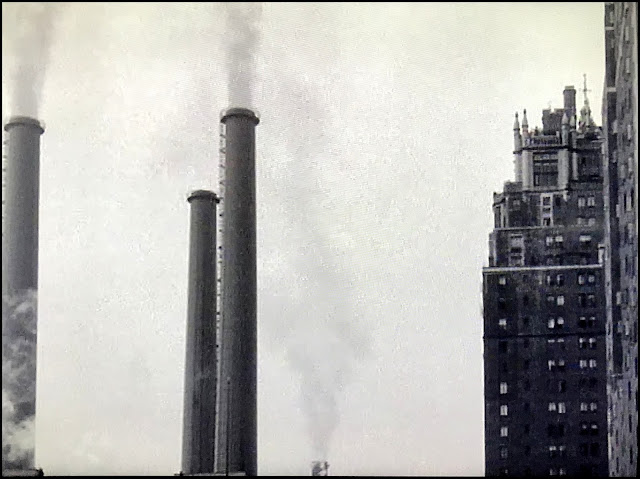 A montage of Manhattan scenes opens the film, including this arty shot of the Con Ed smokestacks (since demolished) alongside No. 5, Windsor Tower. 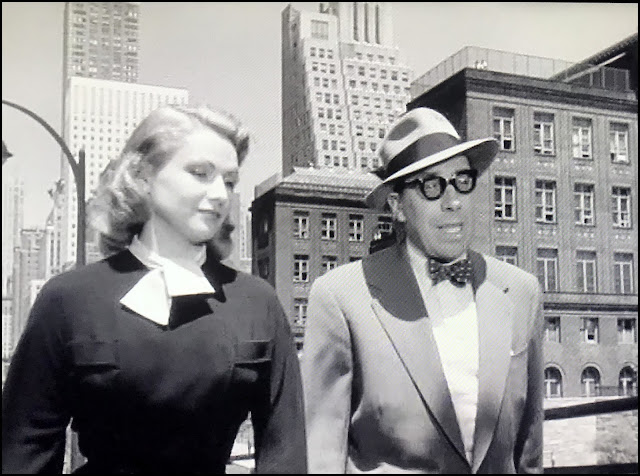 In the Tudor City sequence, actors Nicole Maurey and Fernandel stroll up the inclined walkway opposite the South Park, (Behind Fernandel is the Hospital for Special Surgery, later razed and replaced by the Ford Foundation Headquarters.) 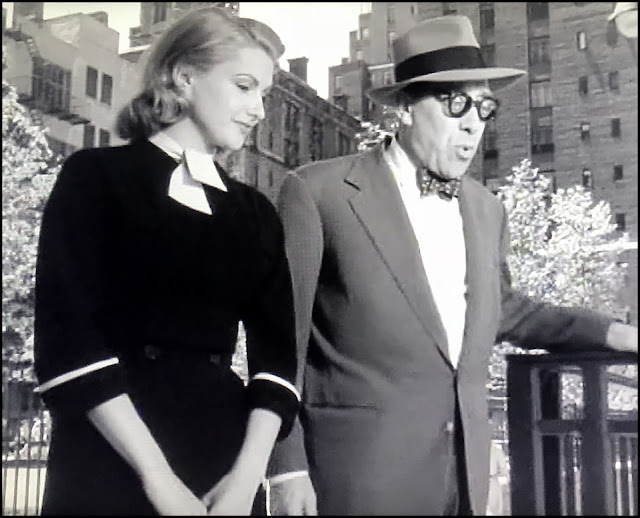 Turning onto the Tudor City bridge, they come upon. . . 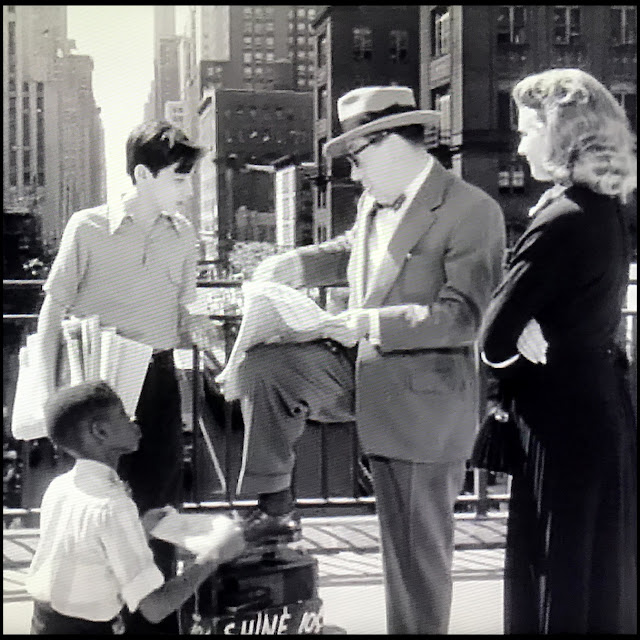 . . . a newsboy and a shoeshine boy. Fernandel buys a newspaper and has a shine. 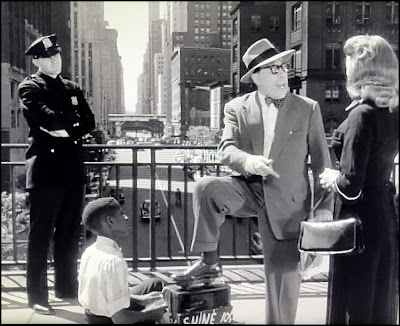 Something in the newspaper incenses him, drawing the attention of a cop on foot patrol. 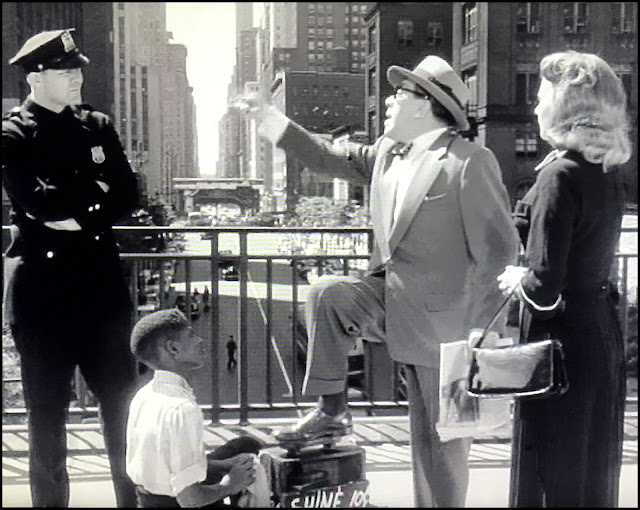 They exchange words. With a parting shout of "Liberté!," Fernandel and Nicole slink away. 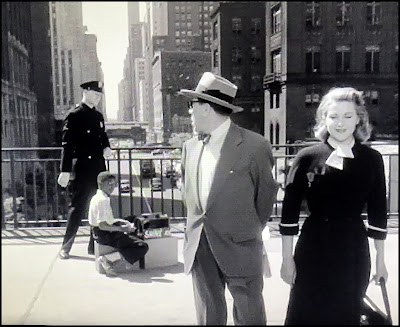 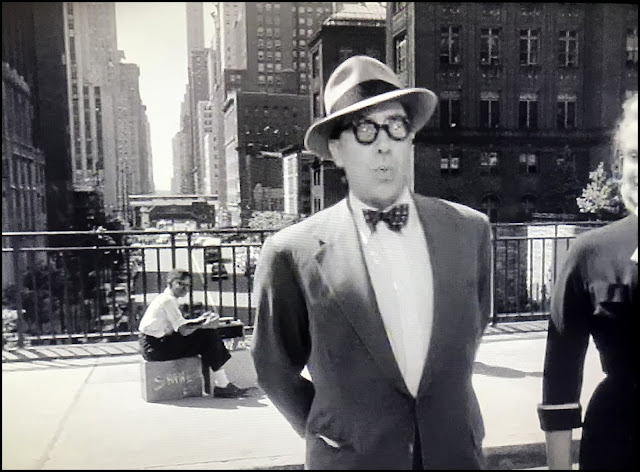 It's not shown in America until 1962, when it's re-titled The Most Wanted Man and released at the bottom of a double feature with the horror flick Peeping Tom. It fades into obscurity shortly thereafter. Peeping Tom, on the other hand, becomes something of a cult classic.