Today, a look at Penthouse 6 in Windsor Tower, photographed in 1942 by the Wurts Brothers.

At the time, it was the residence of Mr. and Mrs. Irving Potter. Potter was an inventor and holder of over 60 patents, largely in the refrigeration field. (His Potter Air-Conditioned Refrigerator was a competitor of Frigidaire). He was also a staunch supporter for reform of patent laws. 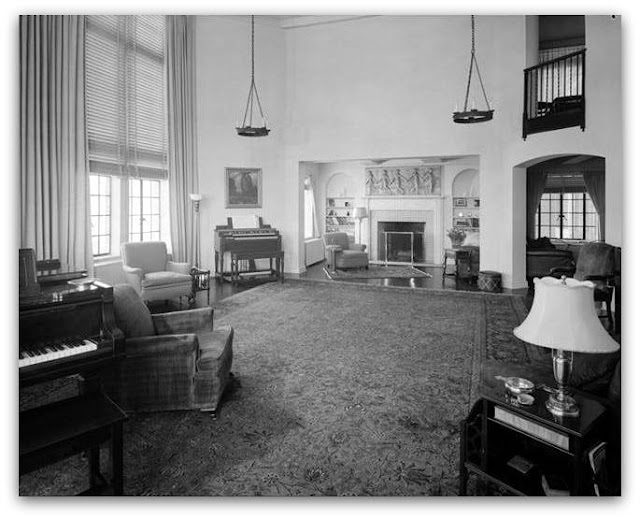 Potter's penthouse was traditionally furnished, with hanging candelabras, two pianos, a fireplace, assorted easy chairs and a mammoth rug. The double-height windows in the apartment were covered by heavy drapes and Venetian blinds, the style at the time.

The Potters moved out of Penthouse 6 in 1957. Tudor City View, the neighborhood mag, bade them farewell. 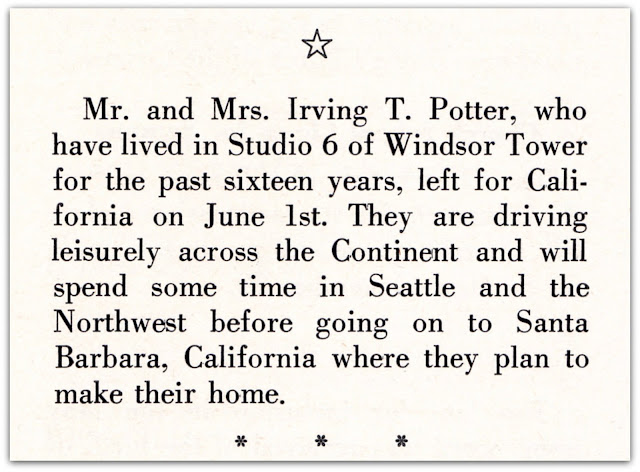