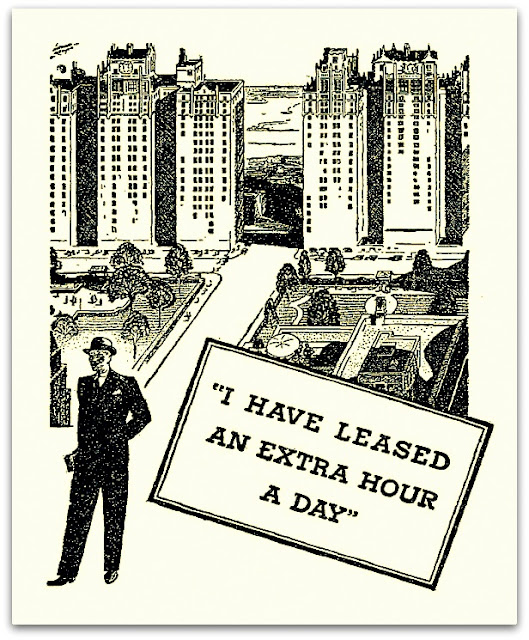 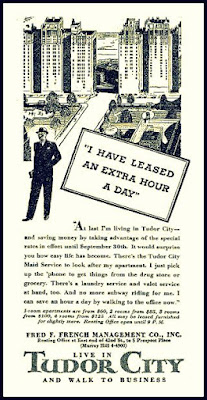 The enclave's ad agency produces a prodigious amount of copy during the '30s, with themed campaigns running in weekly installments over a period of several months.

Today's campaign appeared in June and July, 1932. Its tagline ‒ "I Have Leased. . . " ‒ spotlights community perks, from shops and restaurants to parks and quietude. (The "extra hour" ballyhooed above references the time saved by living in Tudor City and walking to work.)

The complete ads (at left) feature plenty of sales copy, but we've edited them down to focus on their charming illustrations, below. 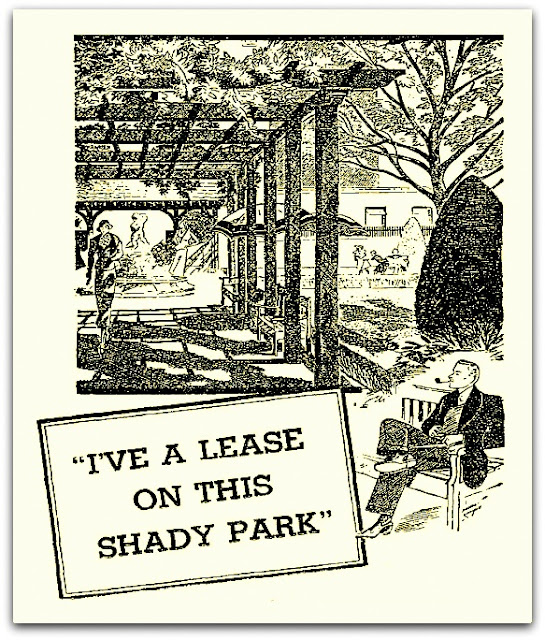 The North Park pergola, where a lady and a gent are about to meet cute. 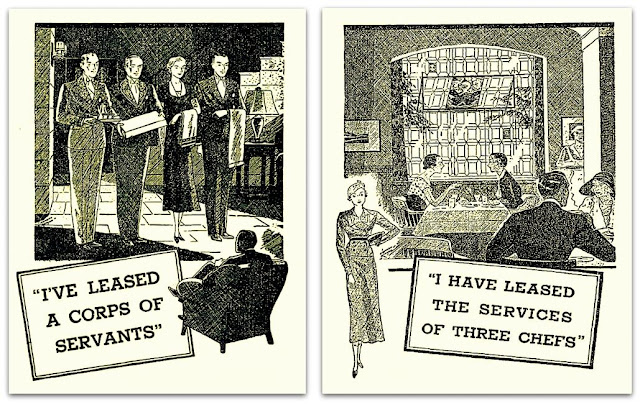 Valet, maid and room service could be summoned by telephone, while 'three chefs' refers to the three restaurants then operating in No. 25, No. 45 and The Woodstock. The idea of servants and meals on call was distinctly appealing in the Depression, even if most tenants couldn't afford it. 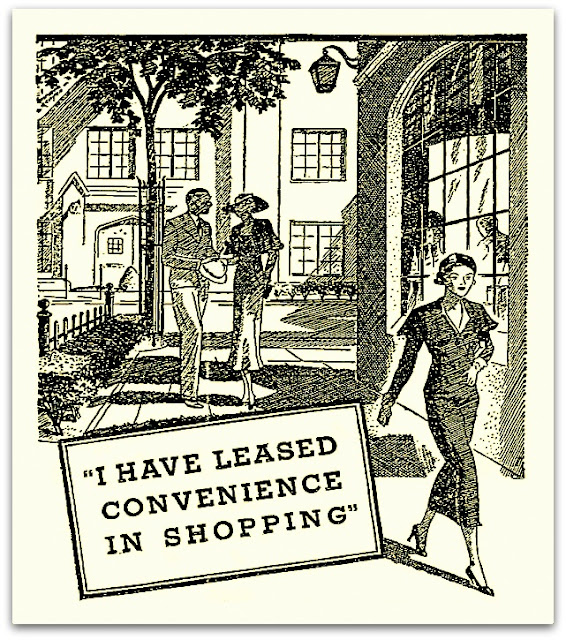 The corner of 43rd Street and Prospect Place (now Tudor City Place). That's The Manor in the background and No. 45's grocery windows, upper right. 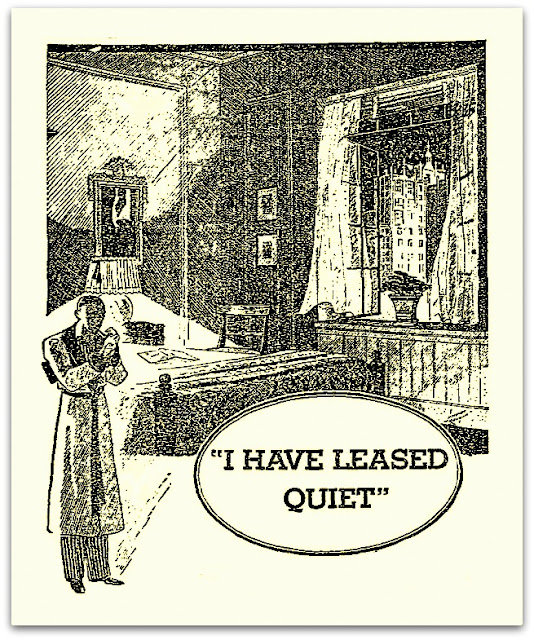 The ultimate bachelor pad where a cigarette can be savored in peace and quiet.