The FRENCH BUILDING, or Mesopotamia in Manhattan

We venture a little far afield from Tudor City today for a look at the Fred F. French Building at 45th & Fifth. Built by our founder, Fred French, it rises in 1926-27, concurrent with the first two units of Tudor City, No. 45 and The Manor. The French Company was having a busy year. A bullet-point bio of the building, below.

➤ Designed by H. Douglas Ives (architect of Tudor City) and John Sloan, who are inspired by the art and architecture of the ancient Middle East, particularly Mesopotamia. Their fanciful design overlays ancient ornamentation on a moderne slab. It's the only Babylonian art deco skyscraper in town.

➤ Corporate headquarters of the French Company, which occupies the entire 12th and 14th floors. Fred French is so pleased by the result that he has it illuminated after dark with floodlights hidden in the setbacks. 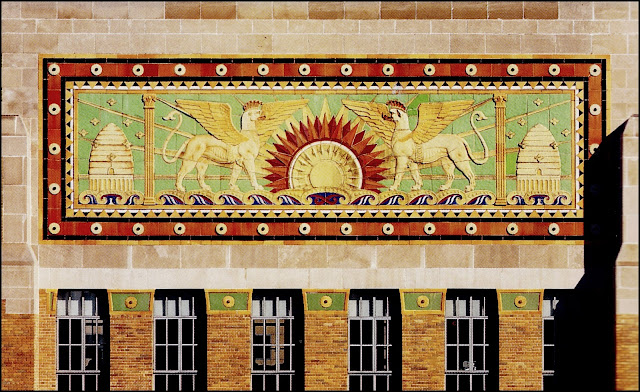 It's best known for the spectacular glazed ceramic frieze at the top of the building, depicting a rising sun (symbolizing Renewal) flanked by winged griffons (Watchfulness) and a pair of beehives (Industry). French was very much involved with the choice of symbols in this mural. Too bad it's so high up it can be seen from the street only through binoculars. 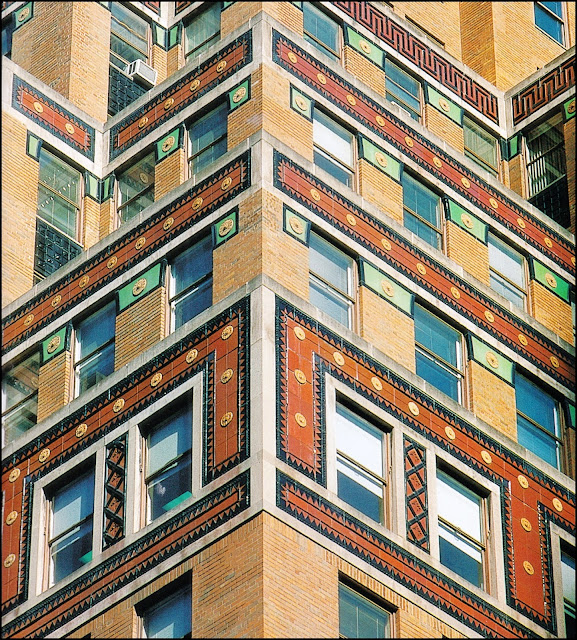 The building's setbacks are modeled after Assyrian ziggurats, and trimmed with limestone, enameled brick and vivid polychrome terra cotta. 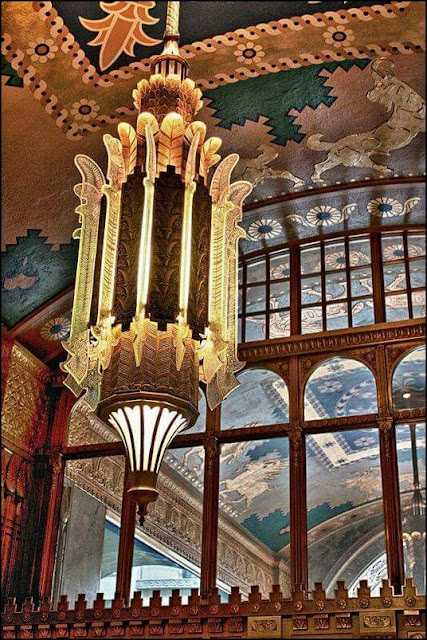 The lobby of the French Building is equally extravagant, and open to the public. Above, a crystal-and-bronze chandelier, and below, a honey of a mailbox. 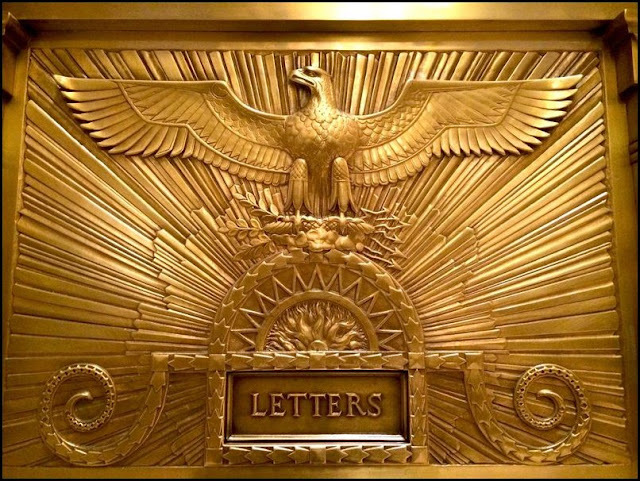 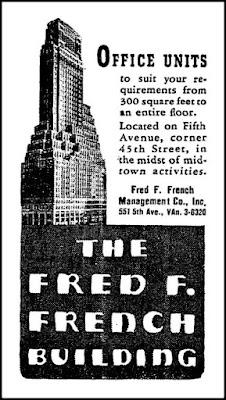 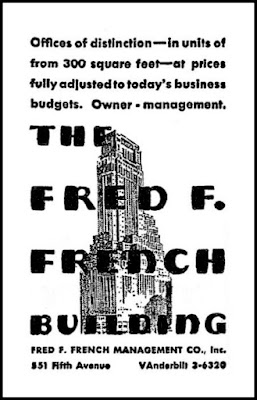 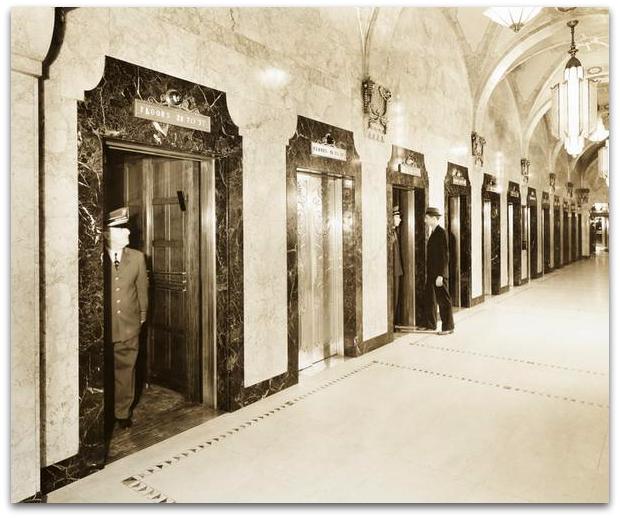 The manned elevator bank in 1937. Photo by the Wurts Bros.

The building is designated a New York City landmark in 1986 and added to the National Register of Historic Places in 2004. Today, the ground-floor marquee tenant is clothier Tommy Bahama, whose flagship shop includes a bar and restaurant. Ah, modern retailing!