Tudor City on Film: THE TICK 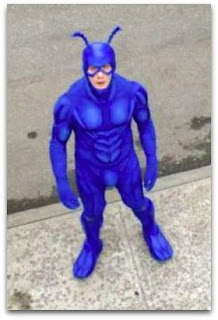 We can't get enough of The Tick, the Amazon Prime superhero series that shot a scene on Tudor City Place last April. Today, screen grabs from the finished product, but fasten your seat belts ‒ the sequence features some spectacular special effects.

To recap, the Tick is a tongue-in-cheek superhero prone to bad puns. His powers are rather vague: he's very strong and his costume is bullet-proof, but he can't fly and is a bit on the dim side. His sidekick, Arthur, dresses like a moth.

The Tudor City sequence turns up in Episode Six, wherein the Tick and Arthur have collared Ramses, one of many villains in the show. 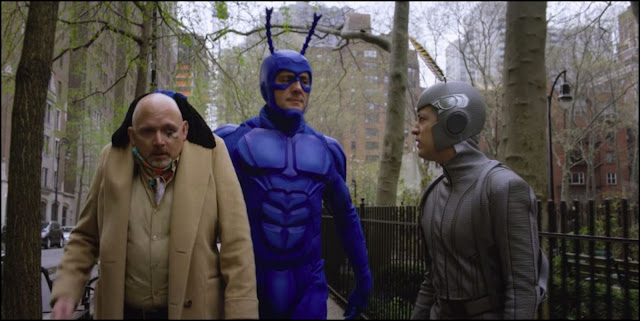 Ramses, the Tick and Arthur on Tudor City Place.

Ramses manages to escape by crawling away, unnoticed by the oblivious Tick. 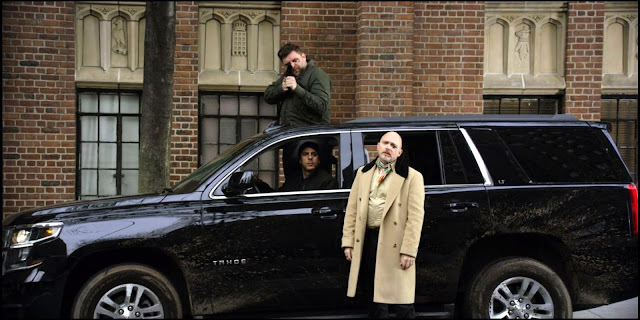 At The Manor, Ramses and his henchman take aim at an approaching bus. . . 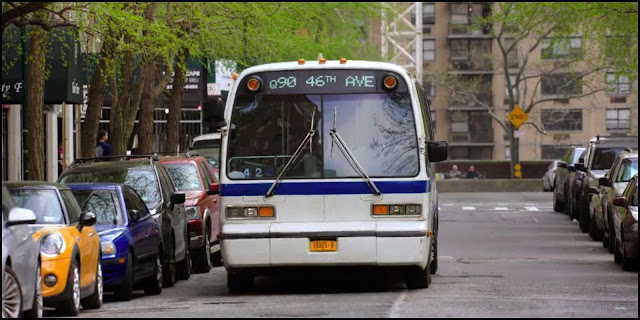 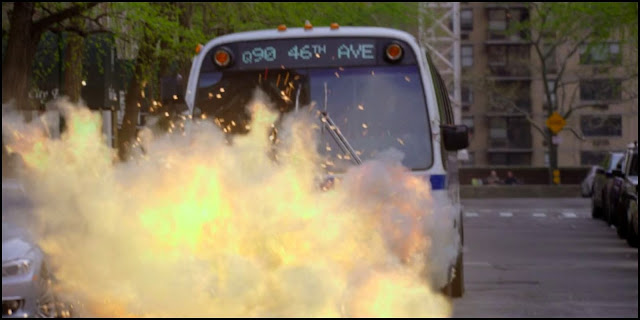 The villains hit their target, and the bus explodes into flames. . . . . . and careens across the Tudor City Bridge, crashing through the fence. . . 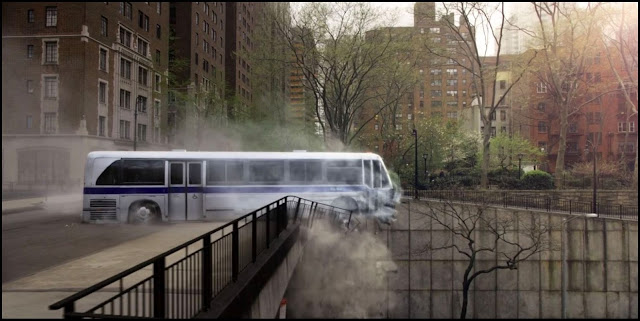 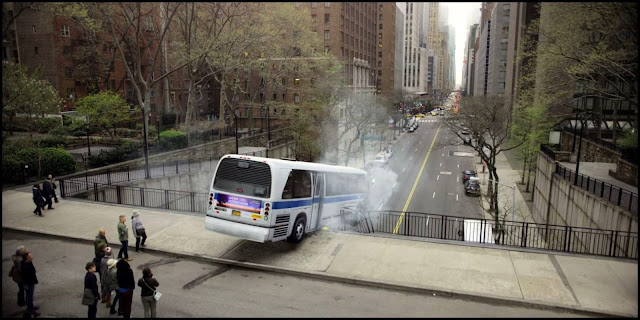 . . . and dangling precariously over 42nd Street, about to tip over. 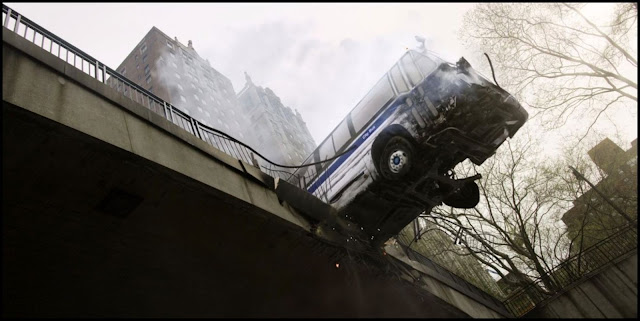 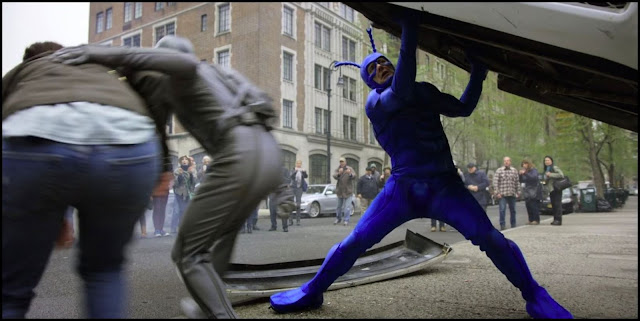 The Tick to the rescue! He steadies the bus so that all its passengers escape safely. 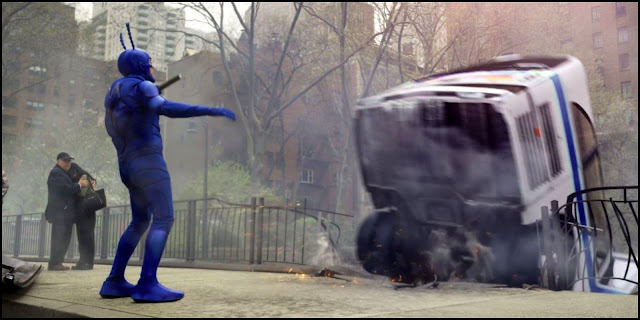 But soon the Tick's tuckered out, and the bus topples over onto 42nd Street. 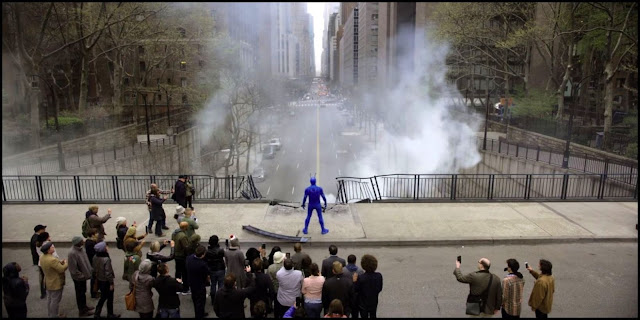 The crowd is awed by the tragic scene.

Even the Tick is speechless, for once.


See our earlier post about the location shoot here.