30 years ago today, on May 17, 1988, Tudor City was designated a Historic District by the Landmarks Preservation Commission. The commission calls this "city within a city" a "pioneering venture in private urban renewal" that's "much more than an assemblage of significant buildings in a 'medieval' style. Tudor City is a highly successful attempt to modernize that style." 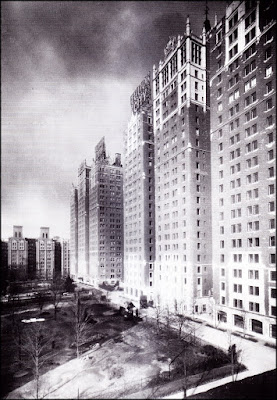 Six additional buildings, predating Tudor City, are also landmarked: the 1871 Church of the Covenant, four rowhouses from 1870, and the 1926 Prospect Hill Apartments. Most significantly, the enclave's two private parks are included in the historic district, preserving them from future development. There's a collective sigh of relief throughout the community.