One of the more memorable TV series of the 1970s was Kojak, the adventures of a seen-it-all NYC cop with a penchant for Tootsie Pops.

After the show ended, it was later revived as a series of made-for-TV movies. Today's episode, Kojak: Fatal Flaw, ran as an ABC Saturday Mystery on December 2, 1989.

The plot follows Kojak (Telly Savalas) investigating the murder of a writer whose widow (Angie Dickinson) is a prime suspect ‒ and coincidentally a former flame of Kojak, once upon a time.

The movie opens with a literal bang, as a mobster gets whacked on 41st St, opposite No. 2. 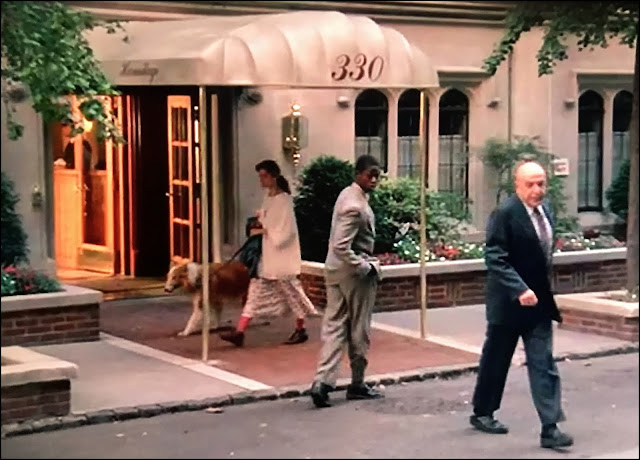 Cut to Kojak, visiting The Hermitage to investigate a missing person, a renowned author. He's come to interview the writer's wife. 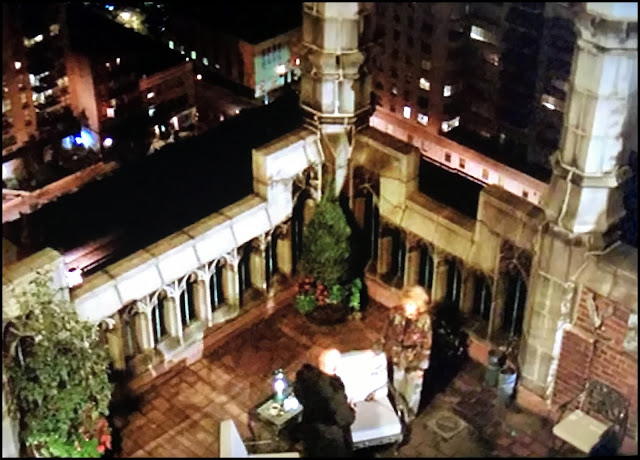 After the writer is found dead, his wife becomes a suspect. Kojak interviews her again on her swanky penthouse terrace ‒ shot atop No. 5, even though she supposedly lives in The Hermitage. That's the movies for you! 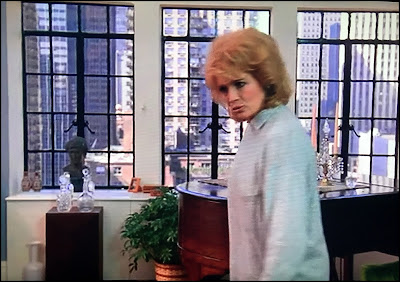 After many interviews, Kojak manages to worm a confession out of her. 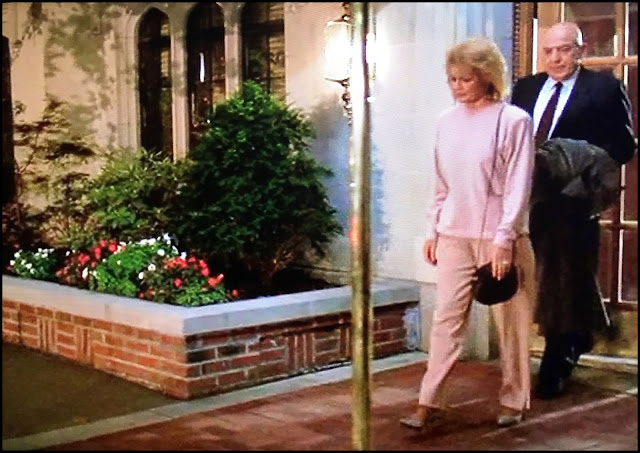 The movie concludes with a stylish perp walk out of The Hermitage to a waiting patrol car. 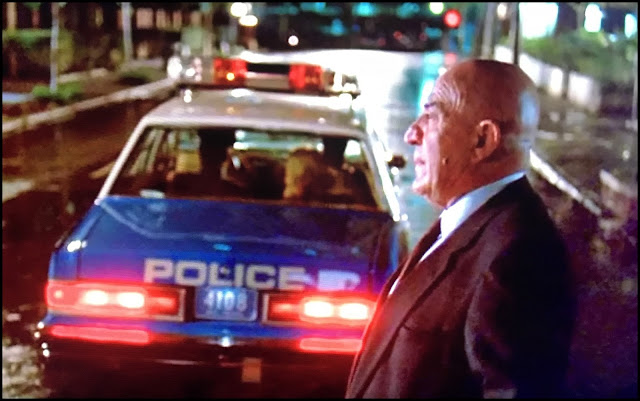 Kojak turns melancholy as she's taken away to the slammer. 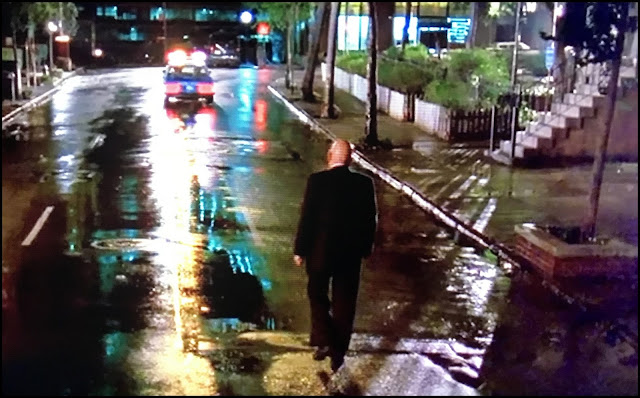 Driving off in the wrong direction on a mysteriously car-free 43rd Street, the patrol car fades into the distance. He follows slowly . . . 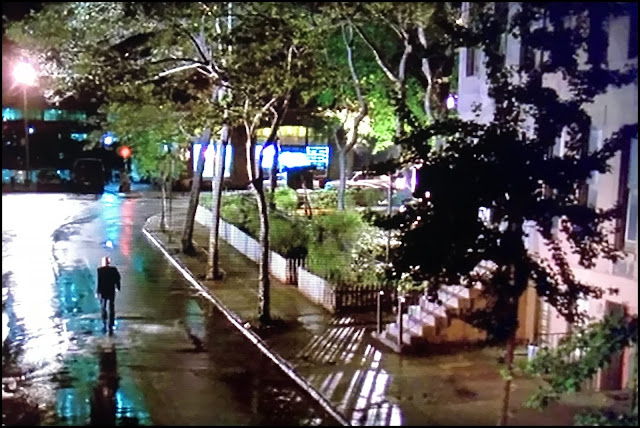 . . . lost in thought as the music swells. Who knew Kojak had feelings?