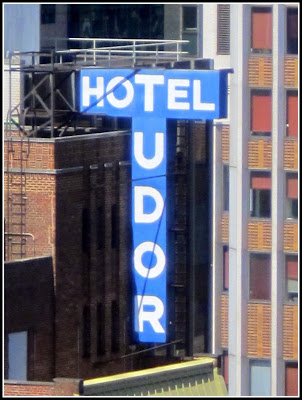 There's another historic sign in Tudor City, this one hidden in plain sign atop the Westgate New York City hotel. It reads Hotel Tudor, in a T-shaped design suggesting a crossword puzzle.

The sign dates from 1930 when the hotel opened, and has a fleeting brush with demolition in 1999. New owners have renamed the hotel the Crowne Plaza at the United Nations, and want to replace the sign.

Since the sign is part of the Tudor City Historic District, the owners petition the Landmarks Commission to replace it with a sign bearing its new name. Community opposition is swift: "They knew it was there when they bought it, so they should be stuck with it," says George Brown, President of the Tudor City Association.

The Crowne Plaza offers a conciliatory statement: "It's not David against Goliath," it reads. "This isn't a big company against a little community board. We're working to keep everyone happy." Not long after that, the idea of removing the sign is quietly abandoned, and it remains in place to this day ‒ four name changes later. 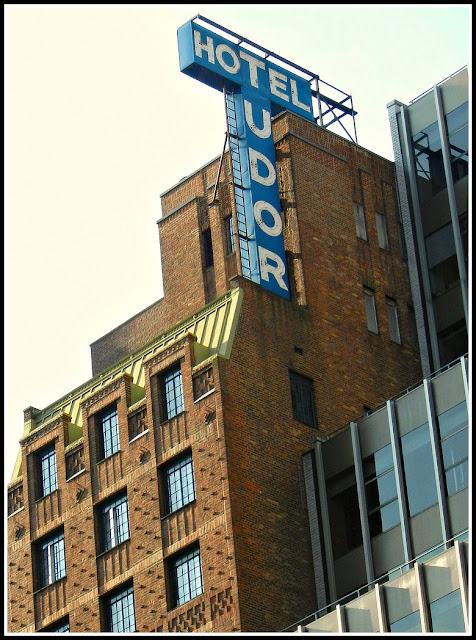 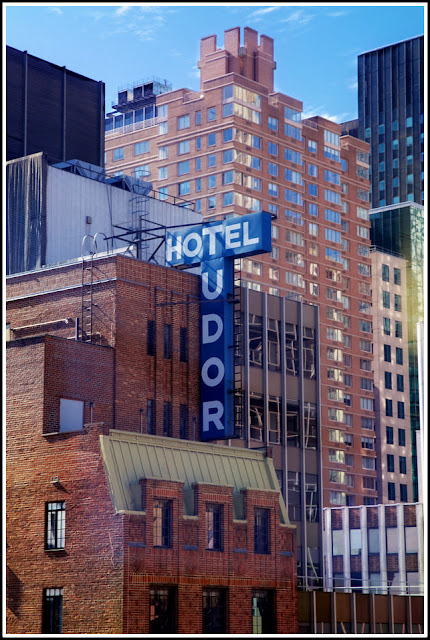