Today's artifact is a rare item indeed, a very early Tudor City prospectus, issued by the Fred F. French Investing Company in 1926. (The complex was first announced in December, 1925). This 19-page booklet is an intriguing document, and we'll be featuring excerpts from it in the coming weeks. 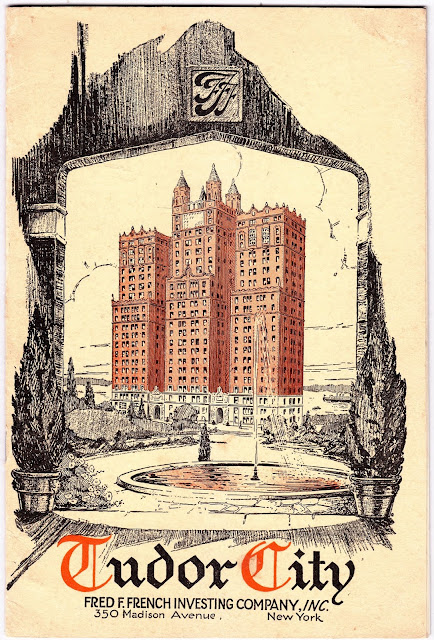 Above, the prospectus cover, depicting an unrealized version of No. 45, framed by a similarly fanciful archway and fountain. Though the illustration is largely imaginary, it still manages to capture the essence of what was to come.

Below, a "birdman's view" of the proposed complex, "photographed expressly for the Fred F. French Investing Company by the Fairchild Aerial Survey," along with its original caption. 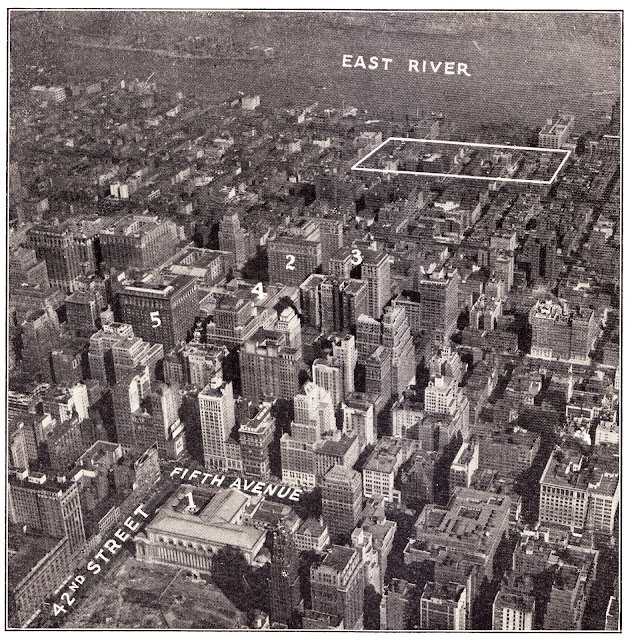 The white bordered rectangle in upper center of picture shows the site of the proposed Tudor City, between 40th and 44th Sts, First and Second Aves. Here the Fred F. French Companies will build a modern community of choice apartments within easy walking distance of the heart of the city.

There's also a rather underpopulated map, and its original caption: 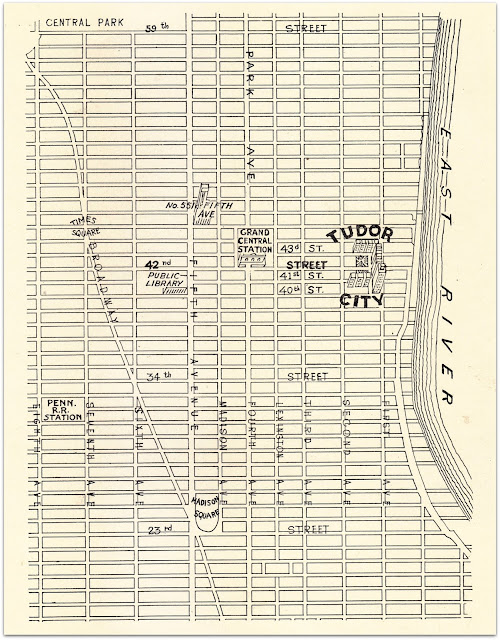 Tudor City's accessibility to the business, shopping and theatrical center of the city is graphically illustrated in the drawing above.

Four minutes walk down 42nd Street will bring you into the heart of the fast-growing Grand Central zone, now rivaling downtown as the business and financial center of the city.