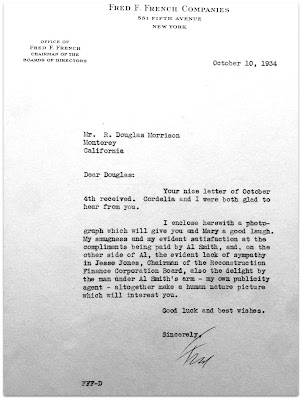 Today's artifacts are from the collection of the late Brian Thompson: a letter written by our founder, Fred F. French, along with an attached photograph. We always imagined French as the stern, industrious type, but these documents reveal his lighter, self-deprecating side.

The letter is written to R. Douglas Morrison of Monterey, California on October 10, 1934. Morrison and his wife are distant relations whom French was friendly with.

The letter concerns the recent ceremony held for the opening of French's latest project, Knickerbocker Village, a low-income planned community on the Lower East Side. One of the speakers is Al Smith, former Governor of New York, who compliments French effusively. A photographer catches the moment, and that picture is the subject of the letter.

The letter, enlarged for readability, below. 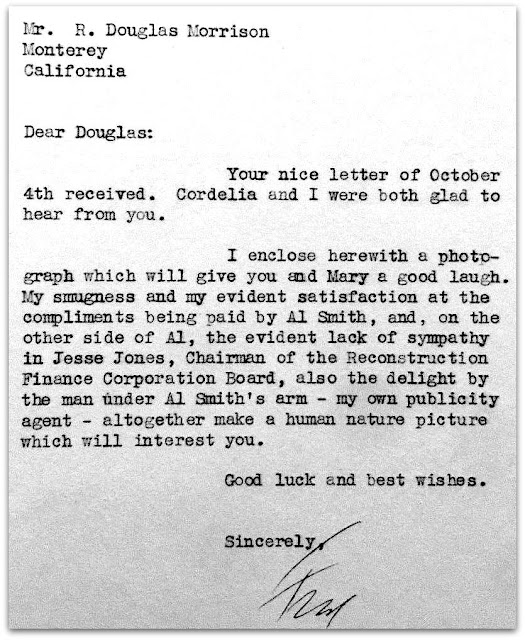 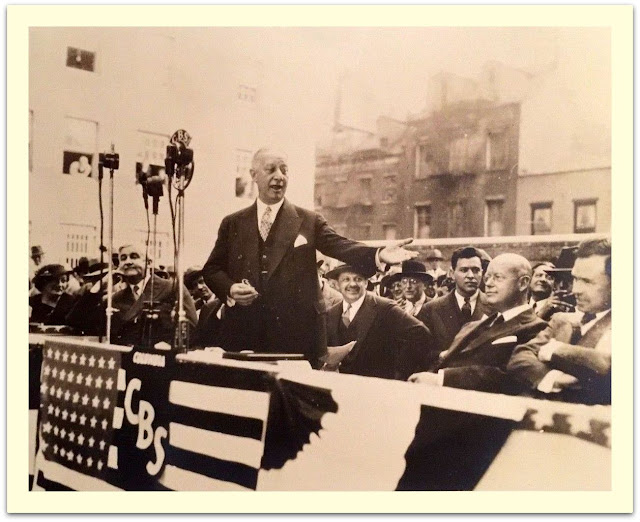 Above, the photo enclosed with the letter, with Al Smith at the microphone gesturing toward Fred French (second from right, with the bald pate and bemused grin).