Today we celebrate Ray Gotto, notable illustrator and Tudor City resident. A longtime sports cartoonist, Gotto is best remembered as the creator of a world-famous logo.

He makes his name in 1945, when his comic strip, Ozark Ike, is picked up by King Features and syndicated across the country. The title character, a hillbilly baseball player who's as thick as his accent, is a lovable lug along the lines of Li'l Abner. Ike's girlfriend, Dinah, has but a single outfit ‒ a snug striped sweater, short shorts and pirate boots ‒ and wears her hair like Veronica Lake.

The strip is successful enough for a comic book spin-off (below) in the 1950s.

After the strip ends in 1959, Gotto goes on to a distinguished career with Sporting News magazine.

We're not sure when he moves to Tudor City. but know he's living there in 1961, when he enters a contest to design a logo for the city's new ball club, the New York Mets. Beating out 500 other entrants, Gotto wins the $1,000 prize with his baseball-skyline-bridge design, used as the Mets' emblem to this day. 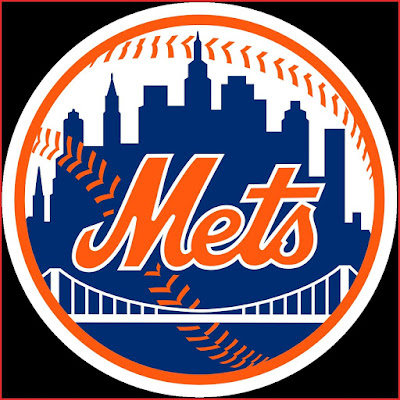