PICTURE OF THE DAY 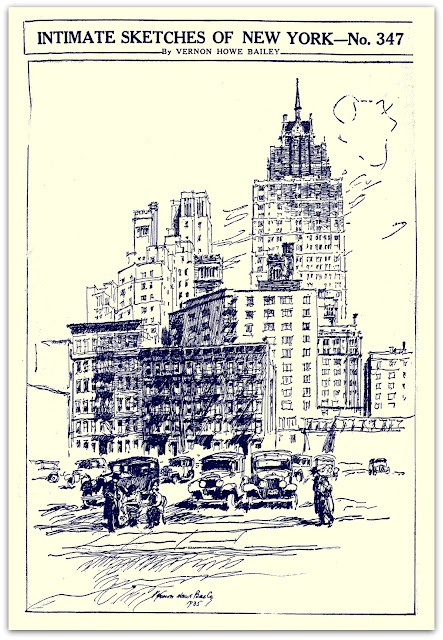 Tudor City, Looking from the South
The tall buildings in the background are connected with the Tudor City group in the lower Forties near the East River. The view is from Thirty-ninth Street, between First and Second Avenues. Beyond the parking space is a row of old tenement houses.
Tomorrow ‒ Mecca Temple.
⸺⸺⸺⸺
Picture of the day (with its original caption) is this striking 1935 drawing by Vernon Howe Bailey. Bailey (1874‒1953) was one of the most successful ‒ and prolific ‒ illustrators of his time. This "intimate sketch" was part of his ongoing series of 381 drawings of Manhattan street scenes that were serialized in The Sun.

Illustration from the collection of Brian Thompson.