Today, a look at two windows on No. 25, home of the best collection of stained glass in the complex. These particular panes reference neighborhood history long before the arrival of Tudor City. Although the facts are rather shaky, the general idea is there. 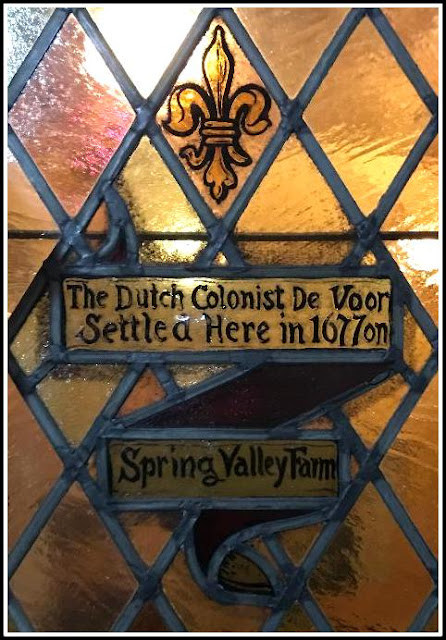 The date's right, but the geography's wrong. More accurately, the panel should read "De Voor settled near here in 1677." Spring Valley Farm lay north of Prospect Hill, its actual farmhouse at the foot of 53rd Street. 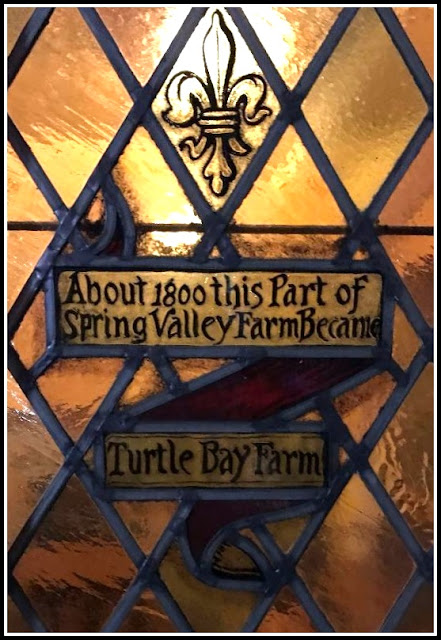 The statement is incorrect, for the area had been known as Turtle Bay Farm since 1636, when it was founded as a tobacco plantation. In 1791, New York merchant Francis Bayard Winthrop bought the land (which included Prospect Hill, future site of Tudor City) and continued to operate it as Turtle Bay Farm well into the 1800s.