PICTURE OF THE DAY

Today, a photograph that ran in National Geographic in 1930, with its original caption. 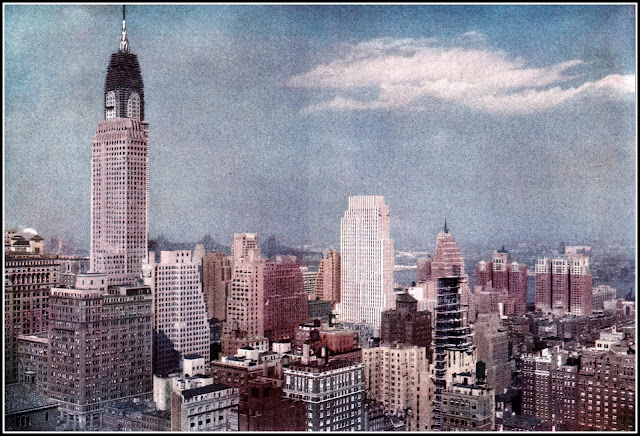 In this mass addition to the rapidly changing Grand Central zone is an image of tomorrow's world. The Chrysler Building, world's tallest, is at left. Superimposed on its facade in this picture is the Chanin Building. The white structure is the new Daily News Building. To the right of it, along the East River, are apartment houses of Tudor City.

The Chrysler Building (hidden behind the Chanin Building) is still under construction in the photo. It would be the world's tallest for all of 11 months, surpassed by the Empire State Building in 1931.

Email ThisBlogThis!Share to TwitterShare to FacebookShare to Pinterest
Labels: 1930s