With the onset of World War II, Tudor City adjusted to a new world of shortages, blackouts, rationing, and salvaging. Civilians were urged to volunteer for "short-notice" jobs such as nurses' aides, air-raid wardens, auxiliary firemen, and so on. Even dogs were pressed into service ‒ for sentry duty. 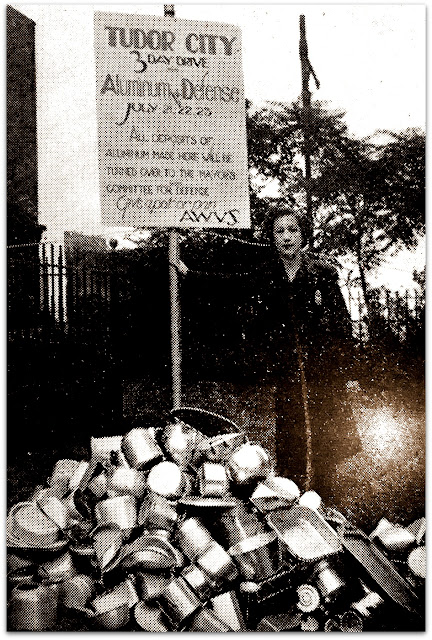 Above, a volunteer collecting aluminum for defense in 1943. Her sign reads:

TUDOR CITY 3-Day Drive / Aluminum for Defense / July 21-22-23 / All deposits of aluminum made here will be turned over to the Mayor's Committee for Defense / Give a pot or pan / A.W.V.S.

A.W.V.S. was the American Women's Voluntary Services organization. Other items collected for the war effort ranged from kitchen fat and nylon stockings to tin cans and short-wave radios. 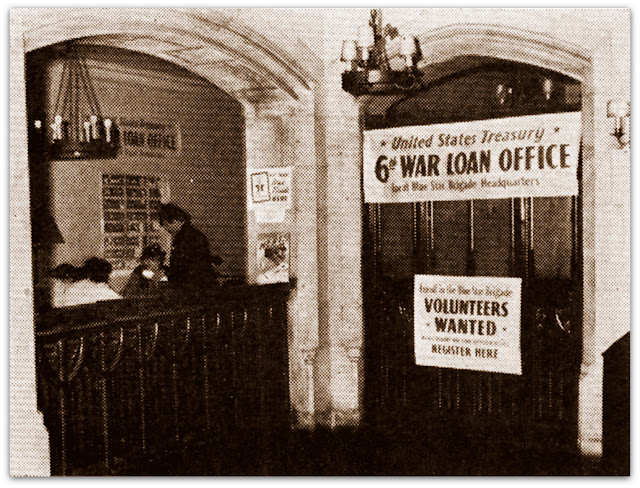 War bond drives were ongoing. Above, the 6th War Loan Office was located in the lobby of No. 5. 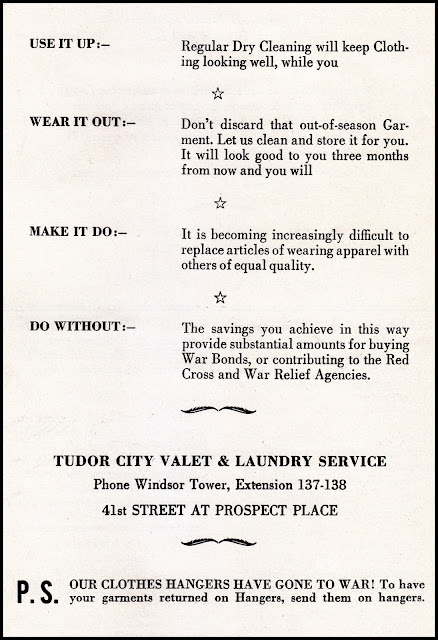 USE IT UP / WEAR IT OUT / MAKE IT DO / DO WITHOUT was the motto of the Tudor City Laundry Service ‒ where "the clothes hangers have gone to war."

The war gave Tudor City's ad agency a new way to sell the enclave ‒ as a safe haven for the duration. "Of course, you are willing to make sacrifices to win the war," the ads allowed, "but have you considered how much easier it is to adjust your living to war conditions by moving to Tudor City?" 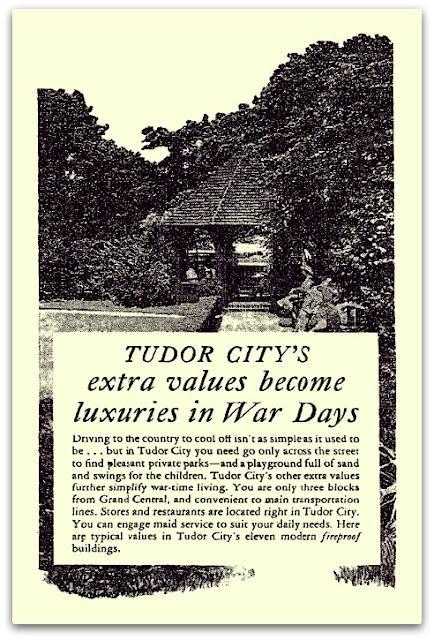 "Driving to the country to cool off isn't as simple as it used to be [owing to gas rationing] . . . but in Tudor City you need go only across the street to find pleasant private parks."