Tudor City on Film: LIVING WITH YOURSELF 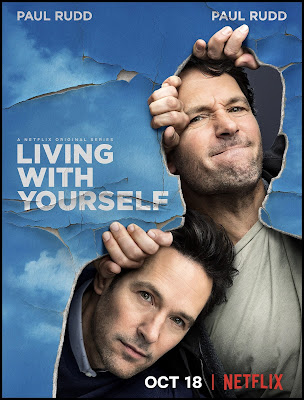 This edition of Tudor City on Film takes a look at Living With Yourself, a new high-concept Netflix series starring Paul Rudd (of Ant-Man fame).

It's the story of Miles Elliot, an average guy who inadvertently clones himself. His clone is like him in every way, but better ‒ kinder, happier, gentler ‒ and very much in love with Kate, Original Miles' wife. Kate is bewildered. Although Clone Miles is familiar to her, he's also very much a stranger.

Tudor City turns up in Season One's Episode 7, with the action taking place on the Tudor City Bridge.

The sequence begins with Clone Miles and Kate going for a run and pausing for breath on the bridge.

Turning on the charm, Miles hands her a piece of paper.

It's a plane ticket to Paris for two. "We can move there, start fresh," he says.

It's all too sudden for skeptical Kate. "I guess I'm not feeling very spontinée," she replies. An awkward silence ensues.

He realizes he's moved too fast, and tactfully changes the subject. "Wanna keep running?" he asks. They move off the bridge. 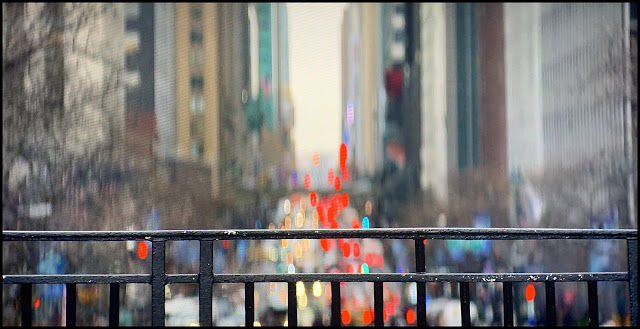 The camera lingers for a moment on the 42nd Street corridor. Cut to next scene.