Today's chuckles come courtesy of the New Yorker, via the magazine's newsbreaks, humorous squibs designed to fill holes in the layout. Newsbreaks were a particular favorite of staff writer E.B. White, who liked their abbreviated format. 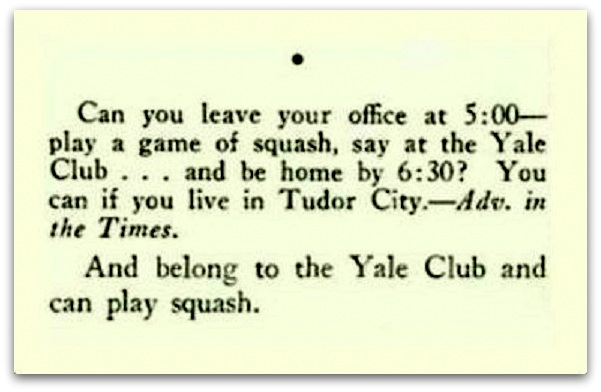 Newsbreaks took select press clippings and appended them with smart-alecky taglines, as seen above.

[Samuel Untermyer, a prominent Manhattan lawyer in the 1920s, was instrumental in saving the five-cent transit fare.]

Items published in Tudor City View, the community's monthly gazette, got some ribbing, as illustrated below. (The fact that New Yorker editors read Tudor City View is rather extraordinary.) 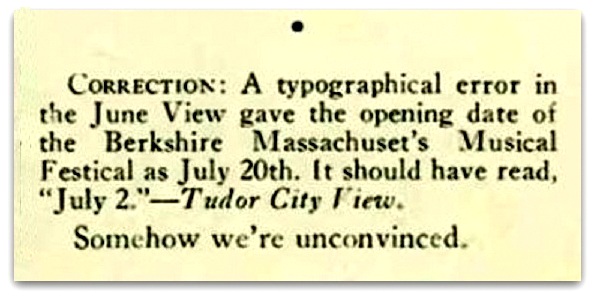 [The correction needs another correction: Massachusetts is misspelled.] 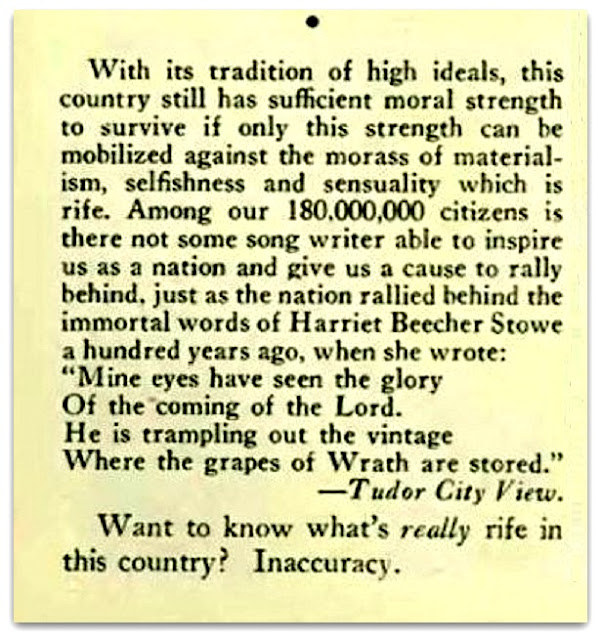 [Julia Ward Howe, not Harriet Beecher Stowe, was the author
of the immortal words.]