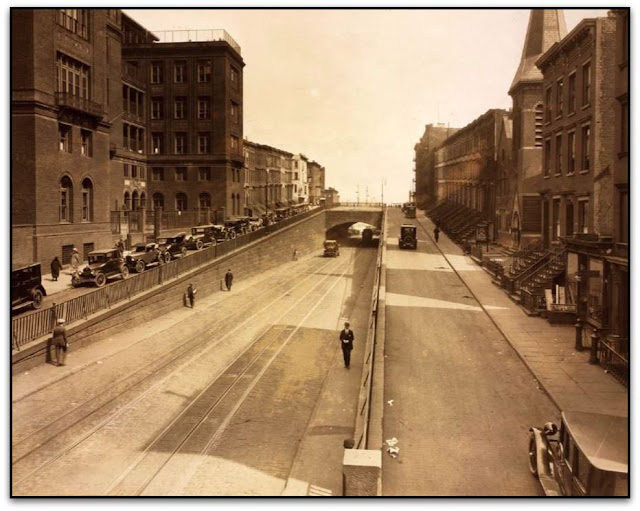 Another entry in a recurrent series of photographic deep dives, wherein we try to extract meaning from details. Today's installment, above, is a photograph of 42nd Street looking east from Second Avenue, made in 1925, pre-Tudor City. 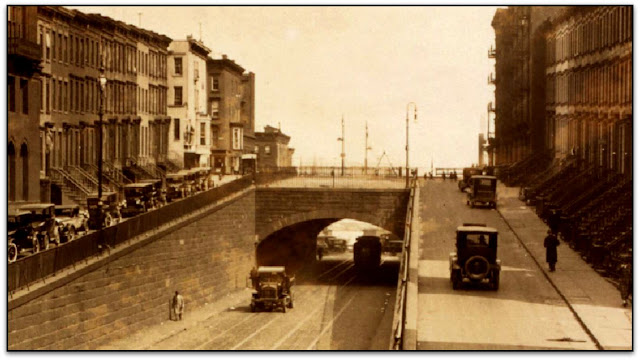 Zooming in on the 42nd Street tunnel, now the site of the Tudor City Bridge. The ramps on either side of the street were demolished and replaced by stone staircases in 1952. 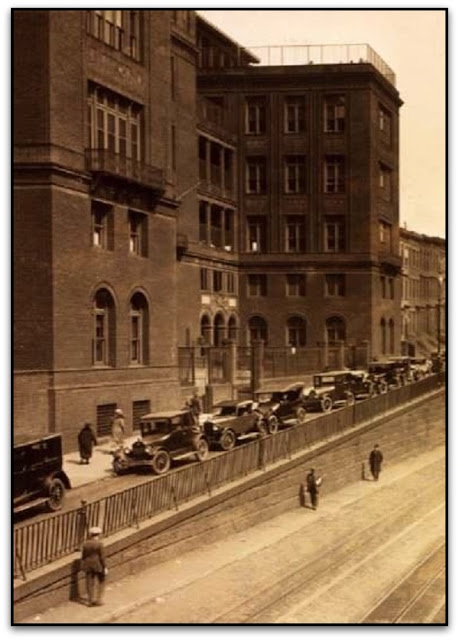 On the north side of 42nd Street lay the Hospital for the Ruptured and Crippled, which would remain standing ‒ after many name changes ‒ until 1967, when it was replaced by the Ford Foundation building. 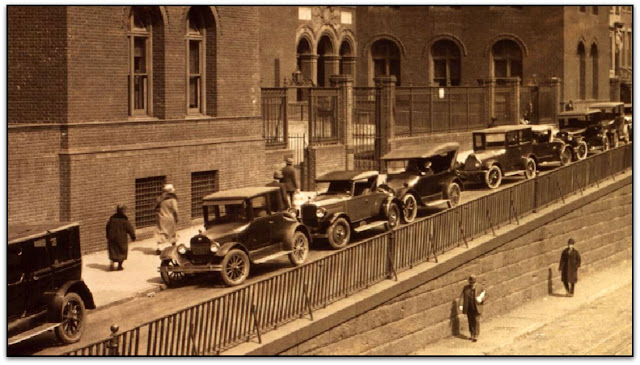 Cars lined up in front of the hospital. 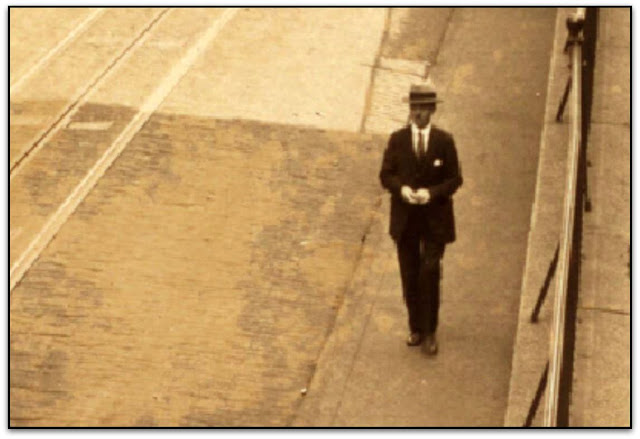 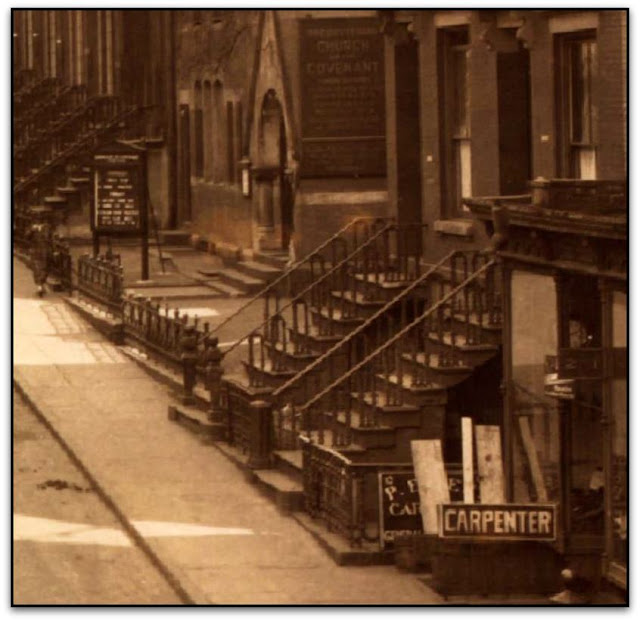 On the south side of 42nd Street, the Church of the Covenant [behind fence] lies several doors up from a carpentry shop. Today, the church is the only building still standing in the original photo.