A look at a series of photos featuring Tudor City made by Weegee, the famed crime photographer.

Born Arthur Fellig, he starts out in 1935 as a freelance police-beat photographer for the tabloids, and is soon nicknamed 'Weegee,' given his Ouija board‒like psychic sense for being in the right place at the right time for the right picture.

In 1945, a collection of his stark street photos, entitled Naked City, is published to much acclaim, and makes him famous. He abandons photojournalism and moves to Hollywood ‒ to consult on the movie version of Naked City.

For the rest of his life, he works solely as an 'art' photographer, producing abstract pictures he dubs 'distortions,' created in the darkroom using a variety of developing tricks. Celebrities and the nude female form are favorite subjects.

To the art world, the distortions are no match for Weegee's police-beat work, but he continues to produce them until his death in 1968. We believe the photos below were made around 1965. Although the United Nations is clearly is the focus of the pictures, Tudor City deftly photobombs them all. 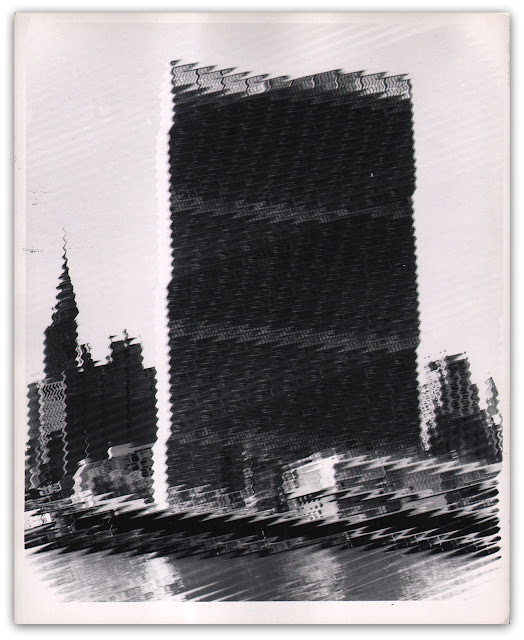 The Chrysler Building, No. 45 and the U.N. undergo distortion. 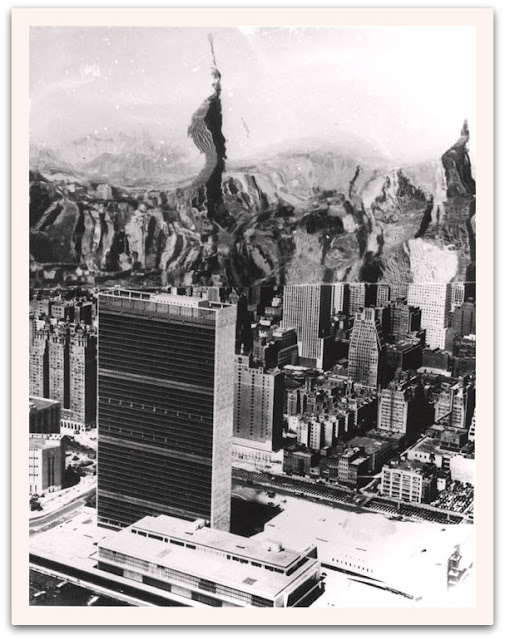 The apocalypse comes to Midtown, sparing the U.N. and Tudor City. 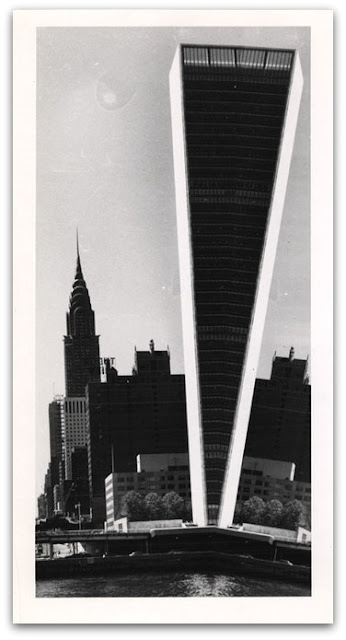 The U.N. as exclamation point ‒ and a tiny glimpse of the sign. 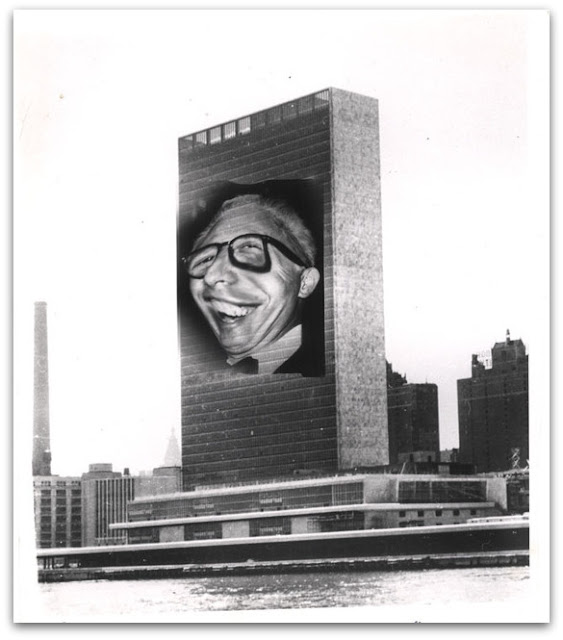 The superimposed face belongs to Arthur Goldberg, named U.S. Ambassador to the U.N. in 1965, and the subject of a number of Weegee distortions. 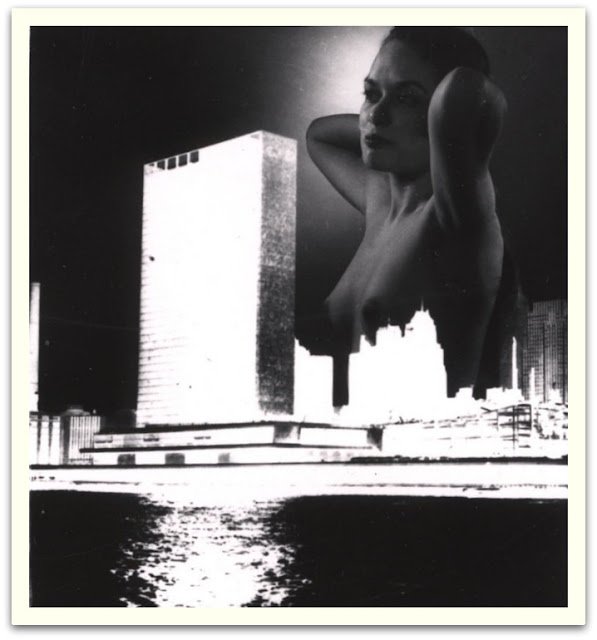 Last but far from least, an arty composition featuring the United Nations, a giant lady, and a strategically positioned Prospect Tower. The photo is understandably untitled ‒ words fail us too!

Thank you to Weegee aficionado Anna Mogyorosy for the tip.