Venturing slightly afield of Tudor City's borders, today the Wayback Machine goes back in time to 1901, when the New York Edison Company opens the Waterside Station power plant along the East River between 38th and 40th Streets. It fits right in with its industrial neighbors, a ragtag mix of slaughterhouses, coal yards and freight depots along First Avenue.

Designed in the Beaux Arts style, the mammoth edifice actually houses two power stations, the second arriving in 1905. Producing both electricity and steam, the plant undergoes numerous renovations over the years to keep up with advances in power technology. The New York Edison Company is renamed Consolidated Edison in 1936. 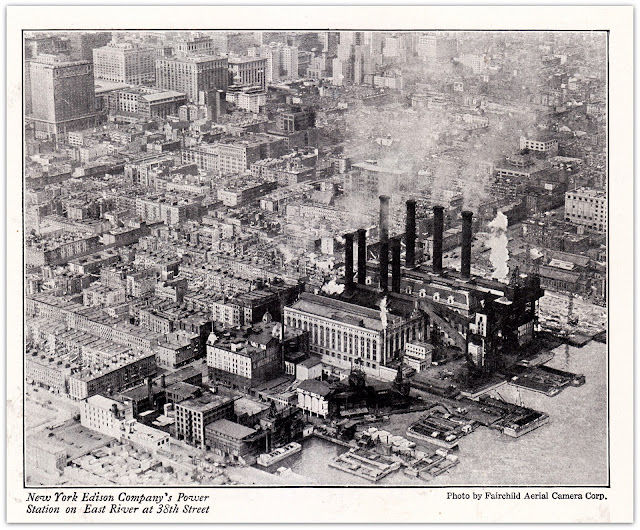 Above, an aerial view from 1926, when Tudor City was still on the drawing boards. Waterside Station was powered by coal, which burned pungently and abundantly. Soot would be a problem in the enclave for decades, even after coal was replaced by natural gas in 1958. Although most of Tudor City turned its back on the East River, No. 5 offered industrial-chic riverside views. 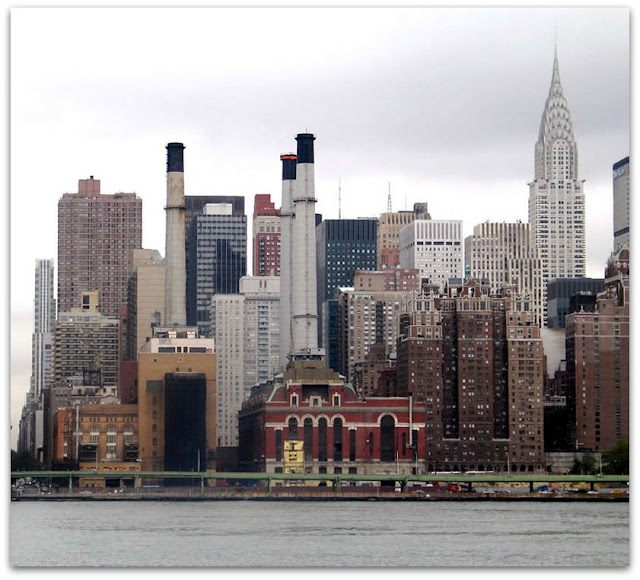 The red-brick power plant as seen from Queens around 2000.  It was decommissioned on April  29, 2005, after 104 years of continuous service. 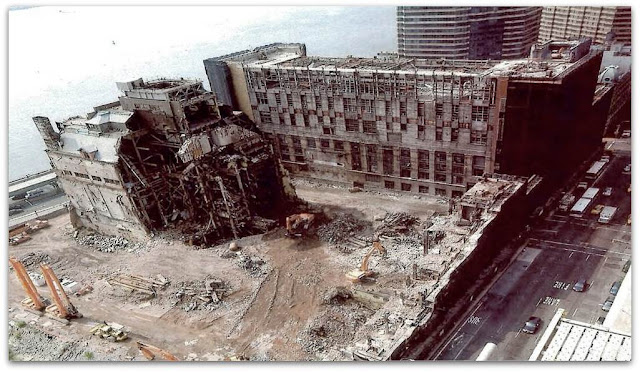 Waterside Station was sold by Con Edison to real estate tycoon Sheldon Solow for $680 million, and demolished in 2007. The property is a vacant lot today. 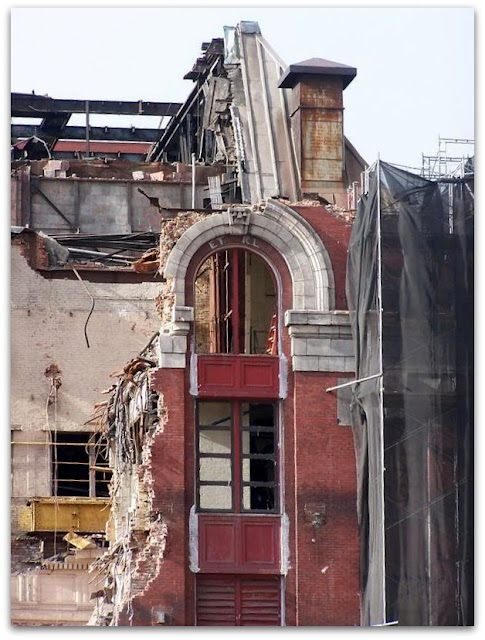