In this installment of notable Tudor City residents, meet Gladys Parker, creator of the cartoon character Mopsy. One of the few female cartoonists of her era, Parker (1908-1966) was one of many illustrators who lived in Tudor City.

Mopsy ‒ a willowy fashion plate with countless beaux ‒ was based on Parker herself. "I got the idea for Mopsy," she later explained, "when the cartoonist Rube Goldberg said my hair looked like a mop." Like Parker, the character was a tousled working girl who was endearingly scatterbrained.

Mopsy debuted in 1937, with some of the earliest cartoons appearing in Tudor City View, no doubt to publicize the budding enterprise. The strip wound up running for 30 years, at its peak appearing in over 300 newspapers. 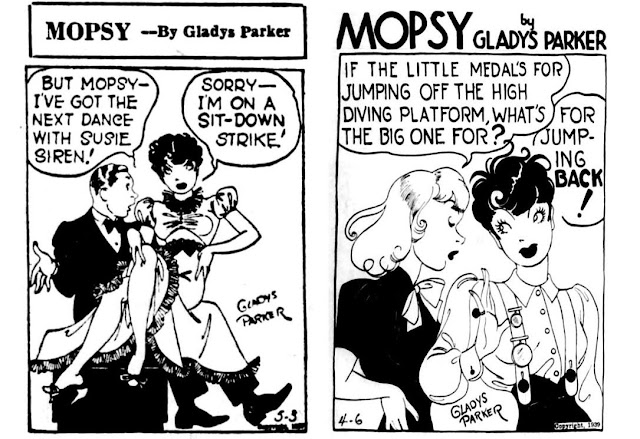 A single-panel feature, Mopsy ran daily with a multi-panel story on Sundays. 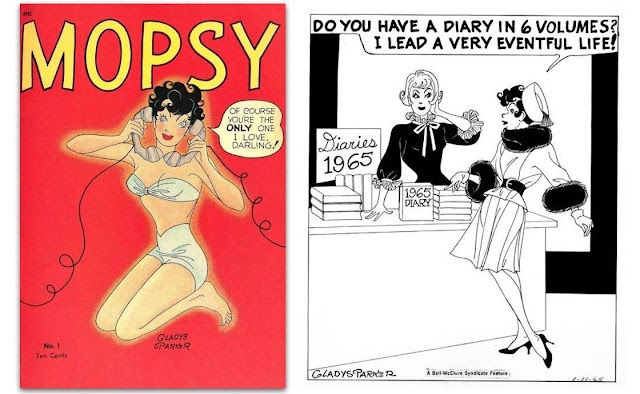 In the 1950s, Mopsy was popular enough to have her own comic book and paper dolls; by the 1960s, her skirts grew shorter and her morals looser, in keeping with the times. The strip ended with Gladys Parker's death in 1966.