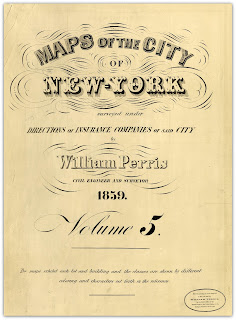 Today we go back in time to 1859 for a look at a land atlas depicting the area around Prospect Hill, Tudor City's future site. Recorded by cartographer William Perris, our selections are taken from his book Maps of the City of New York. Like most city atlases from this era, it was made for fire insurance purposes. 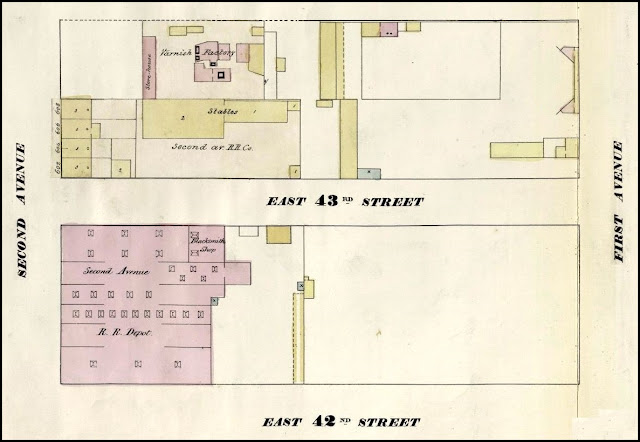 Above, north of 42nd Street, the Second Avenue frontage is much more developed compared to First Avenue. The blank white quadrant (bottom right corner) was home to Prospect Hill's shantytown of squatters, whose makeshift huts weren't deemed worthy of the map. 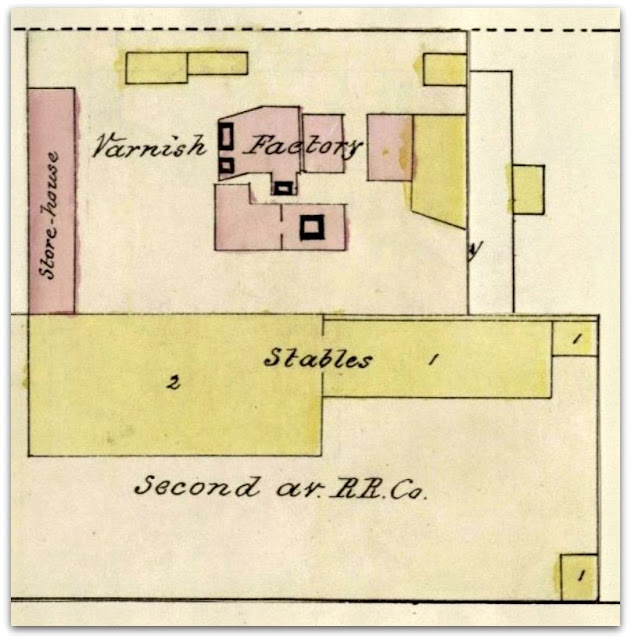 Zooming in on the northern side of 43rd Street, site of a varnish factory, a store-house, and the stables of the Second Avenue Railroad Co. 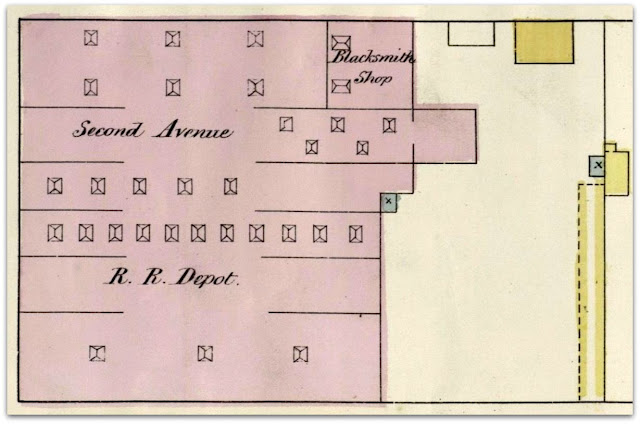 On the south side of 43rd was a depot for the Second Avenue Railroad, a horse-powered railway that naturally enough had its own on-premise blacksmith shop. The railway was replaced by the Second Avenue El in 1880. 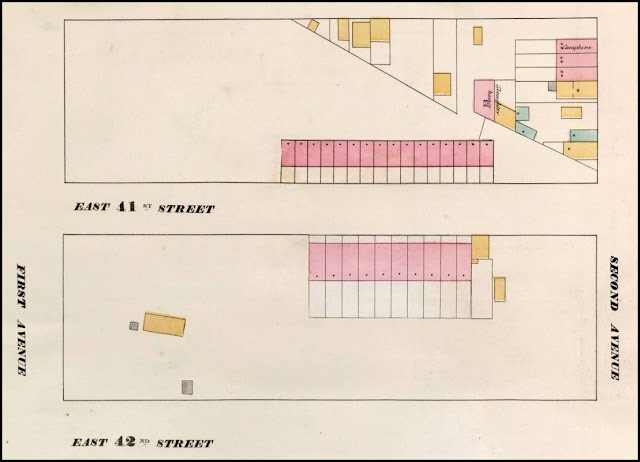 Looking south from 42nd Street, there's little development save for a group of rowhouses on either side of 41st Street. They would survive until 1925, when they were purchased and demolished by the French Company. The 3-H's and Essex House now stand in their place. 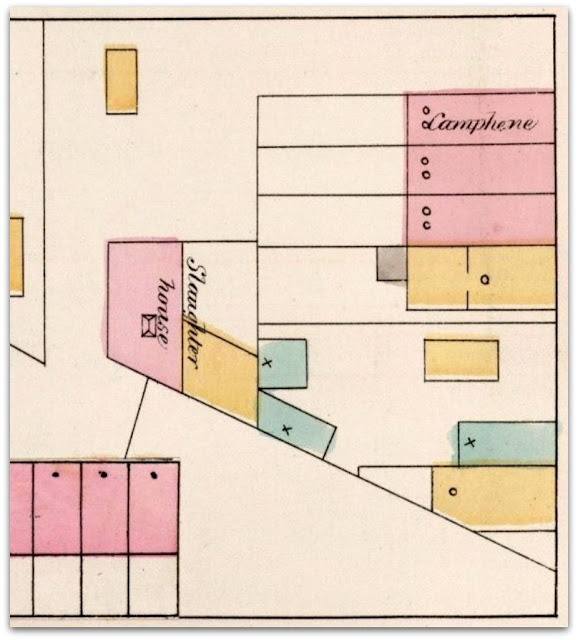 Zooming in, the only commerce recorded in the area was a slaughterhouse and the mysterious Lamphene along Second Avenue.