Tudor City's first liquor store opened in 1934, shortly after the repeal of Prohibition. The colony had been dry for the first seven years of its existence, or at least legally so ‒ there were plenty of speakeasies in East Midtown. 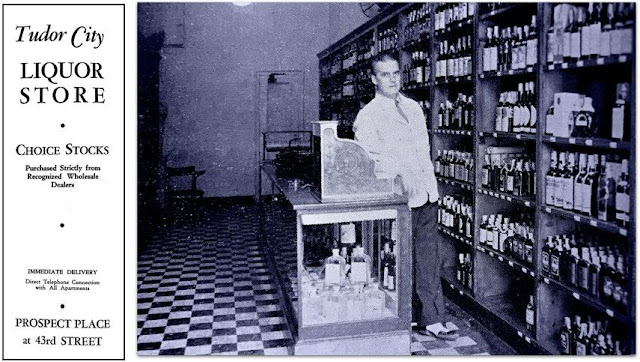 Somewhat hidden in a walled-off space in the rear of No. 45's grocery, the Tudor City Liquor Store had its own entrance in the 43rd Street cul-de-sac. Its interior was as matter-of-fact as its name. 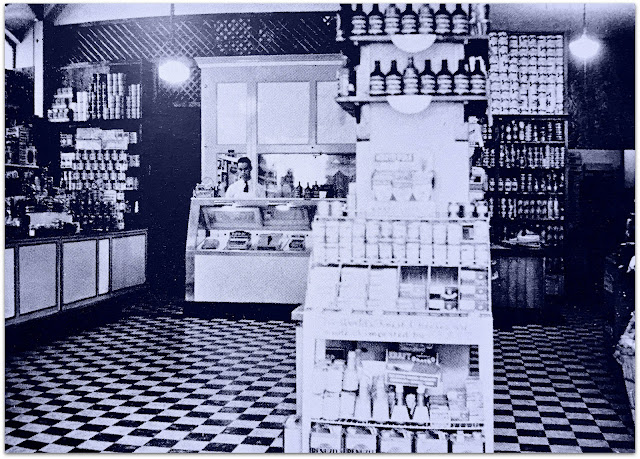 No. 45's grocery, above. The liquor store was behind the latticework at top left. In 1938, the business moved around the corner to a more prime space adjoining the grocery on Prospect Place, today's Tudor City Place. 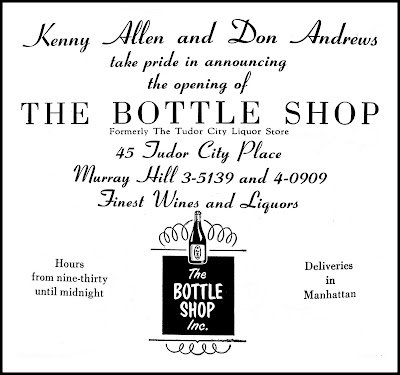 Around 1950, new operators took over the business and gave it a sophisticated new spin, starting with the name. 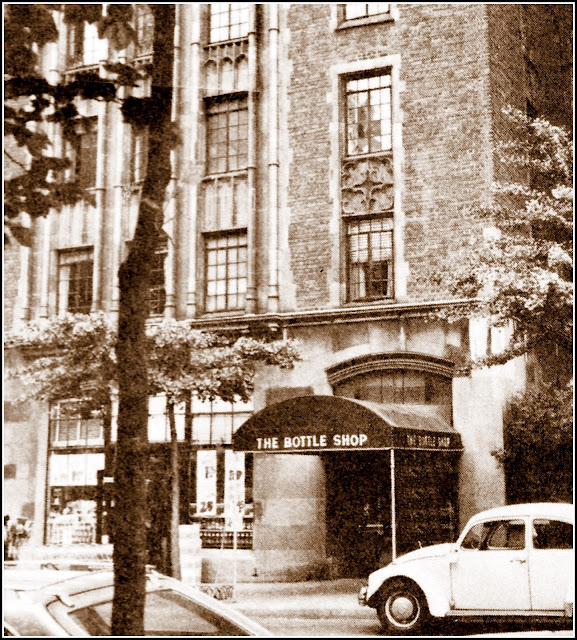 The Bottle Shop in the 1960s, timestamped by the Volkswagen Beetle parked in front. Currently the space is home to a dry cleaner. 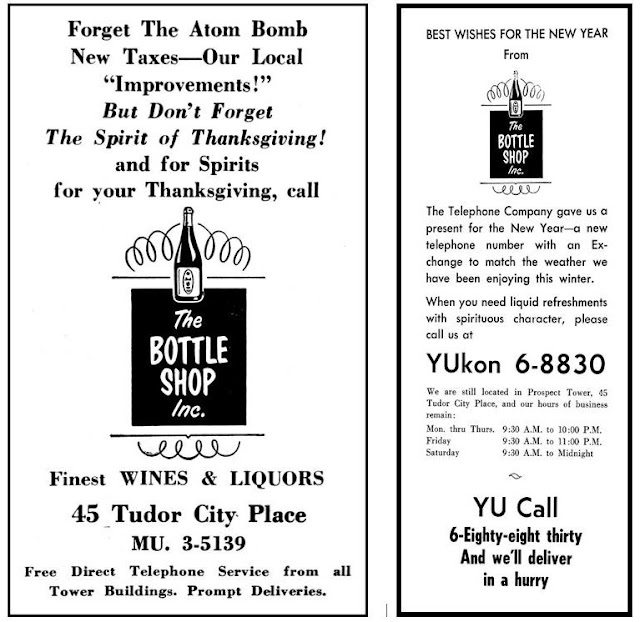 Above, some tongue-in-cheek '50s ads for the enterprise.

The Bottle Shop closed around 1972. Today, liquor is available at Tudor City Wines in No. 5, somewhat hidden in the 41st Street cul-de-sac.