The one constant in New York City real estate is change, a case in point being First Avenue in the 40s, once a gritty slaughterhouse district, now a boulevard of classy glass towers. When seen against Tudor City's Neo-Gothic architecture, these modernist skyscrapers supply some striking ‒ verging on magical ‒ juxtapositions. 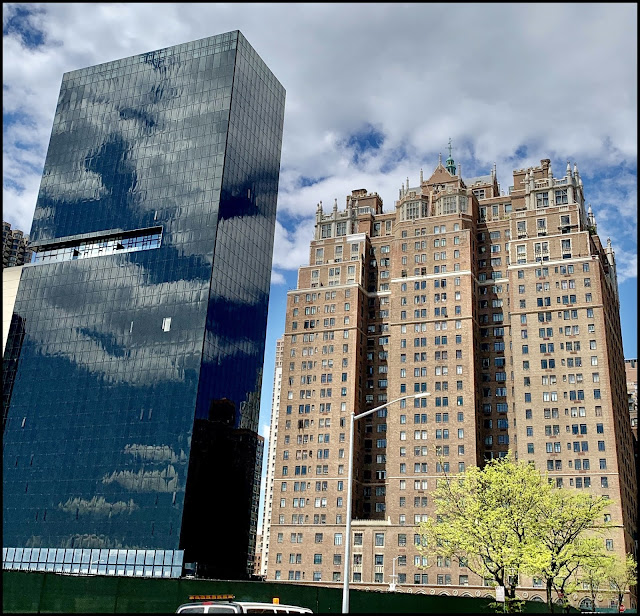 The latest neighborhood arrival is 685 First Avenue, on 40th Street just south of Windsor Tower. Say what you will about the building (above and below), there's nothing wrong with its reflective glass wall. 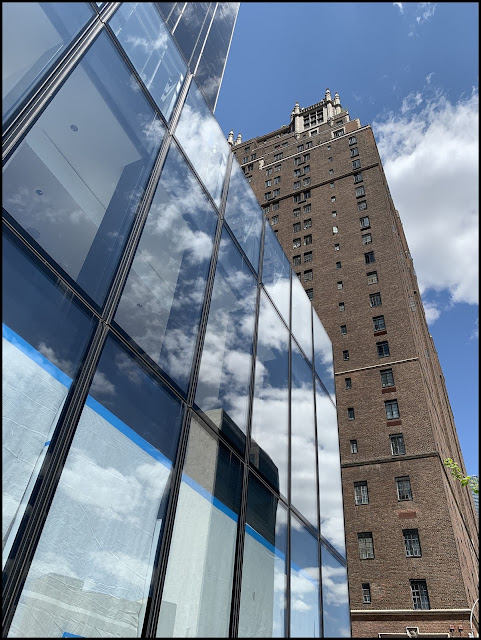 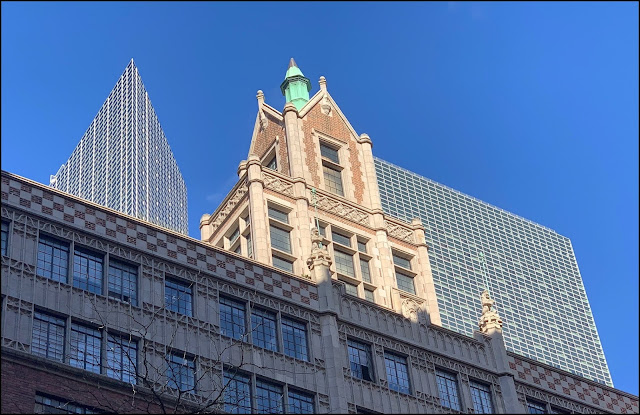 The Cloister water tower and its high-tech neighbors. 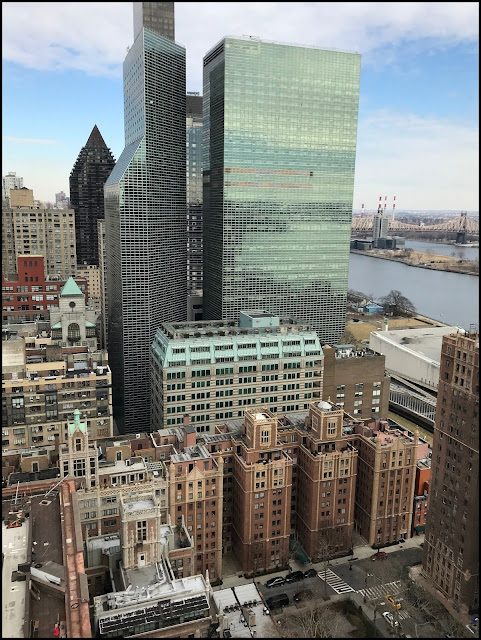 The Manor ignores the skyscraper boom to the north by facing south. 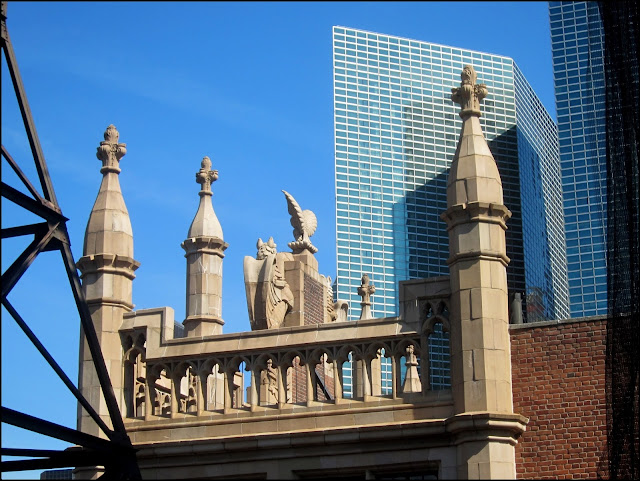