Anatomy of a Photo: THE WOODSTOCK RISING 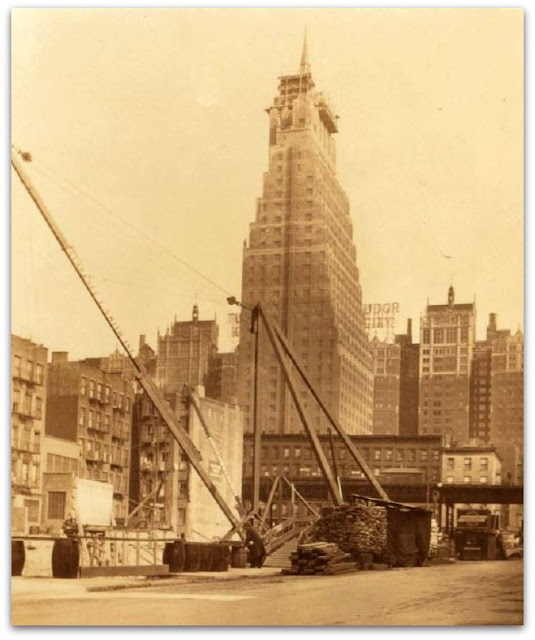 Today, a deep dive into a rare photo made in early 1929, shown above. The view looks east toward Tudor City from 41st Street between 2nd and 3rd Avenues. 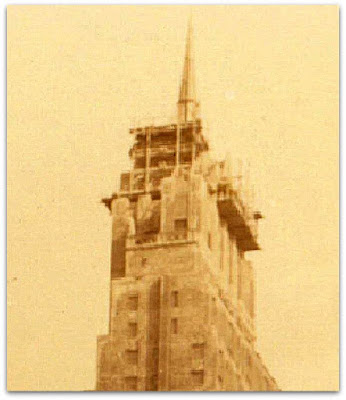 Zooming in on the top of The Woodstock, then in the final stages of construction. The building would officially open on May 1, 1929. 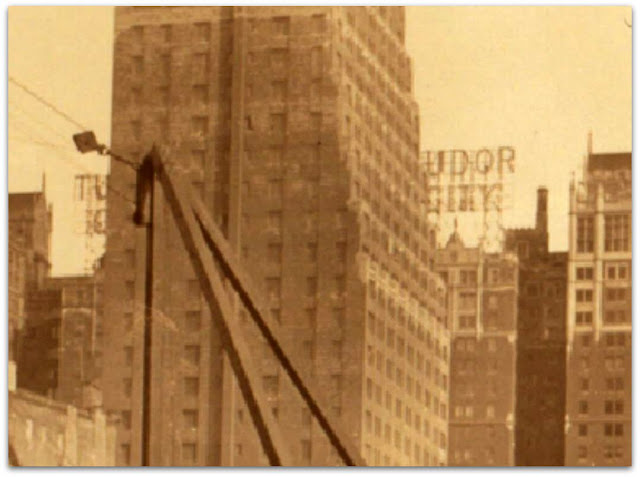 Bracketing The Woodstock, partial glimpses of the two rooftop signs atop No. 45 and No. 25 advertising Tudor City. The latter sign was removed around 1933, since the massive Woodstock blocked it from view along the 42nd Street corridor. 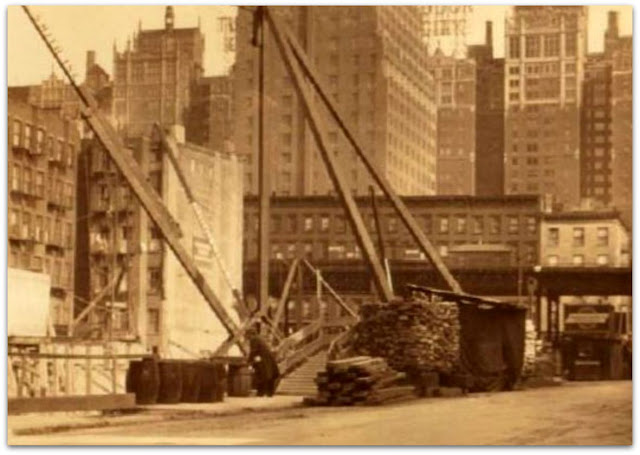 At street level along E. 41st, the construction of the Daily News Building is underway, with cranes and stacks of lumber at the ready.
Email ThisBlogThis!Share to TwitterShare to FacebookShare to Pinterest
Labels: 1920s, Tudor City Sign, Woodstock Tower