Today, three ads that ran in the New Yorker just before Tudor City opened. Written specifically for the magazine, the ad copy has a distinct 'literary' quality, sometimes to hilarious effect.

Above, the covers of the magazine in which these ads ran suggest the New Yorker's intended audience: thrill-seeking, nightclub-hopping, polo-playing young folks ‒ the exact demographic that Fred French was after.

The ads, with summaries and commentary, below. 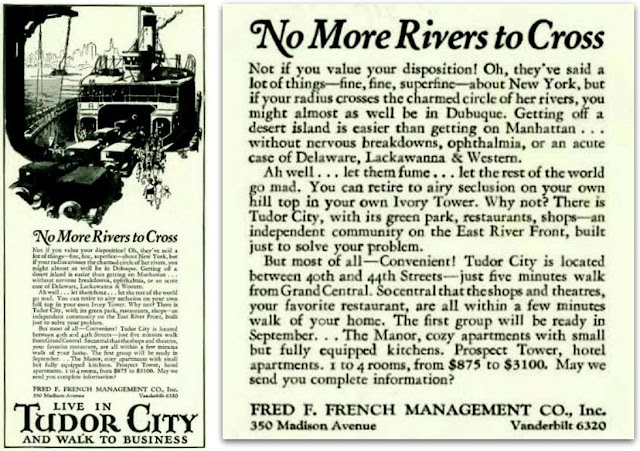 "Getting off a desert island is easier than getting on Manhattan without a nervous breakdown or an acute case of Delaware, Lackawanna & Western. . . Let the rest of the world go mad. You can retire to airy seclusion on your own hilltop in your own Ivory Tower in Tudor City. . . built just to solve your problem." 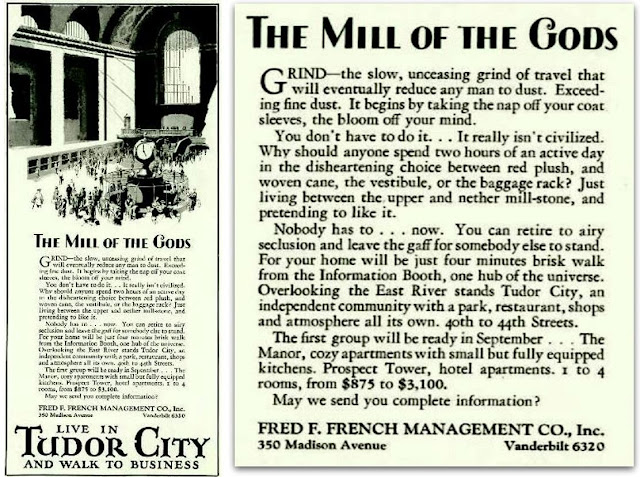 "The slow, unceasing grind of travel will eventually reduce any man to dust. It begins by taking the nap off your coat sleeves, the bloom off your mind. . . You don't have to do it. It really isn't civilized. . . Retire to airy seclusion in Tudor City and leave the gaff for somebody else to stand." 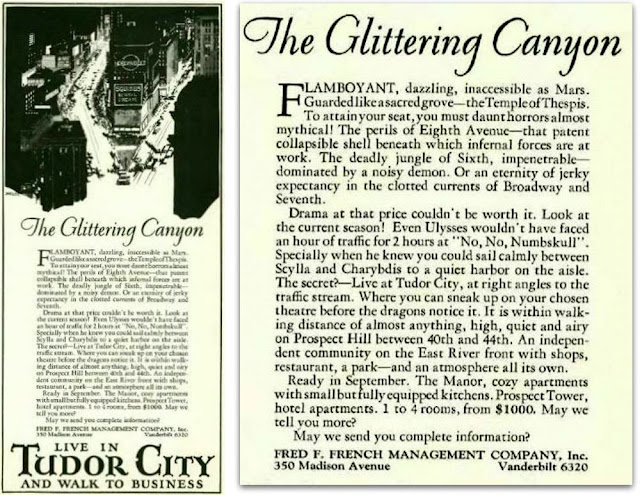 "Live at Tudor City, at right angles to the traffic stream. . . It is in walking distance of almost anything, high, quiet and airy on Prospect Hill. . . with shops, a restaurant, a park ‒ and an atmosphere all its own."

More about Tudor City and the New Yorker here.
Email ThisBlogThis!Share to TwitterShare to FacebookShare to Pinterest
Labels: 1920s, Advertising