The above, from an issue of Tudor City Service (later renamed Tudor City View). Apparently, the colony had gotten some bad press from a business that sounded like it was part of Tudor City, although it was not. Of course, there was no municipal law against this, so it was just a warning. And warnings are like promises, ready to be broken.
Today, a look at three places that failed to be part of the colony. On the left, a matchbook cover plugging a barroom called The Jefferson Grill in Tudor City. The address was 226 E. 42nd Street, in a building next door to the Daily News, not authentic Tudor City. [The reverse touted its sibling, Yankee Diner, in Jamaica, Queens.] Nice try, though. 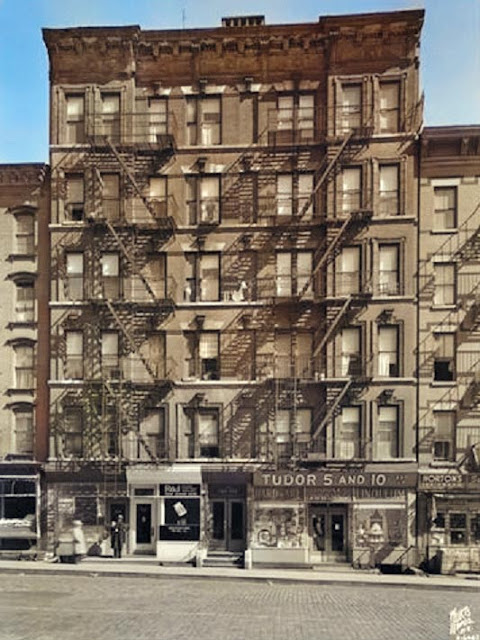 A more common usage can be seen at the bottom right of this photo. The TUDOR 5 AND 10 was a novelty shop specializing in inexpensive merchandise. 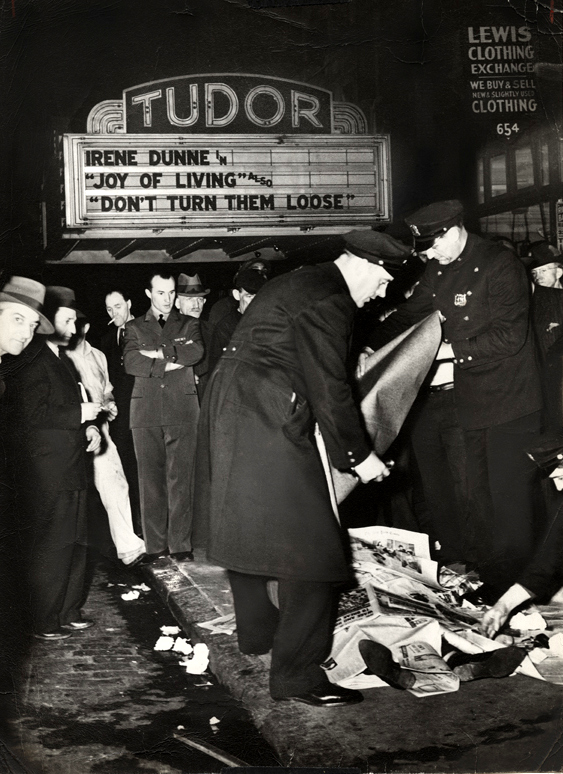 Then there was the case of April 16, 1942, when a car careens out control after hitting an El pillar on Third Avenue, and bursts into flame. Two injured, one slain. Weegee was the only photographer there, and the resulting photo is known as "Joy of Living," after the movie title on the marquee.
The theater was originally called the Tuxedo, then changed to the Tudor around 1930, an homage to Tudor City on Third Avenue and 41st Street.
Email ThisBlogThis!Share to TwitterShare to FacebookShare to Pinterest
Labels: Confidential