Tudor City has had many residents of note over the years, but no one quite like Anna Nicole Smith, shameless self-promoter and Manor resident.

Following a surgical enhancement of her bust, she was discovered by Playboy in 1992. Immediately thereafter, she signs a contact to model with Guess Jeans, and suddenly she is very well known. Around this time, she takes Apartment 518 in The Manor. How long she keeps it is anyone's guess. 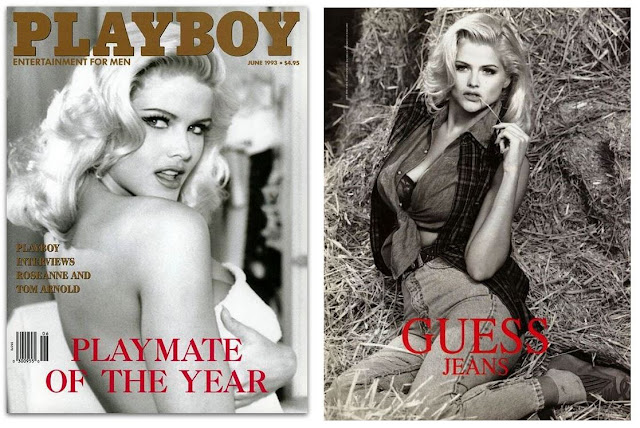 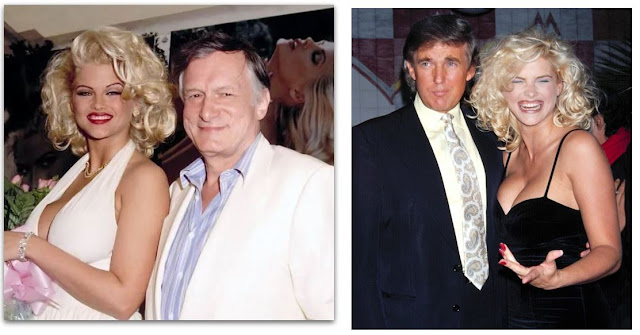 She begins to make a name for herself in the gossip columns by being pictured beside players like Hugh Hefner and Donald Trump, above. But she had a secret.
Back in 1991, Anna Nicole had met an 89-year-old Texas oil tycoon at a strip club, where she was a stripper. They strike up a friendship and one night a year or so later, he asked her to marry him. She said 'yes' immediately. 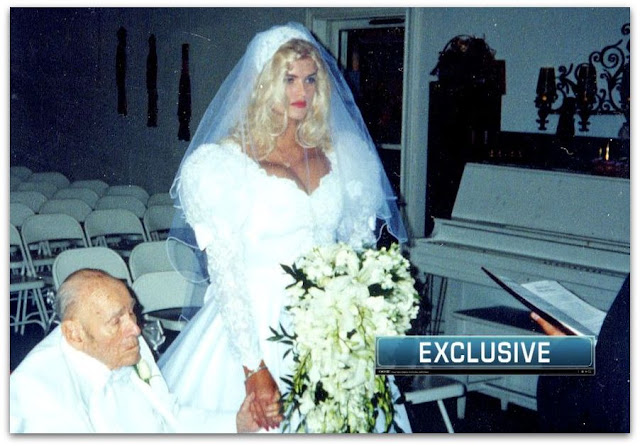 Her career struggles are put on hold so that she could take care of her husband. When he dies a year later, she spends the rest of her life in court fighting with the family over her inheritance. She would never know the outcome, however.
Anna Nicole dies of accidental prescription drug overdose in 2007, aged 39. Four years later, the court would finally rule against her; her estate would get nothing.
Thanks to David Reiff for the tip.
Email ThisBlogThis!Share to TwitterShare to FacebookShare to Pinterest
Labels: Celebs, Manor, Residents