By 1880, Prospect Hill was on the upswing. The squatter shacks on the hill were gone, replaced by single-family rowhouses in the wave of prosperity sweeping Manhattan after the Civil War. In 1877, the city announced plans to build a tunnel over 42nd Street linking the two sides of Prospect Place, at the time separated by a 50-foot drop to the street. The tunnel took three years to complete -- the arch kept collapsing.

40 feet wide and 200 feet long, the completed structure was fine for equestrian traffic, but woefully inadequate following the arrival of the automobile, and thereafter a notorious traffic bottleneck. Razed in 1950 as part of the neighborhood upgrade around the U.N., it was replaced in 1952 with the streamlined bridge that still stands today. 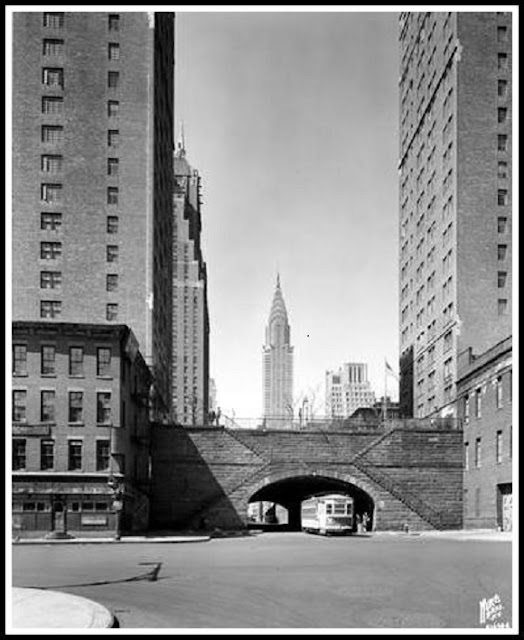 Above, the tunnel in the 1940s. View from First Ave looking west down 42nd St. 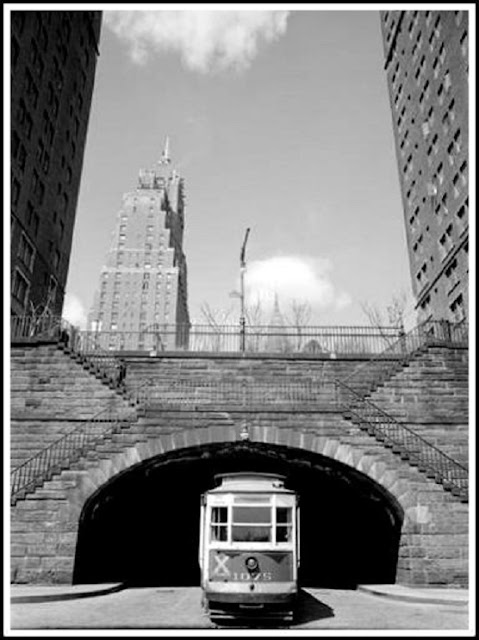 In addition to vehicular traffic, the tunnel was used by the 42nd St streetcar line. 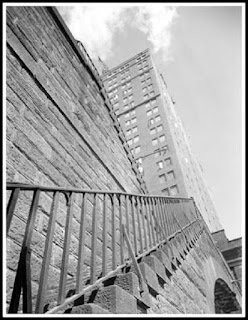 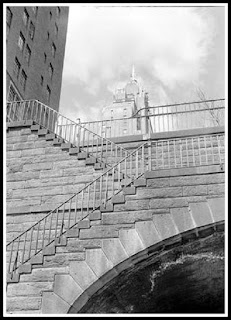 Staircases around the arch provided access to First Avenue from Prospect Place. 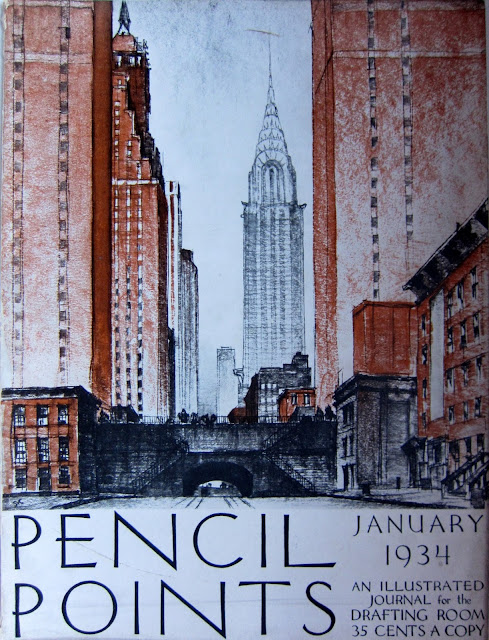 The tunnel pictured on the cover of Pencil Points, an architectural journal, in 1934.