In the spring of 1938, Billy Rose, one of the great showmen of the 20th century, moved into a penthouse apartment in No. 25 (monthly rate: $350). It's a notable address in the Billy Rose story as it's the place where he courted his future wife, swimming star Eleanor Holm. 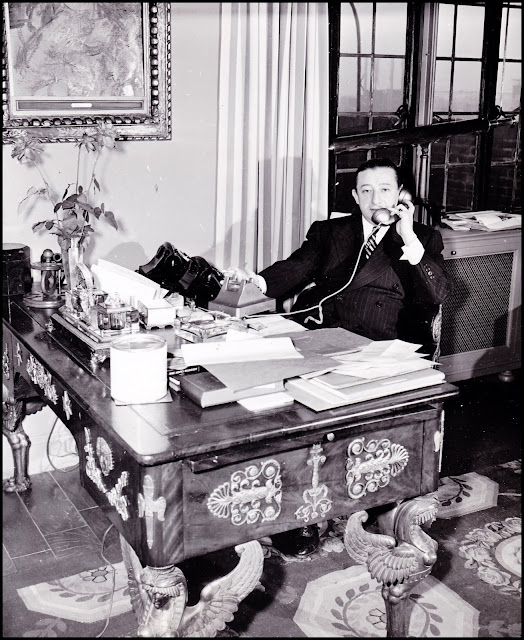 A publicity photo of Rose in his Tudor City penthouse made around 1939. The caption on the back reads

Billy Rose began his career as a stenographer. In less than a year, he had won the stenographic speed championship of America. He became Bernard Baruch's private secretary and sat at table with J.P. Morgan, Judge Gary, Charles M. Schwab and other famed men of industry. He became a songwriter and wrote such songs as "Barney Google," "Me and My Shadow" and "It's Only a Paper Moon." He produced "Jumbo" at the Hippodrome, a lavish spectacle combining the circus and the theater. He dreamed up the New York World's Fair "Aquacade." He designed, created and established the well-known nightclub, the Diamond Horseshoe. He did many other things, too numerous to mention. He is shown here in his office ‒ in his home ‒ on the East River. 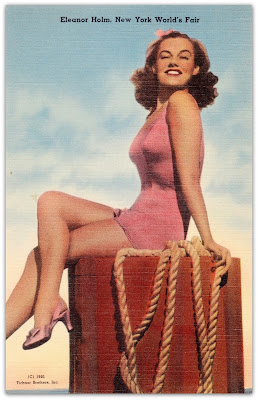 One of the "things too numerous to mention" was his colorful matrimonial life. Rose married five times, and two of his wives were notable figures: comedienne Fanny Brice (the inspiration for Funny Girl) and Eleanor Holm, an Olympic gold medal-winning swimmer whom Rose cast as the star of his Aquacade spectacle at the 1939 NY World's Fair. (at left, a picture postcard of Holm sold at the fair).

Rose and Holm lived together in the Tudor Tower penthouse as his divorce from Fanny Brice was being finalized, but didn't stay there long.  After their marriage in 1939, they moved to fancier digs on Beekman Place.

They were both very well-known figures of that era, each landing on the cover of Time, then considered quite an achievement. Their contentious 1954 divorce (dubbed the "War of the Roses" by the press) was a subject of much idle chatter. 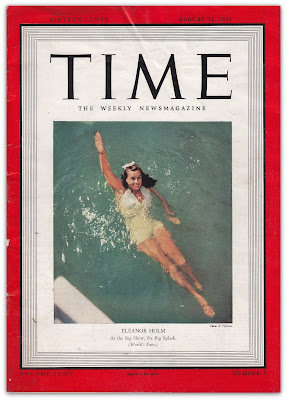 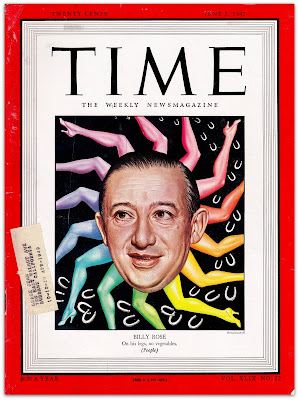