RESIDENTS: Dorothy Knapp, the Most Beautiful Girl in the World

Continuing our series of noteworthy Tudor City residents, meet Dorothy Knapp, a 1920's-era showgirl renowned as "The Most Beautiful Girl in the World." 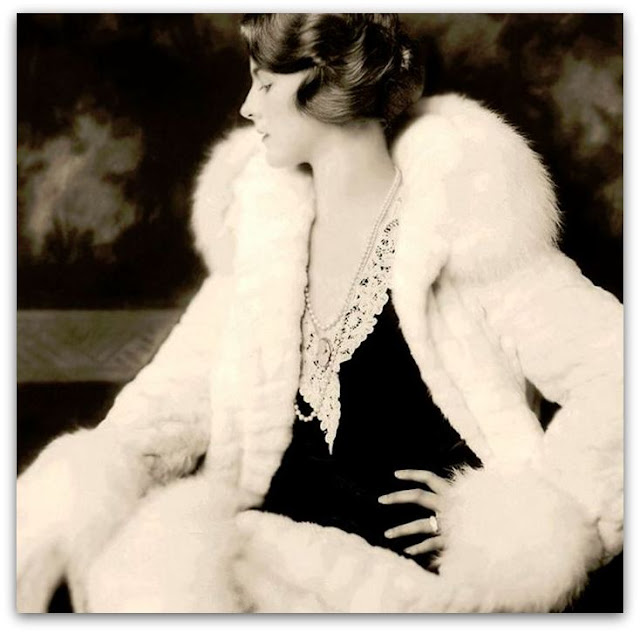 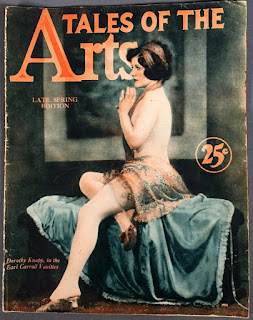 Knapp gets her start after winning enough local beauty pageants to become known as "America's Venus." Broadway talent scouts soon take notice, and in 1924 she's cast in the chorus of the Ziegfeld Follies. Around this time she meets Earl Carroll, a rival of Ziegfeld, and becomes his mistress.

It is Carroll who dubs her the "most beautiful girl in the world" and stars her in his Vanities shows. Suddenly, her star is in the ascent. She poses for artist Howard Chandler Christy. She gives beauty tips to the rotogravure magazines ("Cold water hardens the flesh and keeps it firmly molded"). She lands endorsement deals for undergarments and slenderizing machines. 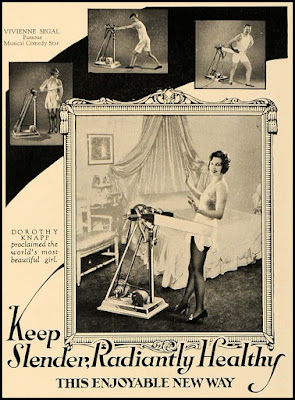 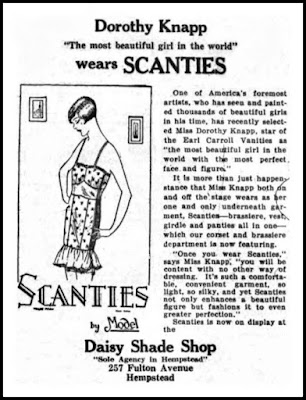 Her decline is as rapid as her ascent. In 1929, she's cast as the lead in the Broadway musical "Fioretta," despite the fact that she can't sing. Fired from the production after the show is widely panned, she sues the backers, unsuccessfully. Her efforts to break into the movies are similarly unsuccessful.

By 1931, she's washed up, and announces plans to enter a convent (which never materialize). She marries a radio announcer in 1933 and divorces him in 1934. In 1936, the syndicated columnist O.O. McIntyre reports that she's "now a sculptress living in Tudor City." Around this time, she gives several interviews about the "hard luck" of being born gorgeous (below). In 1957, she's spotted working behind the jewelry counter in Magnin's in Los Angeles. After that, she vanishes into obscurity, never to be heard of again. 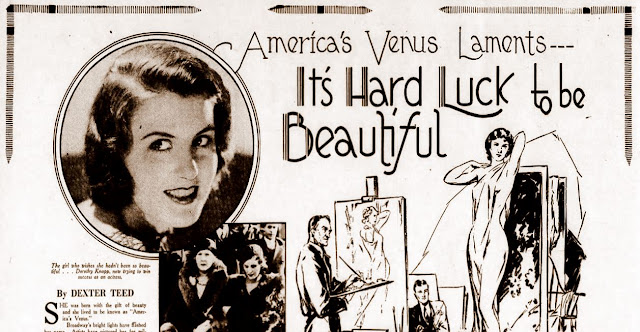 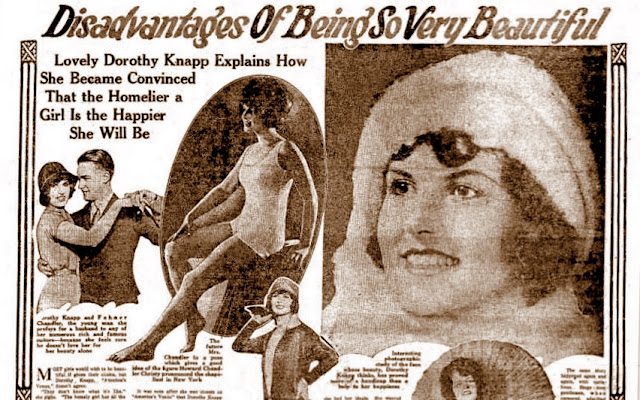