Tudor City and the World of Tomorrow

The 1939-1940 New York World's Fair was one of the 20th century's most memorable expositions, initiated to help lift the city out of the Depression. Dubbed the "World of Tomorrow," the fair introduced such future innovations as television, freeways, fluorescent lighting and nylon stockings. Its focal point was two monumental modernistic buildings, the Trylon and Perisphere, the former a 610-foot-high spire and the latter a sphere with a 180-foot diameter. The fair was relentlessly promoted, with the French Company ballyhooing its proximity to Tudor City. 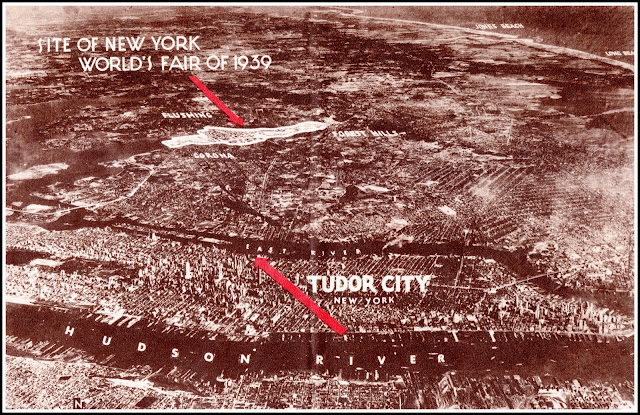 Above and below, aerial photos linking Tudor City to the fair. 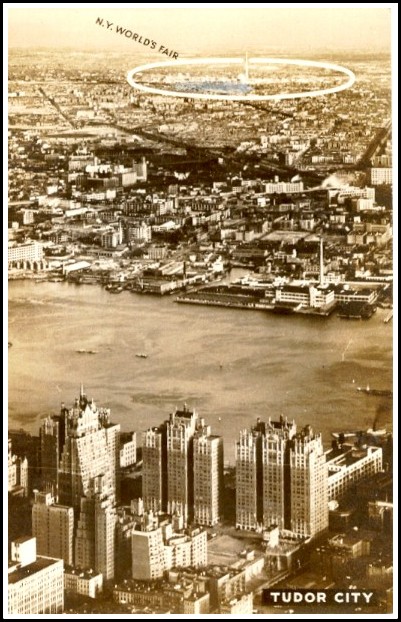 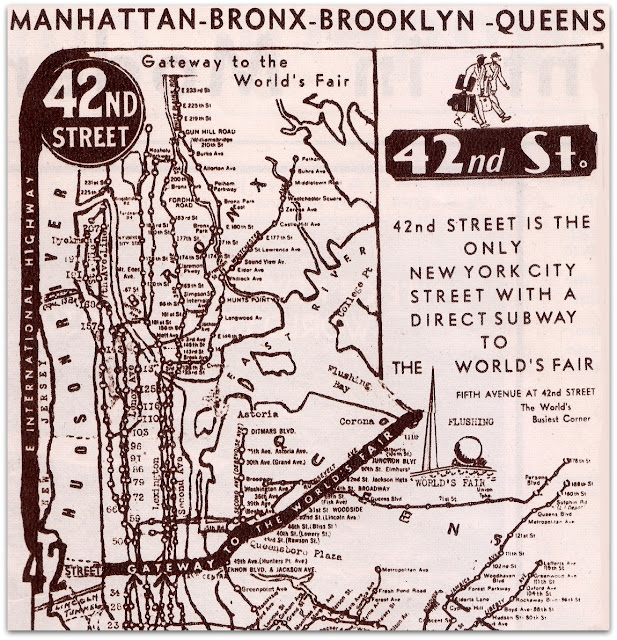 The IND subway inaugurated the "World's Fair Line," an express train that was a 20-minute ride to the fair from Grand Central Station and cost a nickel.
Another reason to live in Tudor City! 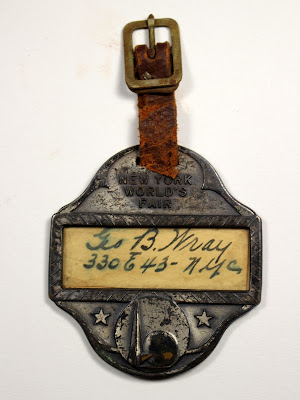 Naturally, many Tudor Citizens visited the fair, and brought home souvenirs.
Above, a luggage tag belonging to Manor resident George B. Wray. 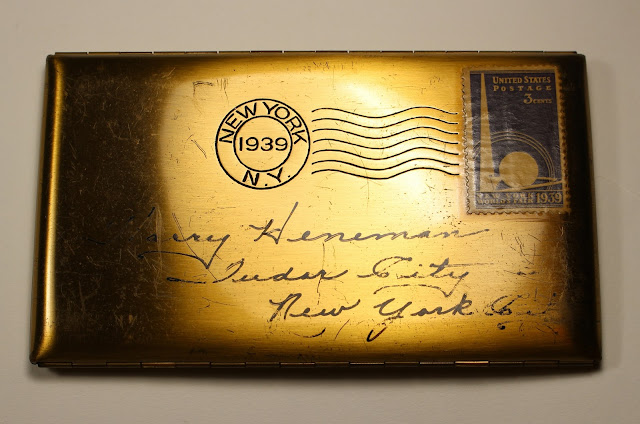 A souvenir cigarette case designed to look like a postcard, complete with a Trylon and Perisphere stamp. Addressed to area resident Harry Heneman.