The NEW LANDMARK Around the Corner

The 1970s are officially history now.

While researching a forthcoming post about Where to Drink Near Tudor City, this blog discovered that the Ambassador Grill ‒ the hotel bar/restaurant just around the corner on 44th and First ‒ was designated a city landmark in January. It's the youngest city interior ever designated, a relic from way back when in 1976.

Designed by Kevin Roche and John Dinkeloo Associates, the Ambassador Grill is a time capsule of louche, disco-era glamour, and of particular interest to the Landmarks Commission because it managed to retain nearly all of its original design elements over the years. 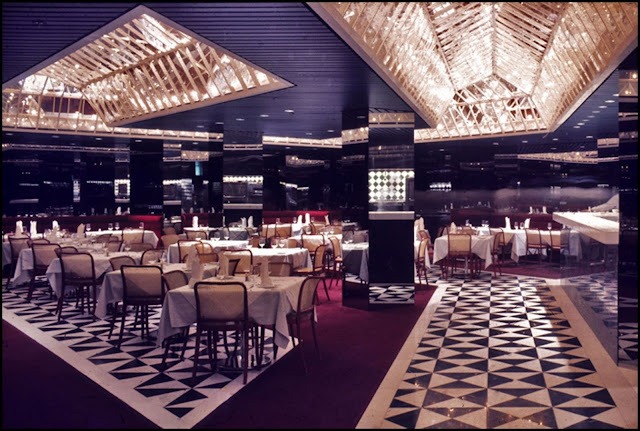 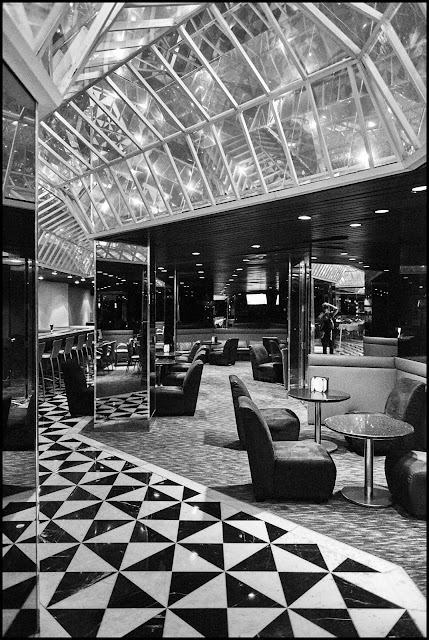 Above, the bar and lounge. In 1985, New York Times architecture critic Paul Goldberger calls the space "perhaps the most sensuous piece of modern design in a public place in New York since the Four Seasons restaurant." 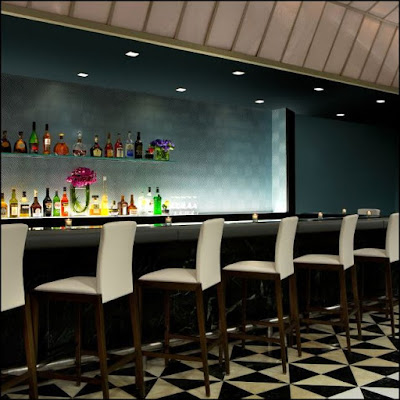 The bar, cue the Bee Gees.

Also landmarked along with the Ambassador Grill is the eye-popping lobby of the hotel, formerly the UN Plaza, now the One UN New York. Splash on some Drakkar Noir and check it out ‒ this new landmark is a mere three-minute walk from Tudor City Place.