The SHARANSKY STEPS, or MONTMARTRE in Midtown

. . . Nearby, a zigzag stone stairway with lamps ‒ a night scene suggesting Montmartre ‒ ascends the sedate shelf of Tudor City, and its picturesque parks. 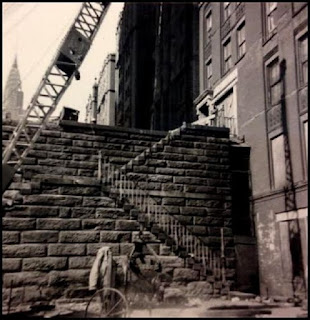 There's been a 43rd Street staircase down to First Avenue since 1877, with the original version (at left) built around the same time as the 42nd Street Tunnel. Both are demolished around 1950 as part of the neighborhood upgrades made for the arrival of the U.N.

In its place, the architectural firm of Andrews & Clark designs a winding granite staircase with jazzy railings and a curved granite wall, inscribed with a plea for peace taken from the Old Testament. The stairwell is named the Sharansky Steps in 1981, in honor of the Soviet dissident/human rights activist Natan Sharansky. We like to think of it as Montmartre on the East River. 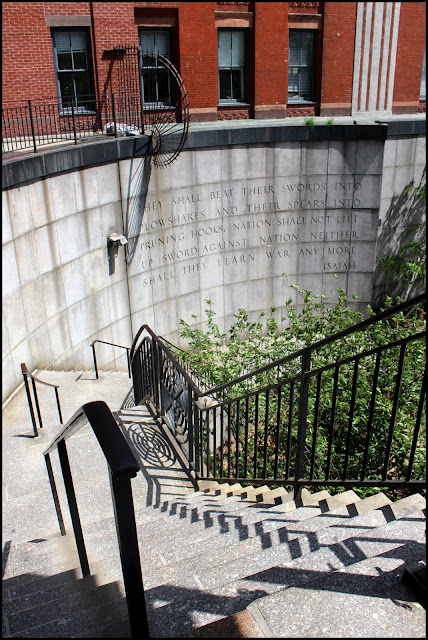 Looking down the steps, to the Isaiah Wall. The red brick building at top is a former warehouse from First Avenue's slaughterhouse past, today refurbished and re-purposed into the Permanent Mission of Bhutan to the U.N. 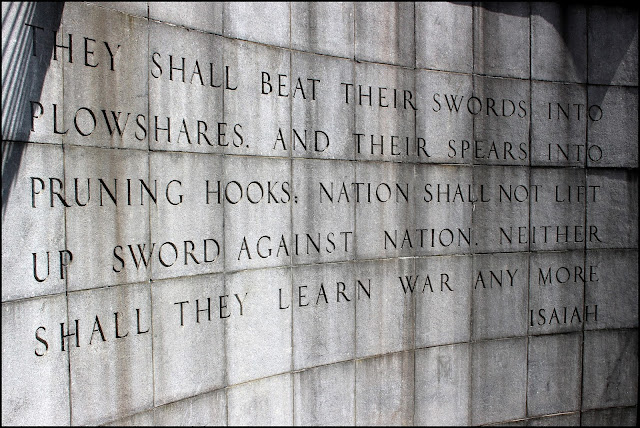 The biblical inscription on the wall is from Isaiah 2:4.