Continuing our series of Tudor City artifacts, today's subject  ‒ a metal-and-glass menu holder hanging near the door of No. 45's restaurant space ‒ is steeped in mystery. 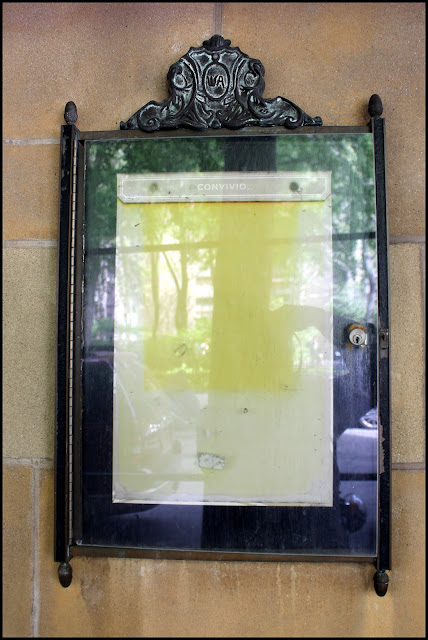 It looks like it's been there from the beginning. . . but has it? 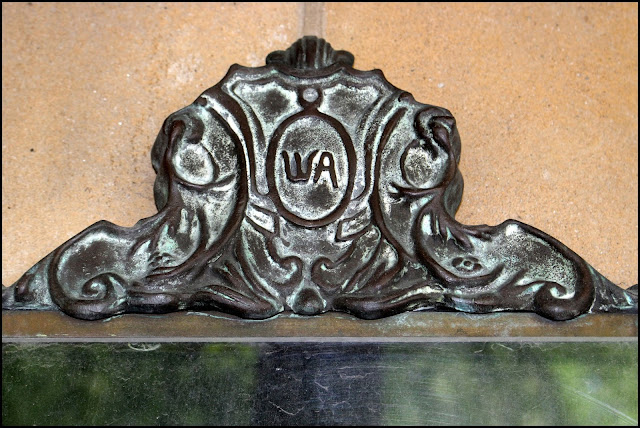 Closer examination shows that the holder is topped with some art nouveau embellishment, including the initials 'WA.' Yet there's never been a restaurant in No. 45 with those initials.

By chance, we came upon a news account of a 1929 auction of the Waldorf-Astoria Hotel's contents. The Waldorf was moving uptown, its original site to be razed and replaced by the Empire State Building. Not incidentally, a good part of the auction was devoted to restaurant equipment.

Other theories are welcomed. . .