Continuing our survey of individual Tudor City buildings, here's the lowdown on the Hotel Tudor, known within the French Company as the Twelfth Unit. It's the only building in the complex not designed for permanent residence, instead meant to be a transient hotel. It remains so today.

➺ Thru-block building has two towers connected on the lobby level, with entrances on both 41st and 42nd Sts.

➺ 17 stories on 42nd St. side, 20 stories on 41st St. side. 300 rooms and suites, including several suites with private roof terraces. Over the years, the hotel variously houses a restaurant, cocktail bar and beauty shop.
➺ The widening of 42nd Street for the approach to the U.N. in 1950 lowers the hotel entrance five feet, at a cost of $101,000. The city picks up the tab.

➺ In 1963, the French Company sells the hotel to an investment group, and since then, it changes ownership (and management) many times. Today, it's the Westgate New York Grand Central Hotel.

➺ Like Prospect Tower, the hotel is topped by a landmarked neon sign that's now unlit. Below, a colorized version of Tudor City's neon corridor, when both signs were shining, adapted from a 1942 photo. 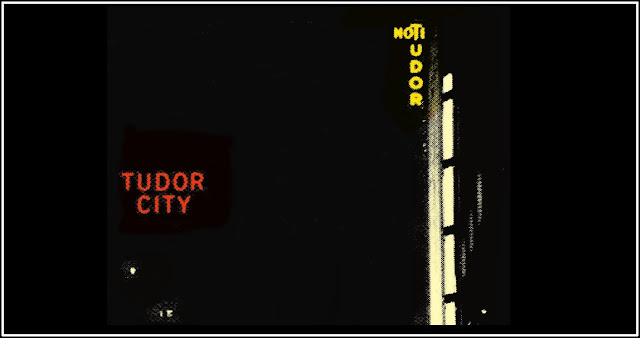