This blog usually doesn't venture too far afield from Tudor City, but today we're traveling a few blocks west to the site of a planned tower opposite Grand Central Station. Right now, it's a giant hole, but it will soon be One Vanderbilt, one of the tallest buildings in New York, and a nine-minute walk from Tudor City.

Here's everything you need to know about it, in bullet points.

❊ The centerpiece of the city's plan to modernize East Midtown's business district, home to some celebrated but rapidly aging skyscrapers ‒ the Chrysler Building, the Daily News Building, etc. Rezoning the area to allow for supertall towers was an initiative of Mayor Mike Bloomberg.

❊ Will be one of the tallest buildings in town, soaring 1,401 feet in the air. Over a million square feet of interior space. 67 stores high ‒ somewhat surprising since the Empire State Building has 102 floors ‒ but One Vanderbilt is a building of the future. Ceiling heights throughout range from 14 to 20 feet.

Some nice fringe benefits come along with the building. 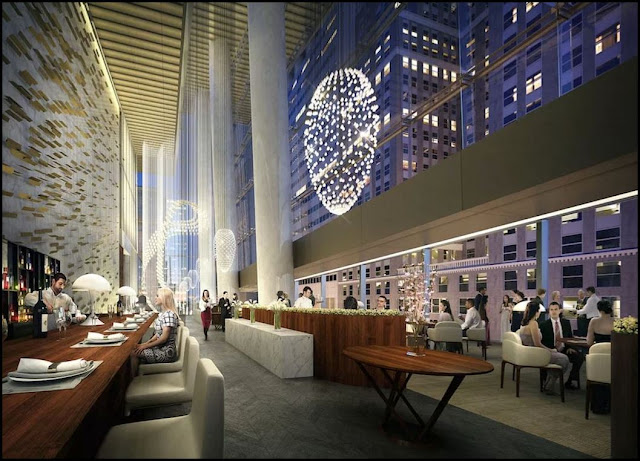 Celeb chef Daniel Boulud has signed on to operate a swish, 100-seat restaurant, yet to be named, on the second floor (rendered above). He's also planning a takeout outpost, Épicerie Boulud, on street level. 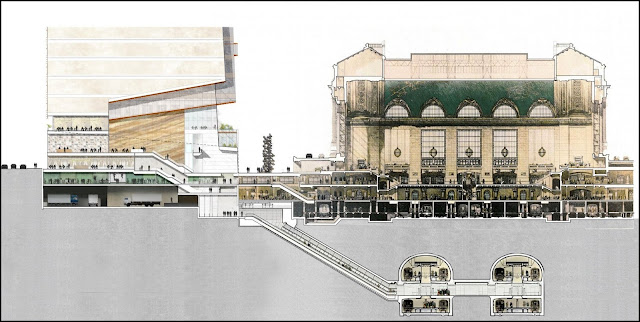 A key part of the deal is One Vanderbilt's agreement to pony up $220 million in transit improvements for Grand Central ‒ starting with a direct connection from the building to the subway and Metro North, shown above. Other upgrades include a new public transit hall, a refurbishment of the subway mezzanines, and additional staircases down to the platforms. 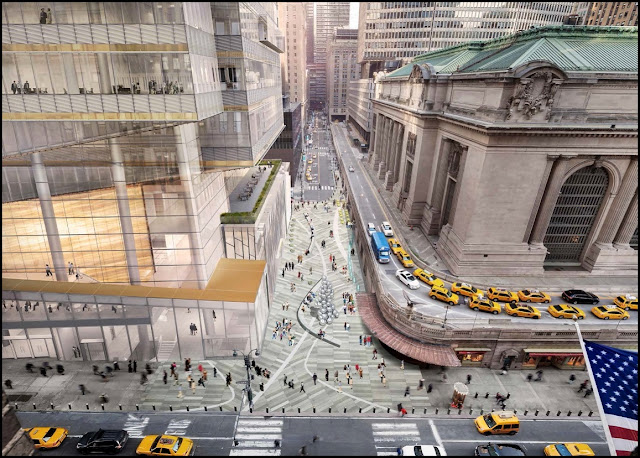 A new pedestrian-only walkway is planned between One Vanderbilt and Grand Central.

Topping off the tower will be a public observation deck at 1,020 feet with bird's-eye views of Tudor City. No word yet on the admission fee.