The GRAYING of Tudor City

Rent regulation laws are first instituted in New York City in November, 1943, part of the federal government's effort to curb inflation nationwide during the wartime boom years. All Tudor City apartments are designated as rent controlled units. Rents are frozen until 1947, with minimal annual increases thereafter.

What's a boon for tenants, however, upends the enclave's demographic. The community, which originally skewed young, starts to gray ‒ the rents are such good deals that nobody moves out.

By the 1960s, Tudor City is widely considered an old folks' home. The following item, run by gossip columnist Walter Winchell in his syndicated column, spells it out. The year is 1969.


Below, period photographs of the enclave's residents back up Winchell's observation. 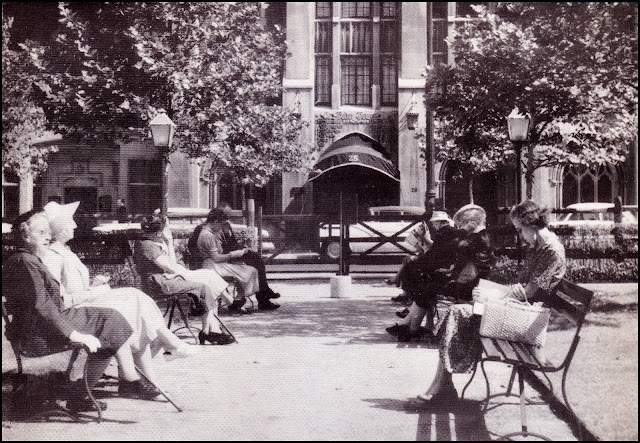 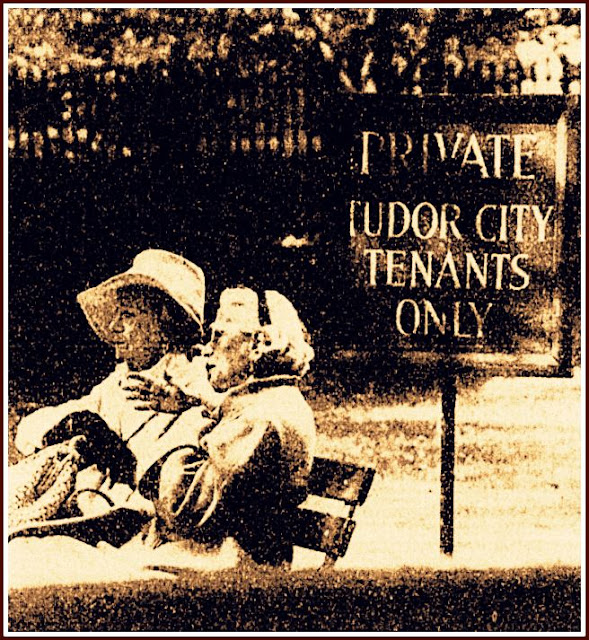 Two ladies in the North Park, 1971. At the time, Tudor City's parks are private.


The aging process abates after Tudor City goes co-op in the late '80s. Although a few rent-regulated units remain today, the tower buildings ‒ with the smallest quarters ‒ are now popular starter apartments for young, aspirational types. Exactly the type that Fred French was hoping to attract back in the day.

Email ThisBlogThis!Share to TwitterShare to FacebookShare to Pinterest
Labels: 1960s