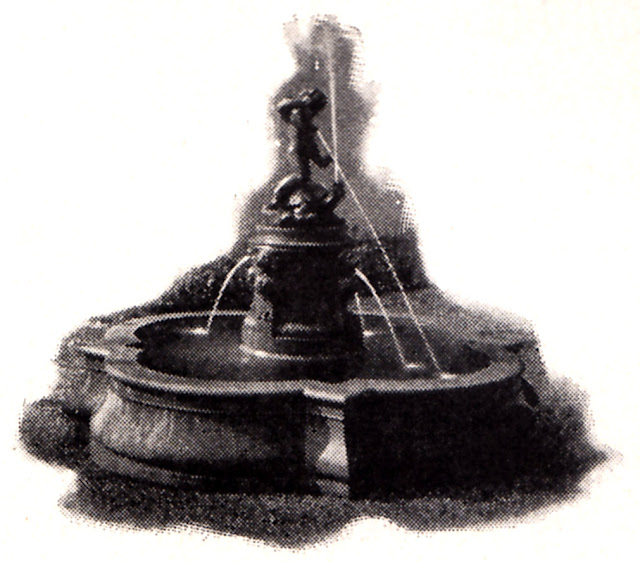 This installment of Lost Tudor City concerns the long-gone fountain, above, that was the centerpiece of the North Park from 1927 to 1949. 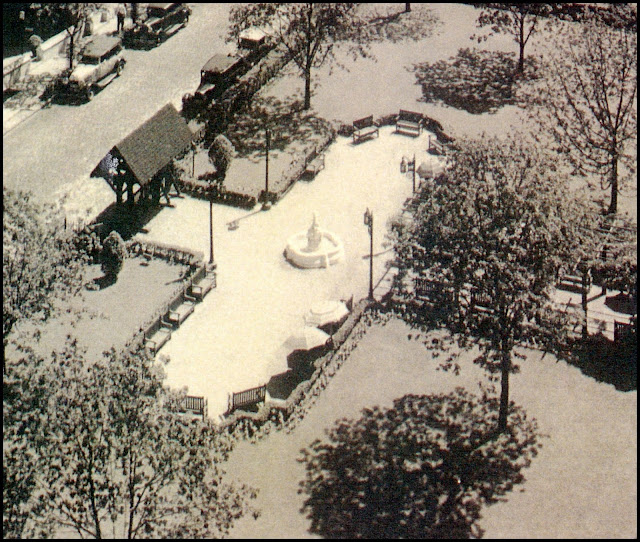 Set in the center of a graveled oval opposite the lich gate entrance, it was the first thing a visitor to the North Park would encounter. 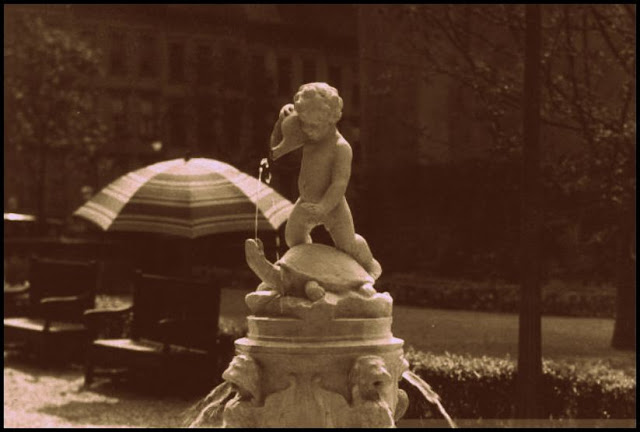 It was topped by a cherub holding a jug, astride a turtle. Water poured out of the jug, as well as from the mouths of lions circling the base. 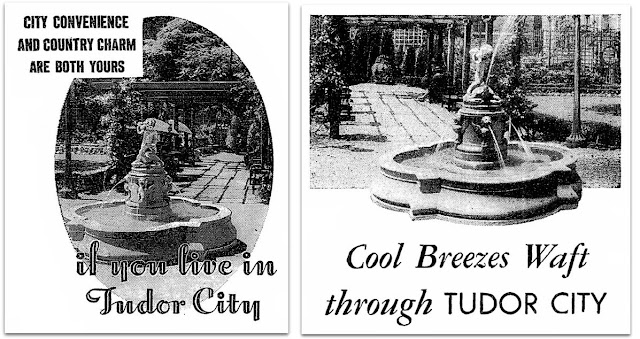 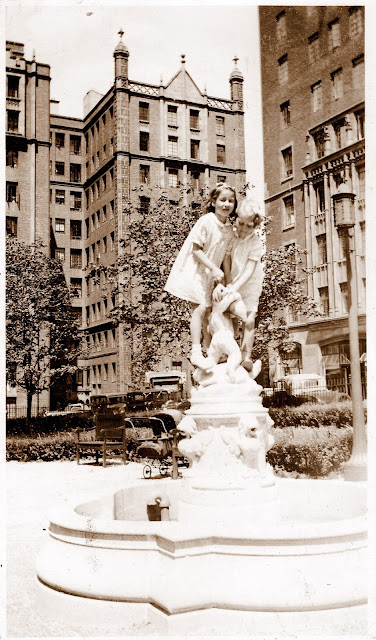 No surprise, it was much beloved by small fry.

The parks were completely redesigned and the fountain removed in 1949, as part of the neighborhood upgrades pending the arrival of the U.N.