This installment of Tudor City on Film zooms in on The Caveman's Valentine, a rather obscure 2001 drama starring Samuel L. Jackson as Romulus Ledbetter, a homeless paranoid schizophrenic who was once a Julliard-trained pianist. Now he lives in a cave in Inwood Park, wears his hair in epic dreadlocks and is convinced that the Chrysler Building is beaming death rays at him.


There are two Tudor City segments, both featuring our homeless hero lurking around No. 25. 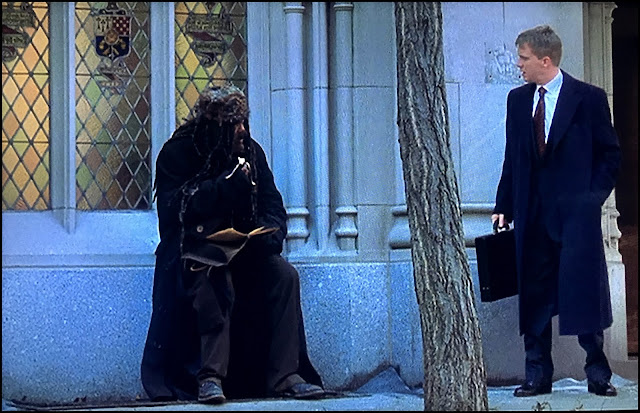 When the film opens, Romulus, outside No. 25, gets into a conversation with one of its residents. 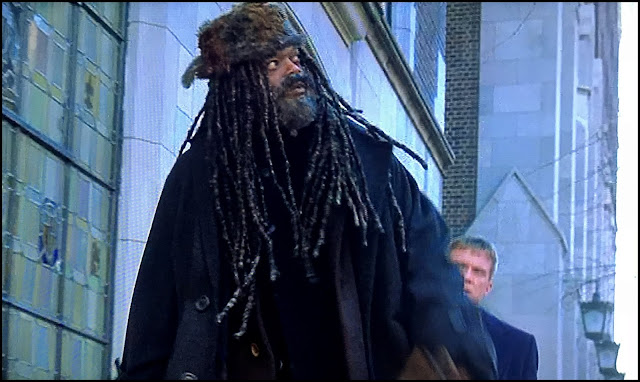 He leads his new friend over to the Tudor City Bridge. . . 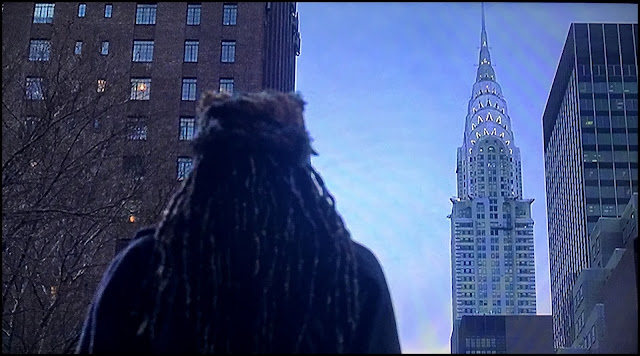 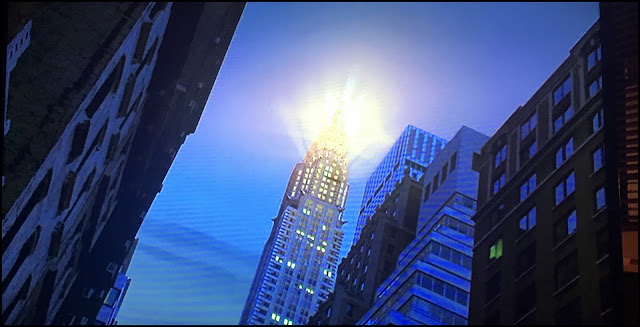 The Chrysler Building responds with a fiery blast. Whoa! 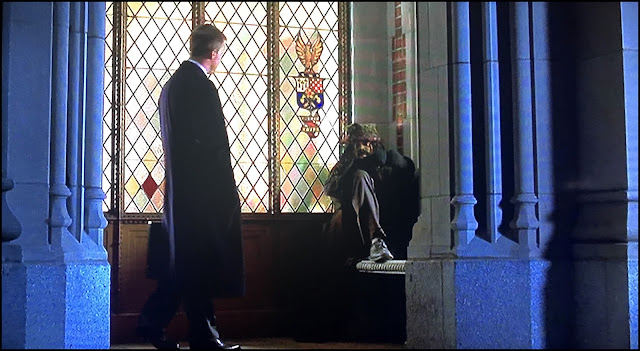 Later in the film, the conversation between the two men continues in front of No. 25, showing its stained glass to fine effect. 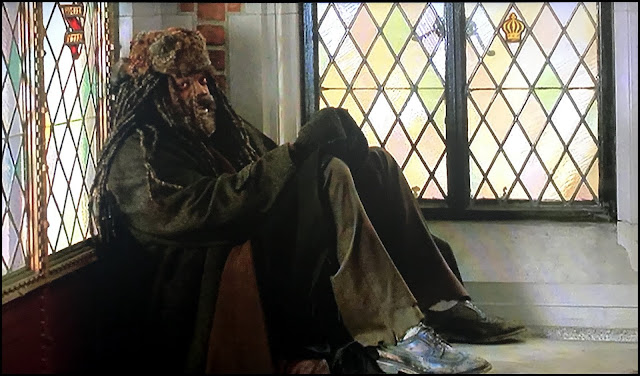 Romulus sneaks a peek at the Chrysler Building. . . 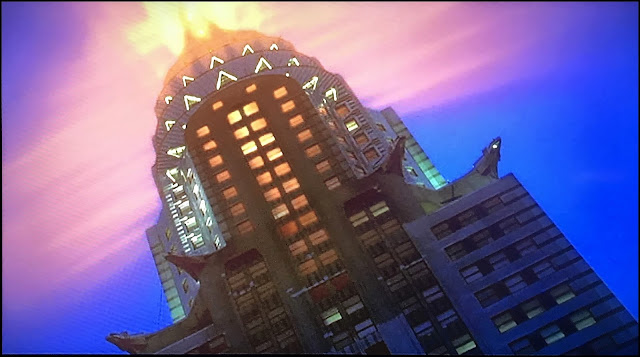 . . . and the Chrysler Building blasts more death rays his way.

Too bad the Evil Chrysler Building subplot is largely abandoned when the plot shifts to a lengthy murder investigation, led by our hero, the "psycho Sherlock Holmes." The picture gets a 45 on Rotten Tomatoes, enough said.